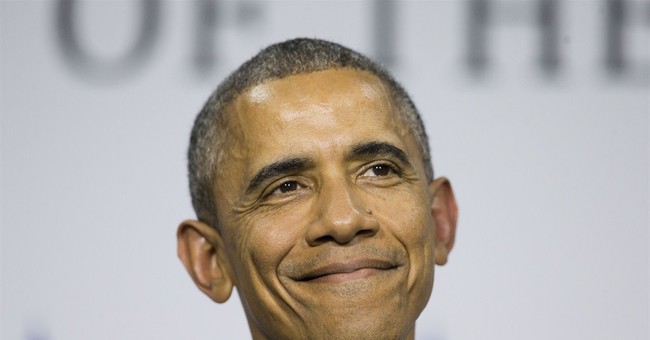 One can’t help but be impressed by the seemingly great strides solar energy has been making of late. Bullish reports abound of added capacity, aggressive expansion, technical advances and a solar jobs boom. Industry elites engage in bold financial maneuvers that would make Gordon Gekko proud.

But don dark enough shades to see through the media-generated glare, and the picture looks less sunny -- and sometimes maybe a little shady.

The boom -- some might even call it a “bubble” -- America’s solar energy industry is enjoying stems neither from overwhelming competitive-market success nor from long-promised technological breakthroughs that finally made solar a major player in the U.S. energy sector. On the contrary, Solar today remains a niche energy provider, generating just 0.6 percent of all U.S. electricity, despite nearly four decades of taxpayer generosity, government favoritism and pampered treatment.

The sobering reality is that Big Solar’s day in the sun simply couldn’t be possible, and doesn’t appear economically sustainable, without continuous diversions of tax money, government assistance, energy portfolio carve-outs and utility cost-shifting schemes of various kinds. All are aimed at creating a “market” for solar that the industry apparently can’t establish on its own.

These are flimsy and fickle foundations on which to build an edifice this large, raising questions not just about the value of this underperforming public “investment,” but about the “correction.” Or will it be a crash? These threats loom should any major element of the solar safety net be removed.

A few lone voices within the industry advocate for weaning solar off these supports, believing that the industry won’t truly have “arrived” until it learns to operate in the real world. But the primary goal of the increasingly-powerful solar lobby—consisting of companies, federally-funded researchers, industry-supported “press,” green ideologues and a rising class of solar-welfare beneficiaries with an entitlement mentality—isn’t self-sufficiency, but prolonged or even permanent status as a ward of the state.

The decades-old solar safety net is much more vast, complex and costly than most Americans realize. Direct subsidies and market-creating mandates are just the tip on an iceberg. Additional means of support include research and development assistance, technology transfers from tax-funded facilities, trade protections, green stimulus giveaways (of which Solyndra was just one example) and Pentagon “clean power” purchasing programs.

Already adept at picking taxpayer pockets, the solar industry is also mastering the art of quietly mooching off of non-solar ratepayers through net-metering—a cost-shifting scheme imposed upon, or voluntarily adopted by, various utility companies across the country. Battles are escalating nationwide as utilities, which coddled and generously subsidized solar customers when they were a tiny minority of ratepayers, suddenly face a backlash for daring to call a halt to the freebies now that the rooftop-solar fad is making these formerly-miniscule cross-subsidies into a major problem.

Easy money, government giveaways, market preferences and other forms of government favoritism have created a gold-rush mentality within the industry that encourages reckless business behaviors and raises risks to taxpayers. With taxpayer money freely flowing, and potential downside risks minimized by mandated markets and government-guaranteed loans, it’s not surprising to see the rise of gaming and speculating on an unprecedented scale.

Rather than proceed cautiously, building a business model that can survive the absence of preferences, the uncertain future appears to bring out even more risk-taking and recklessness on the part of some major industry players—as if they’re betting that removing key supports will become politically untenable if they hurriedly construct a “too-big-to-fail” infrastructure and political base.

Industry boosters make much of the newly-added “green energy” capacity, the jump in the numbers of solar jobs and the economic ripple effects that the green gold rush is responsible for. But they rarely if ever ask how much of this is sustainable if any of the industry’s major supports are removed.

That’s a question we have to ask, and a reality we have to confront, unless “Big Solar” plans to remain a permanent ward of the state.