More Fake News in the Space Industry Will Cost Taxpayers

David Wallace
|
Posted: Jun 15, 2018 12:01 AM
Share   Tweet
The opinions expressed by columnists are their own and do not necessarily represent the views of Townhall.com. 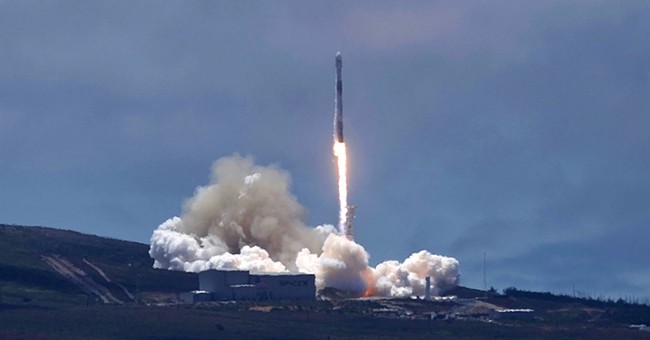 After naming SpaceXthe number one company on the 2018 CNBC Disruptor 50 list, the media outlet proceeded to elaborately underscore how Musk's organization has allegedly "upended the rocket industry" and "[outmaneuvered] mammoth aerospace companies like Boeing."

Don't get me wrong: when I ran for Congress as a conservative Republican and as I continue to provide recommendations on political affairs today, my goal has always been toensure that the American people receive the highest quality outcomes at the lowest possible costs. And while SpaceX sometimes fits this bill, the reality is that it's often not the case.

In the article, Sheetz alleged that "SpaceX undercuts rivals in pricing and performance, helping the company gain marketshare." Outside of the New York-Washington media bubble, however, it's clear that the company leaves much to be desired on both fronts.

In terms of pricing, it appears that the company's pricing scale is on an upward, not downward, trajectory, which will pose trouble when dealing with an industry that is becoming increasingly efficient and cost-effective.

A recent audit of commercial resupply services to the International Space Station conducted by NASA's Office of Inspector General found that the company is increasing its prices by 50 percent even though other contractors are cutting their costs dramatically. This is extremely concerning because SpaceX's prices were already originally quoted as being higher than the other two contractors NASA used for Commercial Resupply Services 2 (CRS-2) contracts.

An honest journalist would take note of that report and question why SpaceX would continue to be utilized for CRS-2. Yet, for some reason, this tidbit was entirely omitted.

Sheetz's other notion – that "archrival United Launch Alliance, a joint venture between Boeing and Lockheed Martin – has certainly been put on notice," is also misleading at best. ULA has had more than 100 rockets go up without a hitch. Ask those that have had to clean up SpaceX's messes at the Cape Canaveral launch pad if the company has a comparable track record.

Quality control reports can probably explain why SpaceX experiences more problems than its peers. For example, a December 20th report from the Inspector General of the Department of Defense foundthat SpaceX was responsible for 33 of the 68 major contract nonconformitiesin the space launch program. To give context on the extent of the problem, it defined a major nonconformity as"nonfulfillment of a requirement that is likely to result in the failure of the quality management system or reduce its ability to ensure controlled processes or compliant products or services or both." That's not something that a serious journalist would take lightly.

While Sheetz fawns over SpaceX's so-called "achievements [that] have many awestruck," such as its launch of a rocket that the government may have little use for due to its 5-year delay and its constellation of 4,425 satellites that Musk has said could overextend his company, other contractors are working much more quietly on projects to ensure their results meet expectations. Blue Origin, for example, is perfecting its New Shepard space tourism rocket, while ULA is developing the capabilities to get to Mars. Many journalists may not give their efforts the time of day, but if history is any indication they will achieve their goals faster and more efficiently than SpaceX will.

It's a shame that the mainstream media continues to misconstrue the state of play in the space realm to bureaucrats, policymakers, and the American people at large. Letting biases and showmanship get in front of the facts can not only waste taxpayer dollars but also put our national security in an increasingly vulnerable position.

Hopefully, more honest political analysts and journalists will step up to the plate and separate fact from fiction before it's too late. The space race with China is heating up to unprecedented proportions. If there was ever a time to enforce media accountability, now is that time.