The Fiscal Crisis is Scarier Than the Financial Crisis 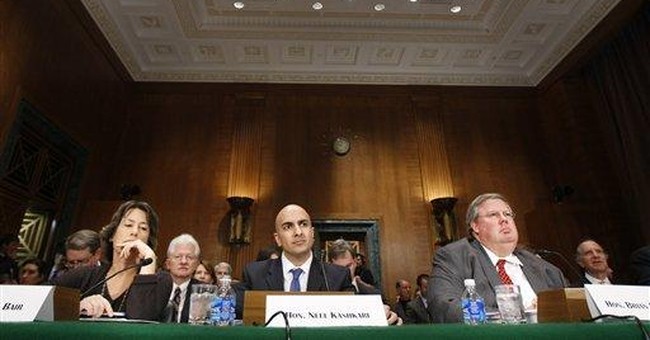 Have you been worried about the financial crisis the past few months? Well if the chaos in the credit markets has had you spooked, the looming fiscal disaster should have you positively terrified.

The financial crisis has been riveting to watch, and it has captured all of our attention. Unfortunately focusing on the budget deficit and the growing unfunded liabilities of the government is about as interesting as watching paint dry.

In the long run though Americans should be much more concerned about the fact that over the past few decades our government has created a fiscal time bomb that is getting harder and harder to defuse. Rapidly rising government spending and the increasing liabilities of Medicare and Social Security have already put Americans more than $53 trillion in the hole as of the end of last year. That amounts to $175,000 for every man, woman and child in America. And that doesn’t include all the new liabilities added to the books over the past few months in response to the financial crisis.

There’s no way that the American economy can absorb liabilities on this scale and still promise the American Dream. Already the bond rating agencies are warning that America could lose its AAA bond rating in the near future.

So what are our political leaders doing? Unfortunately, all the wrong things.

Over the past couple of decades politicians have delivered a one-two punch to the health of our economy: they have consistently increased the benefits promised by entitlement programs—most recently with Bush’s Medicare prescription drug benefit—while simultaneously reducing the number of taxpayers who will be on the hook for paying the bills when they come due.

Under current tax laws almost 38% of income tax filers have no tax liability. Twenty years ago that number was only 20%. After this next Presidential election that number is likely to rise to 48%, meaning that almost half of “taxpayers” will have no skin in the game when politicians promise to increase government spending.

If you aren’t paying for the spending, why worry about the consequences?

Politicians are already in the habit of promising more than the government can reasonably deliver—that’s how we got into this financial hole that we are in already. What will happen when almost half of all “taxpayers” are able to make the other half pay for the benefits they vote for themselves?

Nothing good, I assure you. The burden of the benefits government has already promised is threatening our economic health already. Imagine what will happen once a newly liberated Democratic Congress starts focusing on universal health care.

Politicians have always been in the business of promising a free lunch to their voters, and to many voters it may seem that they are getting one. But eventually all of us will have to pay the price for ever-expanding government as the bills eventually come due.

As depressing as the recent economic news has been it’s nothing compared to the future challenges our country faces unless we get our fiscal house in order.