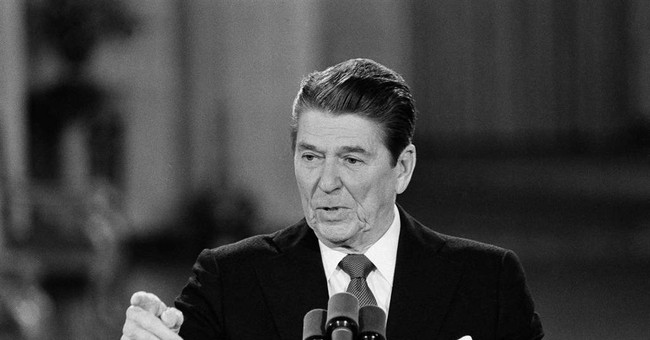 Hollywood put out some great movies in 1939, films such as Gone With the Wind, The Wizard of Oz, Mr. Smith Goes to Washington, and The Hunchback of Notre Dame. But one movie that year—now largely forgotten—served a purpose even greater than helping a Depression-ravaged American public forget their dire straights, not to mention the storm clouds gathering around the world. It was called, Code of the Secret Service, and it starred a handsome young actor named Ronald Reagan.

Jerry Parr was nine years old the day his dad took him to a Miami theater to see Reagan play a G-Man named Brass Bancroft. Nearly forty-two years later, Jerry Parr was the Agent in Charge of the detail protecting that once-young actor who became the President of the United States.

And on March 30, 1981, Parr’s quick thinking and reflexes became part of history as he pushed President Reagan into a limousine when gunfire erupted outside the Washington Hilton Hotel following a speech to a labor group. There is an iconic photo of the moment capturing the intense grimace on Parr’s face as he forcefully protected his charge.

Jerry Parr, and his wife Carolyn, a retired judge from the U.S. Tax Court, have written a new book, a moving memoir of that fateful day and of Jerry’s life and career. It’s called, In the Secret Service: The True Story of the Man Who Saved President Reagan’s Life.

Parr, who retired from the United States Secret Service in 1985, shares a moment by moment recap of what happened on that sidewalk and in the limousine, including his decision to change course and head to the hospital instead of back to the White House. Mr. Reagan mentioned to Parr, “I think you broke my rib.” And while the agent pondered the prospect of having so wounded the president he noticed Reagan wiping some blood from his lips. “I must have cut the inside of my mouth.” But Parr saw that the blood was “frothy” and instantly realized that as a sign of a lung injury. Next stop GW Hospital. It was a decision that saved Reagan’s life.

Jerry Parr’s career in the USSS began a little more than a year before another president was shot—that one in Dallas, Texas, and with no happy ending. Parr was in Tennessee at the moment of the shooting, but made his way to Dallas a few days later to conduct numerous interviews, including many members of Lee Harvey Oswald’s family.

The book is filled with interesting stories about the Johnson, Nixon, Ford, and Carter years, as well as the Reagan tenure. But there are no salacious tidbits of gossip—the stuff of tell-all books written by purveyors of innuendo and helped along by a few disreputable miscreants who sell their souls and betray vital trusts for selfish reasons. In the Secret Service is a reminder that there are some—many, many—dedicated public servants who do their jobs because they have integrity and a sense of mission above and beyond themselves.

Parr was uniquely positioned to observe the impact of the shooting on Ronald Reagan, particularly his faith that God had spared him for a purpose. Reagan was comfortable talking about spiritual things because they were, indeed, very real to him. In fact, the book is really a story of God’s grace—in Reagan’s life, and the lives of Jerry and Carolyn Parr. It is also a story of finding and doing God’s will.

After the events of March 30, 1981 were long in the rear view mirror, and Mr. Reagan had fully recovered, Jerry Parr asked him, “Did you know you were an agent of your own destiny?” He told the president about the visit to that Florida movie house back in 1939, and how he saw the film many, many times thereafter. It inspired a little boy to become an agent like Brass Bancroft. Reagan smiled and in a typical use of humor replied: “It was one of the cheapest films I ever made.”

It was also—in a very real sense—the most important one he ever made. Nancy Reagan said, “Jerry put himself in harm’s way to protect Ronnie, and I am forever grateful.”