Why Huckabee Should Stay In 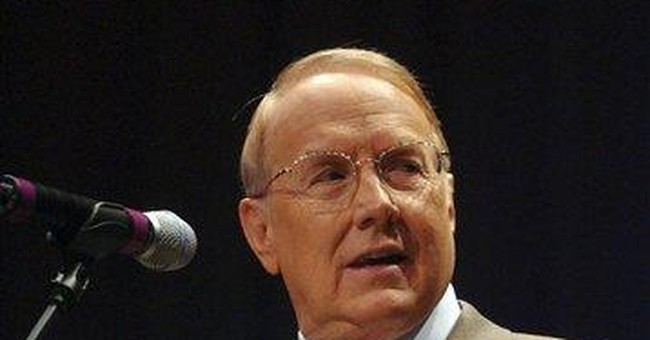 Against the backdrop of the current trend of roller-coaster/whiplash politics, I venture a few thoughts making a case that it really aint over until the formerly fat guy sings.

Mike Huckabee should resist any pressure, subtle or not so much, suggesting that he follow the lead of Mitt Romney and suspend his campaign. Of course, there is no indication whatsoever that he plans to do anything other than forge ahead, but this political season has been full of surprises and high drama.

In case you hadn’t noticed, it’s still a long time until the Republican National Convention, which doesn’t convene until Labor Day (September 1st) in Minneapolis. This will be the latest any major party convention has ever been held. The Democrats will meet in Denver the week before.

Mr. Huckabee’s continued campaign is actually very healthy for the party and the process, calls for stop-the-race unity notwithstanding. First, though Romney suggested that a protracted campaign would delay a party-wide national campaign, it’s actually more likely that any such national unity campaign, with the nomination being a done deal, would compete poorly for media attention as compared to the apparent fight to the finish of the other gal and guy.

The Democrats will have high drama while the Republicans could become the victims of the political equivalent of writer’s strike-driven viewer apathy. There simply will be no news there. Shadow boxing seldom draws the crowd a real match does – even a seemingly uneven one.

Then there is the personality thing. Mike Huckabee has one. John McCain is a great American, but he is not a great communicator. As people look for the “Reagan-factor” these days, I think it must be acknowledged that he was a president known first and foremost as The Great Communicator. And, if Barack Obama is the Democratic candidate in the fall, Mr. McCain will make many people long for the witty charm of Bob Dole.

Governor Huckabee is a dynamic and charismatic communicator who could go toe to toe with Obama in the war of words that a presidential campaign essentially becomes. His preacher training would serve him well.

And, temperament is part of personality. In the past Democrats had to scramble to deal with bimbo eruptions. Well, Republicans may soon find themselves having to handle anger eruptions on the part of their leader. This is being downplayed right now as we hear the call for unity, but it’s a very real potential problem.

Mr. Reagan had a temper, by the way – his microphone seizing indignation in New Hampshire (1980) is a famous example. But, few would suggest that his capacity for ire was a defining or dominant trait. Can the same be said of the Senator from Arizona?

People tend to a resist a mad man (as in anger, not the lack of sanity). Mr. Huckabee is certainly someone who comes across as friendly, sincere, and inviting. The platform is his comfort zone – and he is the same up close and personal.

And, there is the issue of conservative cultural values. It’s clear that John McCain’s main task during these post unity speech days is to shore up support from conservatives. However, the indication is that, despite the top-down plethora of endorsements, many in the grass-roots aren’t so sure – yet. So, it’s a good time for a real look at Mike Huckabee. Until now he’s been competing for conservative attention with Mitt Romney and others.

Is it too much to ask that before Republicans rush to the warm fuzzy of unity that one more look be given to the man from Arkansas? For that matter, maybe it will be the first look for some. What’s the harm in that?

There are some primaries on Tuesday in and around Washington, D.C. (Maryland and Virginia) – and it will be interesting to see how much the voters (the ultimate arbiters) will fall in step with the new party line.

Finally, though the war on terror in general, and the conflict in Iraq, in particular, were cited by Mr. Romney in his suspension speech, it’s far from clear that running a largely single issue dominant campaign is the best strategy for winning the White House. Certainly national and international security issues are paramount concerns – and represent major distinctions between the two parties – but a lot can happen between now and November. Prolonged wars are inherently unpredictable.

It’s the war, stupid – actually might not be this year’s victory mantra. Yes, it’s a vital issue, but does it really trump everything else?

Conservatives should take a good look at Mike Huckabee before all is finally said and done.

It’s still early in February – and a long way to September and November.