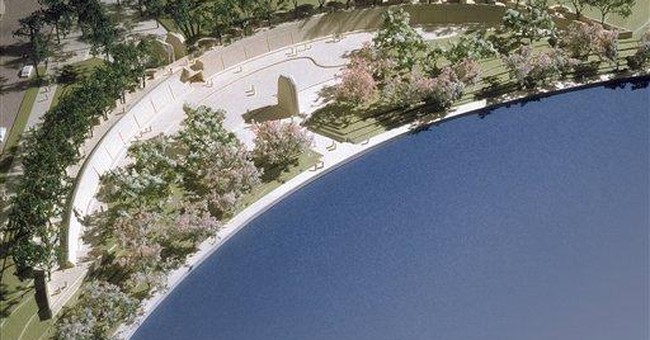 Forty-five years ago this summer Martin Luther King, Jr. gave the address he is best known for – long remembered as the “I Have a Dream” speech. He said things like “I have a dream that one day this nation will rise up and live out the true meaning of its creed: ‘We hold these truths to be self-evident: that all men are created equal.’”

Slightly less than five years later the Dreamer was assassinated on April 4, 1968.

Thirty-five years ago this month the Supreme Court handed down the infamous “Roe v. Wade” decision hastening our societal slide toward a culture far too comfortable and familiar with violence and death.

Both the legacy of Dr. King and the fallout from that 1973 legal bombshell sail very close to each other again over the next few days. This is viewed as an awkward convergence by some.

But it shouldn’t be.

Back in the sixties, while black preachers were mobilizing masses in the pursuit of civil rights, conservative, Evangelicals stayed largely on the sidelines. They weren’t the least bit interested in changing anything. In fact, it was not uncommon to hear white Fundamentalist-Evangelical preachers of the day, with voices animated by indignation, decrying the very idea that preachers should be activists in the streets, mocking them to get back into their pulpits where they belonged.

Many, if not most, some notably, would later change their minds – and eat a lot of words (not to mention erasing a lot of reel to reel tape).

Recently, much has been made of the fact that Mitt Romney’s Mormon religion was, shall we say, a bit behind the curve on race – finally receiving the “revelation” that black men were welcome to participate with other “worthy males” in Temple ordinances in 1978. But, the fact is that social and theological Christian conservatives were every bit as passively-active on the wrong side of that great and compelling moral and social issue in the fifties and sixties. In fact, the largest white Baptist congregation in Detroit did not elect to admit its first black member until nearly a decade after the Mormons received their word from on high.

What was the catalyst bringing change to how conservative, white, clergymen viewed and lived out their roles? What issue convinced these dogmatic men of the cloth to be willing to scramble out of the pulpit-pocket and into a measure of political involvement after decades of silent separation? Well, the winds of change began to blow in the aftermath of the landmark decision on January 22, 1973.

So, here we are again, in another January – decades after a killing and a ruling - still marching about Roe v. Wade and honoring Dr. King - but seldom in the same room. The two constituencies, both fierce about the importance of faith, seldom find, much less look for, ways to reach out to the other choir.

As churches get ready for this Sunday some will highlight “SANCTITY OF HUMAN LIFE SUNDAY.” Others will talk a lot about Dr. King and his dream. Usually it will be one or the other.

Some of us WILL try to do both – because there ought to be an affinity between the two.

When Martin Luther King talked about a dream he had for his four little children and how he longed for them to grow up in a nation “where they will not be judged by the color of their skin but by the content of their character” – beyond the “amens” and applause of the crowd around the Lincoln Memorial far too many Americans ignored what he had to say. Or worse – they mobilized to polarize and oppose.

Those opponents were wrong. No matter how much they went to church, read their Bibles, or professed the religion of Jesus. It was wrong for good, God-fearing, Americans NOT to see how important it was, from a faith-based point of view, that a nation truly walk the walk it had long talked about.

And, it is wrong for some people of faith today not to see the “pro-life” cause as very much a civil and human rights issue.

We should have a dream that welcomes all to the table.

We should have a dream that welcomes all to life itself.

The calendar gives us a “near miss” each year as these issues come close to collision. But, social justice, equality, and basic fairness, - and embracing life itself as profoundly precious should not be “either/or” issues. They are very much “both/and.”

And, until we find a way to bring THEM together it is not likely that anyone can really bring US together.

Maybe the “reverends” should.

Do We Even Have A Republic Anymore?
Townhall
‘Give me a break’! Megyn Kelly TORCHES Prince Harry and Meghan Markle for their self-serving 'poor us' interview with Oprah and NAILS IT
Twitchy
BLM Racially Taunt and Scare Little Kids and Their Parents in Louisville, It Doesn't End Well for Them
Redstate
The Morning Briefing: Trump Informs GOP Higher-Ups That It's Still His Party
PJ Media