David R. Usher
|
Posted: May 18, 2016 10:10 AM
Share   Tweet
The opinions expressed by columnists are their own and do not necessarily represent the views of Townhall.com. 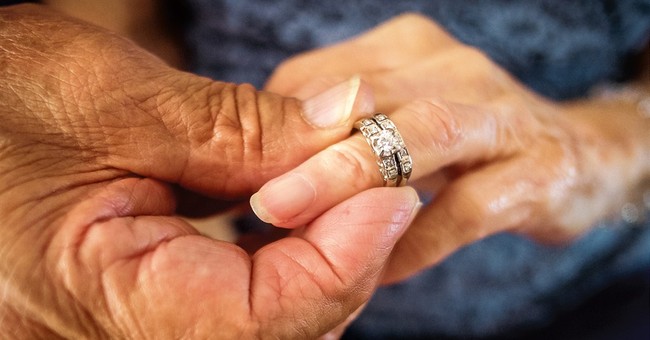 For 30 years, Republicans have looked to beltway organizations for social policy – organizations whose policy people are former administrative agency heads making work for their friends rather than turning the problem around.

The results have been no better than what liberals do and possibly worse. Republican welfare reforms enacted in 1996 failed to stem the trajectory of the Great Society. Poverty is at record levels despite record welfare expenditures along with other low-income metrics such as drug abuse, crime, gun and domestic violence, incarceration rates, and murder.

The Center for Marriage Policy’s supply-side socioeconomic model explains why Republicans failed and how socioeconomic policy must not be done in the future. Like illegal immigration, the problem must be turned around from the front-end.

Social issues are fiscal issues, and they are inseparable. Social spending (the largest line item in federal and state budgets) can be contained only by strategic new policies building marriage.

Once everyone understands that marriage-absence is a reversible structural problem, it can be turned around at the front end.

Existing demand-side social policies do not give citizens the choices they want and need when they have economic or serious family problems. Government offers only choices that kick off a downward spiral of consequences.

We establish inexpensive power tools everyone can easily use to keep their marriages on track. That is almost always everyone’s first choice – and the reason why most people will prefer it over existing policy. We empower individuals to fix their family problems and get ahead.

We can easily knock $200 billion off current social spending (currently in excess of $1.1 trillion) by focusing on marriage-building policy. That puts us most of the way to balancing the budget with a total spending decrease of $500 billion.

The beauty of this model is that it works by harnessing self-interest, not forcing people to do things, and without dumping them in the streets with hard cuts.

For example, substance abuse is the greatest factor in divorce, domestic violence, and gun violence. It is also a central factor in the riots in Ferguson, Missouri and other cities. Under existing law, the only way do deal with a family problem is to live with it or get a divorce. Our policy gives folks what they want. The responsible spouse has a power tool to drive the substance abuse problem out of the family. Nothing will clean out drug problems and violence in urban cores more effectively than citizens having the ability to grab the bull by the horns and send the problem packing.

Changes are needed to health care laws. Presently, many couples are forced to divorce to protect retirement accounts from depletion under Obamacare rules.

Changes must be made to welfare so that it becomes bridge financing that leads back to marriage. Married couples have twice the human resources and time needed to raise kids, get a better education, and get ahead.

No-fault divorce laws are a costly, combative mistake that must be replaced with our hybrid model where most divorces occur via an inexpensive “Mutual Consent” model, with a tightly-woven “Responsible Dissolution” method for cases involving serious issues. This will prevent most families from ending up bankrupt when marriage has to end. After a decade of development and vetting by lawyers and judges, our policy model is ready to launch.

Marriage Savers is a particularly effective, proven marriage support model. Any couple can find a local support meeting and be guided out of marital troubles by a mentor couple who survived the same problem. These programs only need space in any public building or church to bring about big increases in marriage rates and matching decreases in divorce and illegitimacy rates.

Our policy model promises shrinkage of demand for a wide variety of expensive consequential government programs such as mental health, remedial education, delinquency, incarceration, drug abuse, homelessness, suicide, and other problems. In addition, married couples pay taxes – something that an astonishing 45% of the nation does not do today.

Economic globalists will have no need to push for constitutional or legislative changes to erase borders, import large numbers of foreign workers, or offshore their operations when American workers become the educated, motivated workforce businesses need, and taxes can shrink to levels that make American manufacturing more competitive.

Voters will no longer feel the need to vote for Democrats to stay above water after Republicans drain the swamp. It is well known that married voters are the ones most likely to be Republican and to attend church too.

One does not have to be educated, rich, or powerful to understand and benefit from marriage. When we stop destroying marriage in the middle and lower income groups, America can and will be great again.