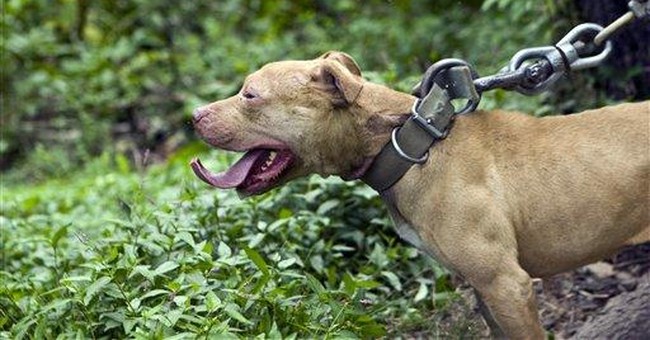 One of the most popular parlor games in Washington is playing “gotcha” with sites like OpenSecrets.org, a website run by the Center for Responsive Politics. It tracks where the money in politics comes from, and who gets it. The idea is that political campaigns can become larger than life—so large, in fact, that they need independent watchdogs.

Watch-dogging isn’t always just about money. Sometimes, organizations can become so powerful that they stop being responsive to the people they’re supposed to serve.

Even charities with the best reputations aren’t immune to making mistakes. In the wake of 9/11, local Red Cross chapters initially kept donations instead of earmarking funds for Ground Zero and Pentagon recovery efforts. Heads rolled. And the former chief executive of the United Way’s Washington, DC chapter went to prison in 2004 following an accounting scandal.

There are groups today that keep watch over government agencies (OMBWatch and the National Taxpayers Union, for instance); over the press (Media Matters and the Media Research Center); and over universities (Accuracy in Academia and the Foundation for Individual Rights in Education).

Most of these are partisan to some extent. But they all shine priceless sunlight on things that gargantuan institutions would rather keep hidden.

It turns out that the dog-watchers at the Humane Society of the United States (HSUS) need their own watchdog too. With the launch of www.HumaneWatch.org, they’ll have one.

Why does a national humane society deserve special scrutiny? HSUS raises around $100 million every year from Americans who want to improve the lives of (mostly) dogs and cats. With a budget roughly equal to the Indianapolis Colts’ payroll, HSUS has become too big and too unaccountable. Someone has to pay closer attention.

Following Hurricane Katrina, HSUS pledged to reunite pets with their owners and raised $34 million. But an investigation last year by Atlanta’s ABC News affiliate reported that HSUS only publicly accounted for $7 million. And now HSUS is raising “relief” money for animals in Haiti, even though one of its own animal rescue experts says there are “no animal issues” resulting from the recent earthquakes.

Is the Humane Society of the United States all good? All bad? The truth lies somewhere in between. There are many conflicting assessments of the group’s performance.

The American Institute of Philanthropy gave HSUS a “C-minus” grade in December, reflecting its high operational costs and inefficient fundraising. But the Charity Navigator service gives HSUS a four-star assessment (out of four). Worth magazine has called HSUS both one of the “worst-managed” U.S. charities, and one of America’s “most fiscally responsible.”

Who are we supposed to believe?

Charity-rating services are like blunt instruments, evaluating animal rights groups with the same tools used to check up on Planned Parenthood and the Salvation Army. They don’t dig very deep into anyone’s programs, and they don’t look at much beyond a tax return.

In HSUS’s case, there’s a good deal to find.

Though HSUS shares its “humane society” name with thousands of legitimate dog and cat shelters, it isn’t affiliated with any of them. Its nine-figure balance sheet, however, suggests that it’s the best-equipped group in the world to actually do the heavy lifting of sheltering unwanted puppies and kittens.

According to HSUS’s 2008 tax return, less than one-half of one percent of its $99 million budget was paid out to dog and cat shelters. HSUS spent almost $20 million on PETA-style campaigns, lobbying, and lawsuits. It paid $4.2 million to a company that counts its donations. Another $2.5 million went to pensions for its own executives.

Why does a national “humane society” need a pension plan anyway? Or a staff of 30 lawyers? How come one of these attorneys was subpoenaed last month by a federal terrorism Grand Jury in Iowa?

Why would HSUS hire a spokesman for the terrorist Animal Liberation Front? Where did the rest of the Katrina millions really go? Do little old ladies who write checks to “save puppies” understand that they’re actually bankrolling ballot measures that will put farmers out of business?

Someone has to ask the hard questions. HSUS donors deserve to know more about what’s really going on.

At www.HumaneWatch.org, we’re starting the long process of sorting myth from reality. Come and join the discussion.