There's So Much Smoke. Why Worry About a Fire?

David Limbaugh
|
Posted: Feb 09, 2018 12:01 AM
Share   Tweet
The opinions expressed by columnists are their own and do not necessarily represent the views of Townhall.com. 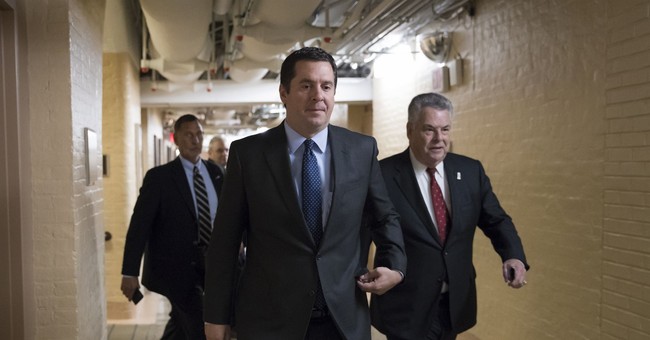 What are we to make of the GOP and Democrats' dueling scandal wars? So much information, so little time.

We'll have to wait until special counsel Robert Mueller completes his investigation to be sure, but I don't believe there's any credible evidence that Donald Trump colluded with Russia to affect the presidential election.

On the other hand, though I was initially skeptical that the investigations into the Democratic scandals would produce much, I've changed my mind. I know I'm biased, but after having studied the voluminous information more thoroughly, I'm convinced there is an alarming amount of evidence of misconduct. For every allegation that doesn't bear fruit, there are several that are damning. Let me highlight just some of the problem areas and add my observations as space permits.

--The Nunes memo contains inculpatory information against certain key Department of Justice officials, and no amount of obfuscation from propagandists about what it doesn't contain discredits its probative value. A dud it is not.

--The memo essentially claims that an anti-Trump dossier, which was just glorified opposition research procured and paid for by the Hillary Clinton campaign and Democratic National Committee through a law firm, was an essential component of an application to the Foreign Intelligence Surveillance Court for a warrant to spy on Trump associate Carter Page. That is, it is incontrovertible that the warrant wouldn't have been issued without the dossier. Neither the initial application nor any of the renewals disclose or reference the role of the DNC or the Clinton campaign, though senior DOJ and FBI officials were aware of the political origins of the dossier prepared by former British intelligence agent Christopher Steele. As it happens, the FBI presented another item of tainted evidence to the court -- a Yahoo news article based on information spoon-fed to reporter Michael Isikoff by Steele, the same character who prepared the dossier. The article was reportedly presented to the court as independent and corroborating evidence when it was just circular journalism -- recycled from the dossier. Moreover, Steele compiled the dossier based on information obtained, in part, from Russian operatives. Further poisoning the waters, Clinton family confidants Sidney Blumenthal and Cody Shearer were allegedly feeding information to Steele, possibly through a State Department official, for inclusion in the memo. The FBI allegedly represented to the FISC that Steele was credible, though former FBI Director James Comey has admitted the dossier contained unverified material. Steele, you should note, said that he was desperate that Trump not be elected. Steele was dropped as an FBI source because he allegedly lied to the bureau about leaking to the press.

--To prevent publication of the memo, Democrats knowingly misrepresented that it contained classified or other information damaging to national security.

--The criminal referral of GOP Sens. Chuck Grassley and Lindsey Graham for Steele confirms key points of the Nunes memo -- namely, that the dossier was crucial to the FBI's warrant for Page and that the application omitted the key fact that the Clinton campaign and the DNC had funded the research through Fusion GPS, which hired Steele. And, as noted, senior FBI officials knew this information and still didn't disclose it to the court in its application. Democrats and their apologists in the liberal media contend that there was a disclosure about the Clinton and DNC connection in the footnotes, but rudimentary examination reveals that the footnote was deliberately vague and said nothing about DNC and Clinton campaign involvement. It was as if the FBI inserted the footnote for reasonable deniability, knowing it would facilitate its deception of the court.

--The liberal media are in lockstep in denying the significance of the referral, as well, claiming it was a letter issued to bolster the Nunes memo, when in fact the referral had been submitted weeks before the Nunes memo was released and was independent of it.

--The thousands of text messages between adulterers Peter Strzok, FBI counterintelligence agent, and Lisa Page, FBI lawyer, were unseemly, improper, sometimes suggestive of egregious misconduct and alarmingly illuminating as to their mutually toxic anti-Trump bias, revealing them singularly unfit for the jobs they were performing. What did Page mean that Obama wanted "to know everything" or that she needed to brush up on Watergate? What did Strzok mean by the following? "I want to believe the path you threw out for consideration in (then-FBI Deputy Director Andrew McCabe's) office -- that there's no way (Trump) gets elected -- but I'm afraid we can't take that risk. It's like an insurance policy in the unlikely event you die before you're 40."

--Though Strzok and other DOJ and FBI officials have been fired or reassigned, both Strzok and Page are still at the bureau, which is unconscionable, given their inexcusable behavior. Strzok should be terminated for making himself vulnerable to blackmail alone, yet he and his fellow Trump-hating lovebird remain perched on the government payroll.

--Just as the liberal media speciously attempt to downplay the Nunes memo and the Grassley-Graham referral, they contend that the GOP's original take on the Page text about keeping Obama informed is wholly discredited because it concerned the Trump Russia investigation rather than the Clinton email scandal as the GOP claimed. Not so fast. Even if the text was about keeping Obama informed on the Russia investigation, it could be just as bad or worse, especially if they were informing him about the nefarious renewal of the warrant to spy on a political opponent during a presidential campaign with a fraudulent dossier paid for by the Clinton campaign and the DNC. What (and when) did Obama know?

--The Senate Homeland Security and Governmental Affairs Committee just released a report on the Clinton email scandal. It raises many questions about Clinton and the FBI, such as why the FBI liberally used immunity offers instead of impaneling a grand jury to elicit evidence and why Comey circulated a statement exonerating Clinton before she and many other witnesses had been interviewed. And don't get me started on Clinton's serial killing of emails. Who else could get away with what she did?

Come on, naysayers. Be fair. There's so much smoke here -- and I've just covered some of the highlights -- we don't even have to worry about a fire. Asphyxiation can be just as lethal.