The Life and Ministry of Christ

David Limbaugh
|
Posted: Apr 11, 2017 12:01 AM
Share   Tweet
The opinions expressed by columnists are their own and do not necessarily represent the views of Townhall.com. 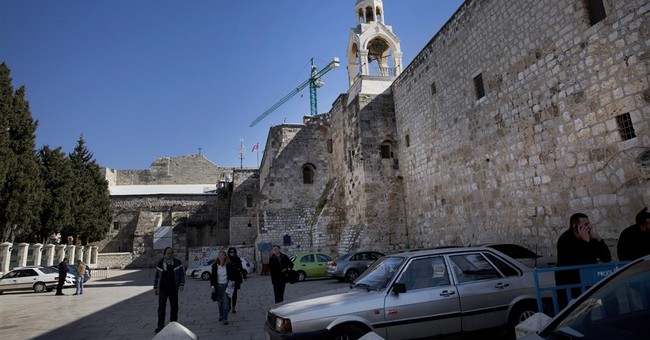 Editor's Note: The following piece is an exclusive excerpt from Limbaugh's new book, The True Jesus.

Before we begin the more detailed narrative of the Gospel accounts in the next chapter, let’s look at a short sketch of Christ’s life and ministry, which will provide an overview before we dig deeper.

Jesus was the only person who came into the world to die. “Death,” writes Bishop Fulton Sheen, “was the goal and fulfillment of His life, the gold that He was seeking. Few of His words or actions are intelligible without reference to His Cross. . . . The story of every human life begins with birth and ends with death. In the Person of Christ, however, it was His death that was first and His life that was last. . . . It was not so much that His birth cast a shadow on His life and thus led to His death; it was rather that the Cross was first, and cast its shadow back to His birth. His has been the only life in the world that was ever lived backward.”

Though He was born to die and He intended from the beginning to do just that, His death would be in God’s time. Before He (and the Father) would allow Himself to be captured, He had to complete His ministry. He came to preach a message of redemption, salvation, and life. But it wasn’t as if He said to Himself, “I am going to say the most controversial things I can to antagonize the religious authorities into killing Me.” No, His message was what it was—and is—and some would accept it and others would reject it, because the Truth causes division (Luke 12:51). Yet His message is precisely why they wanted to kill Him. He challenged their authority, traditions, and interpretations of their sacred Law, including the right to heal on the Sabbath. He “blasphemously” claimed to be the Messiah and the King, and made a triumphal entry into the Holy City. He claimed to be the Son of God who had the authority to forgive sins, and He had the audacity to cleanse their Temple.

In his sermon to the Gentiles recorded in the Book of Acts, Peter provides a summary of Jesus’ ministry and His substitutionary death. In this brief, inspired account we see an apostle on fire for Christ and evangelizing to the Gentiles:

So Peter opened his mouth and said: “Truly I understand that God shows no partiality, but in every nation anyone who fears him and does what is right is acceptable to him. As for the word that he sent to Israel, preaching good news of peace through Jesus Christ (he is Lord of all), you yourselves know what happened throughout all Judea, beginning from Galilee after the baptism that John proclaimed: how God anointed Jesus of Nazareth with the Holy Spirit and with power. He went about doing good and healing all who were oppressed by the devil, for God was with him. And we are witnesses of all that he did both in the country of the Jews and in Jerusalem. They put him to death by hanging him on a tree, but God raised him on the third day and made him to appear, not to all the people but to us who had been chosen by God as witnesses, who ate and drank with him after he rose from the dead. And he commanded us to preach to the people and to testify that he is the one appointed by God to be judge of the living and the dead. To him all the prophets bear witness that everyone who believes in him receives forgiveness of sins through his name” (10:34–43).

Let’s not pass over Peter’s declaration lightly. Everyone who believes in Jesus receives forgiveness. “There are no incurable cases under the gospel,” writes J. C. Ryle. “Any sinner may be healed if he will only come to Christ.”

Because the Gospels don’t provide complete biographical data and sometimes present material thematically rather than chronologically, the precise order of some events is uncertain. Matthew (1–2) and Luke (1–2) both provide information on Jesus’ birth and early life. Both report that Jesus’ birth is pre-announced and that Mary gave birth to Him as a virgin. Both include genealogies tracing Jesus’ human ancestry, whereas John opens his Gospel declaring that the Word—the second person of the Triune God—is eternal and an agent in the creation. In Luke the shepherds visit the baby in Bethlehem after an angel of the Lord appears to them. In Matthew, the wise men visit to worship Him after seeing His star, and Herod, after trying unsuccessfully to find the baby, orders the murder of innocent children in Bethlehem in an attempt to kill Jesus (2:1–18). Herod fails because Joseph obeys an angel of the Lord who appears to him in a dream and tells him to take Mary and Jesus to Egypt until it’s safe to return (Matt. 2:13–15). When Herod dies, the angel tells Joseph to return to Israel with Jesus and Mary (Matt. 2:19–21). Other than Luke’s brief reference to Jesus at the Temple when He is twelve years old, we have no other information about Jesus’ life until shortly before He begins His ministry.

Jesus begins His ministry when He is about thirty years old (Luke 3:23). He ministers in Judea following His baptism and makes contacts there with some of His future disciples (John 1:35–42). He next goes into Galilee (John 1:43) and performs His first miracle, or sign, by turning water into wine (John 2:1–11). He generally ministers in Galilee at this point because the Jews in Judea are seeking to kill Him (John 7:1). But He makes periodic trips into Judea, such as when He goes to Jerusalem for the Passover, where he drives the money-changers from the Temple (John 2:14), and meets the Pharisee Nicodemus (John 3:1).

Some believe Jesus’ ministry reaches a turning point at Caesarea Philippi (Matt. 16:13–20; Mark 8:27–38; Luke 9:18–27), when He fully acknowledges to Peter that He is the Messiah. Shortly thereafter He proves His assertion when He is transfigured before Peter, James, and John (Matt. 17:1–8).

Jesus tells His disciples many times over an extensive period that He is the Messiah and that He must die, and even predicts His own death, but they don’t fully grasp His message until after He dies and is resurrected. He doesn’t broadcast publicly that He is the Messiah, however, because He isn’t yet ready to be captured. But He does tell some people, such as the Samaritan woman at the well, because they are outside the region where His life could be threatened. He must complete His ministry before He allows the authorities to capture Him, which is why we see Him narrowly escaping capture numerous times long before His final week.

Jesus heads from Galilee back toward Jerusalem (Luke 9:51; John 7:10) and continues His ministry with His disciples. Luke devotes a large portion of his Gospel to this period, when Jesus goes to the home of Mary and Martha, teaches about prayer, tells many parables including the Good Samaritan, clashes again with the Pharisees, and lectures His disciples on the great costs of discipleship and servanthood. He casts out a demon from a mute man, which so threatens the Pharisees that they accuse Him of doing it through the power of Satan, to which Jesus responds that Satan wouldn’t cast himself out. He announces that blasphemy against the Son of God is forgivable but blasphemy against the Holy Spirit is not—for Jesus cast out demons through the power of the Holy Spirit. He rebukes the Pharisees for their obsession with external observances of righteousness while neglecting their souls. They care about the trappings of power but do not serve the poor or otherwise do God’s work.

Jesus makes His triumphal entry into Jerusalem as was prophesied in the Old Testament and pursues His controversial ministry, further challenges the Pharisees, and teaches His disciples about the future, the End Times, and the coming of the Son of Man—His Second Coming (Mark 13). During this week He and His disciples eat the last supper (Matt. 26:17–30).

Jesus predicts His betrayal, and that night He is arrested in the Garden of Gethsemane at the behest of His traitorous disciple, Judas Iscariot. He is tried before Annas, the Sanhedrin (the Jewish tribunal), Herod Antipas, and Pontius Pilate. The Jewish authorities charge Him with blasphemy, but since they have no power under Roman law to crucify Him, they pressure Pilate to convict Him of treason against Rome for claiming He is the King of the Jews. Pilate finds no guilt in Him and tries to avoid administering punishment by offering the Jews the opportunity to call for the release of one prisoner, which is a Passover tradition. Pilate is hoping he can pacify them by punishing but not crucifying Jesus. The Jews, however, want Him dead and call for the release of Barabbas, a criminal prisoner, instead of Jesus.

Knowing Jesus is innocent, Pilate could have released both Him and Barabbas, but he finally acquiesces and orders Jesus’ crucifixion. Jesus is mocked, spit on, flogged, and crucified with two common thieves on the eve of the Sabbath at Golgotha (Mark 15:22). He is buried in the tomb of Joseph of Arimathea (John 19:38), a member of the Sanhedrin and follower of Jesus, who requests permission to bury Him. Though Roman guards are posted at the tomb because of the Jews’ fear that His disciples will steal His body, Jesus’ body disappears from the tomb, and He rises on the third day just as He had predicted (Luke 24:1–7). For the next forty days He makes many appearances to His followers and others, then ascends into heaven (Acts 1:1–11), promising to send His disciples the Holy Spirit, Who would empower them to carry on His ministry.