The Story of Reality

David Limbaugh
|
Posted: Feb 10, 2017 12:01 AM
Share   Tweet
The opinions expressed by columnists are their own and do not necessarily represent the views of Townhall.com. 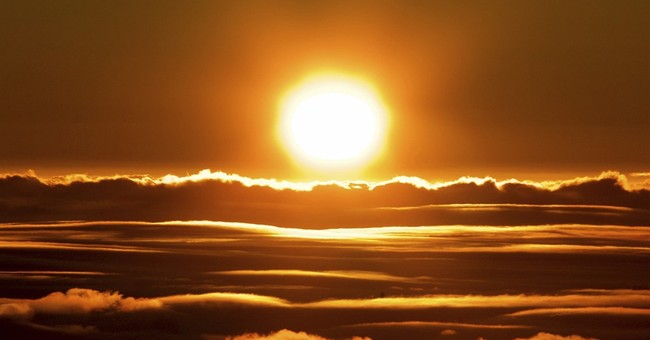 Trending
Greg Koukl's "The Story of Reality" is one of the most important books I've read in a long time, and I want to encourage you -- Christians and non-Christians -- to read it. I know of no more efficient way to introduce you to the meaning of Christianity and the Christian worldview.

Sometimes even Christians reduce the Gospel message to its simplest form and talk as though the Bible began with the New Testament. But the Gospel didn't arise in a vacuum.

When Jesus died to save sinners, he did so in the context of a divinely orchestrated storyline of human history. As Nancy Pearcey observes in her compelling foreword to the book, "Christianity cannot be reduced to a tract or a technique for getting 'saved.' It is a comprehensive account of the structure of reality, a rational and real-world account of the history of the universe, a verifiable storyline of the unfolding of the cosmos."

Though Jesus delivered the most sublime moral teachings known to man, Koukl insists that "the two indispensable things you need to know about Jesus have little to do with his teachings in general. Instead they have to do with who Jesus was and what he came to accomplish, also known as the person and the work of Christ."

And this is critical: "The divide for Jesus was not between the poor and the rich, but between the proud and the repentant, regardless of income or social standing. Miss that, and you miss everything," writes Koukl. "These are the facts we must face if we are to get Jesus right. 'Social justice' is not the Gospel. It was not Jesus' message. It was not why he came. His real message was much more radical. Jesus' teaching -- and the Story itself -- focuses on something else. Not on the works of Christians but rather on the work of Christ. That is what the Story teaches."

Koukl, as well as anyone in modern times, summarizes and elucidates the Bible's grand sweep and shows how it provides the answers to the transcendent philosophical questions that have intrigued and troubled mankind from the beginning. "What is the reason for everything? Why am I here? Why is anything here?"

The author himself doesn't presume to unveil a complete picture of reality as if he personally discovered it in an exclusive epiphany. Rather, he contends that the God-inspired Bible supplies the answers and that they are accessible to all of us because God intended them to be.

The Bible doesn't have to be intimidating. It presents the story of mankind, whose author created human beings in his image to share his infinite love and his happiness with us. It is a unified, integrated account from beginning to end (the end not having yet occurred), and we are all part of the story.

Christianity doesn't begin in Bethlehem with God's entrance into human history 2,000 years ago. Our triune God created humankind and placed us in his wonderfully crafted world knowing in advance that we would corrupt ourselves through sin. "Evil did not catch God by surprise."

Our perfect God knew that to restore mankind to our original state, suitable to being in God's presence throughout eternity, he would have to send his son to become one of us while also retaining his divine nature, suffer the indignities of human existence, live a sinless life, die a sacrificial and substitutionary death for our sins, and be resurrected to life so that by faith in him, we could be redeemed and saved.

Koukl traces the Bible's storyline and demonstrates that "Christianity is a picture of reality. It is an account or a description or a depiction of the way things actually are. It is not just a view from the inside (a Christian's personal feelings or religious beliefs or spiritual affections or ethical views or 'relationship' with God). It is also a view of the outside. It is a view of the world out there, of how the world really is in itself."

But Christianity is not merely one of many possible explanations of reality. It is (SET ITAL) the (END ITAL) explanation of how things actually are -- of who God is, why he created us, how we blew it (and continue to blow it) when he created us, how he supplied the remedy and how the story ends. In short, the Bible describes the Creation, the Fall, the Redemption and our ultimate restoration.

The Old Testament isn't in the Bible for occasional reference. It contains the beginning of the story, and it relates God's establishment of his chosen nation of Israel through Abraham and God's promise to bless all of mankind through the Messiah, who would come from that nation. The Gospel must be understood in the context of God's entire story for mankind.

Once you understand the story -- once you grasp the big picture of reality as laid out in the Bible -- you will see that certain thorny problems that were formerly obstacles to your faith need not be obstacles at all. For example, the existence and pervasiveness of evil despite there being an omnipotent and omnibenevolent God are not incomprehensible at all. "Evil is not the problem for Christianity that people think it is," writes Koukl, "because it is not foreign to the Story. It is central to it. It fits right in. In a certain sense, the entire Story is precisely about how the world went bad and how it gets fixed." Paradoxically, evil is a far bigger problem for the atheist than it is for the Christian -- but you'll have to read the book to see how Koukl fascinatingly unpacks this.

It is extremely difficult to do justice to such a profound book in a short column, but let me just add that it affirms so much of my own thinking about Scripture and its mind-blowing revelations, which really are within our grasp if we'll just pick up the Bible and read and study it.

The book will facilitate your understanding and accelerate your learning process. It is the most concise, cogent explanation of the Christian message I've encountered since C.S. Lewis' "Mere Christianity." If you are already a believer, it will clarify and reinforce your faith like few books I've read, and if you are not, it might just rock your world.

I have already recommended this amazing work to family and close friends and am now doing the same for all of you. You won't be disappointed.