Liberals Are Putting Conservatism, Not Just Sen. Sessions, on Trial

David Limbaugh
|
Posted: Jan 13, 2017 12:01 AM
Share   Tweet
The opinions expressed by columnists are their own and do not necessarily represent the views of Townhall.com. 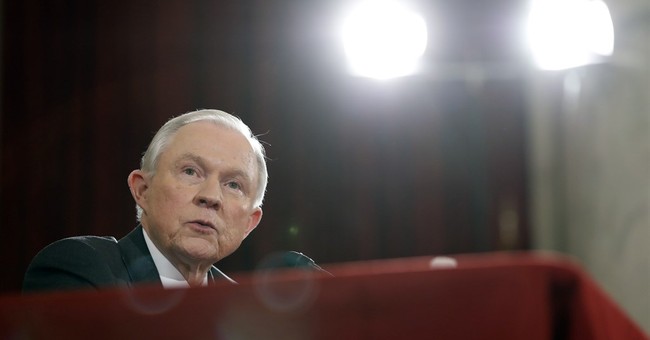 Trending
The Senate confirmation hearings for Sen. Jeff Sessions' attorney general nomination show that the liberal establishment learned nothing from the 2016 elections and will continue to wage war on conservatives as if they were enemies of the republic -- and humanity.

Democratic attacks on Sessions are not grounded in any concern that he is a racist or has something terrible in his ancient history. They know that Sessions is not a racist and that he is an honorable man. His disqualifying sin, in their eyes, is that he is a conservative -- and a Southern one at that, which makes it even easier to demonize him as a bigot.

For if you watched the hearings, you saw that it was not Sessions particularly who was on trial but conservatism and all subscribing to it.

When Republicans grill liberal nominees for judicial and executive positions, which is rare, they don't badger them over their political views. They don't shame them for the crime of being liberal. They press them on whether they would honor the Constitution and the rule of law and whether they would act within the legal constraints of their positions. But Democratic interrogation of Republican nominees invariably descends into a shaming of the nominee for his political beliefs -- or for his votes on measures they disagree with, even when the votes are for measures that are unarguably constitutional.

The liberal establishment in the Democratic Party and in the liberal media (and Hollywood and academia) simply cannot grasp that half the country is conservative. In fact, 11 percent more Americans identify as conservatives than as liberals.

It never occurs to most of these leftist movers and shakers that conservatives have noble and justifiable reasons for their views. They oppose Obamacare not because they have no compassion for the poor and downtrodden but because it is destroying everything in its path -- because it raises rates and reduces quality of care and medical choices. They don't oppose radical, reckless and economically smothering environmental policies because they don't care about clean air and water, because they place their selfish financial interests above the health and welfare of Americans or because they are science deniers. They reject the presumptuous, dishonest and extreme conclusions of a make-believe, highly politicized scientific consensus, and they know that the left's proposed draconian measures wouldn't materially alleviate the problems even if they exist and are man-made as the left speciously contends. They oppose the flooding of our borders with immigrants who aren't coming legally and the admission of insufficiently vetted potential terrorists not because they are bigoted toward Muslims or uncompassionate for people but because they believe in preserving the American idea and in protecting American citizens. They oppose confiscatory taxes and continued escalations of the national debt not because they are sinister engineers of ever greater income inequality (which liberal policies actually exacerbate) but because these things cripple the nation's economic engines and reduce prosperity across the board. They are not opponents but champions of voting rights because they demand that people who vote be actually legally entitled to vote. They oppose abortion not because they disrespect and undervalue women but because they value all human life, especially the most innocent. They support a strong military not because they are imperialists and want to impose American will throughout the planet but because they believe American strength is conducive to peace. The same analysis applies to almost any political issue. Conservatives' views are prudential and morally sound.

But listen to Meryl Streep -- both the content of her patronizing remarks and her condescending tone. Listen to Sen. Pat Leahy, Sen. Cory Booker and their fellow Democrats castigating Sessions for his reasonable votes on issues that happen to interfere with the sacred liberal agenda.

Americans -- at least half of us -- are tired of being maligned by the left as evil, stupid and bigoted because we won't fall in lockstep with this agenda.

One might think that after eight years of failed liberal policies, Democrats would be more inclined to eat crow than to lecture the rest of America for rejecting their manifestly destructive policy prescriptions. If so, one would be wrong and wholly ignorant of the liberal worldview and mindset.

It's bad enough that liberals can never accept accountability for their failures, but it is really unbearable to listen to their highhanded, misguided lectures. They lost for a reason, but they'll never stop fighting and trying to shame the rest of us, so kudos to President-elect Donald Trump for giving it back to them even better than they are dishing it out. How refreshing. Finally!