Cruzing Toward the Resurrection of Mainstream Conservatism 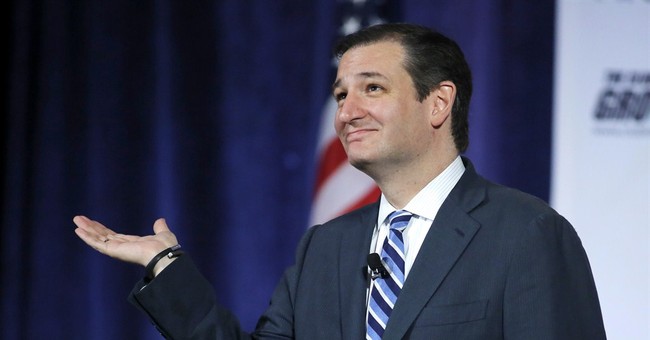 The ambush-prone mainstream media (MSM) has difficulty trapping Sen. Ted Cruz, not just because he is mentally agile and verbally adroit. He has truth and authenticity on his side, and it is much harder to trip up someone of that description.

Media watchdog Newsbusters shares a litany of examples of MSM hosts doing their best to demean Cruz following the announcement of his presidential campaign. Let's just glance at a few of those.

NBC's Matt Lauer, co-host of "Today," was first up to bat for team MSM. He said to Cruz, "Senator, you're a guy who's known for taking on your own party. ... You've also led your party into some fights that backfired -- the defunding of Obamacare comes to mind." (Yeah, I'm sure this just came to Matt's mind as he was formulating the sentence.) "So you have detractors," said Lauer, "not only across the aisle, but within your own party. How can you win the nomination unless you build a much broader coalition than the one you already have?"

These close-minded MSMers are fond of asking these "When did you stop beating your wife?" questions. It is hardly an established fact that Cruz's fight to stop Obamacare "backfired." I doubt he ever believed he had a good chance of defeating it. I think it was more about making a statement, calling attention to the egregiousness of the bill and rallying opposition to it across the country -- perhaps to reassure Americans that not everyone has thrown in the towel and to keep our hopes alive that one day we might be able to eradicate it.

Cruz conceded the importance of building a coalition, but rejected the premise that it is necessary to dilute his principles in the process. Cruz said, "We need to bring together the old Reagan coalition of conservatives and evangelicals and libertarians and Republican women and young people..."

First, would Lauer ever ask a Democratic candidate a similar question from the other side? Would he ask President Obama how ardent Second-Amendment supporters, opponents of his open-borders policy, those who reject his global-warming hysteria, pro-lifers, supply-siders and strong constitutionalists would fit into his rigidly leftist ideological coalition?

The answer is "no," because it never occurs to liberals that people holding such views are worthy of being wooed into any coalition, save perhaps the KKK. To people like Lauer, it would not be admirable for a liberal to appeal to true conservatives, because they are intrinsically unreasonable and their views are abominably toxic.

Second, what does Lauer mean in asking, "Is there room?" Is he wondering whether Cruz would turn moderates away if they announced their support for him -- which is absurd? Is he asking whether he would moderate his views to win them over, even if he thinks he would be diluting and thus rendering less effective ideas that he believes must be pursued to get this nation back on track? Or is he inquiring whether Cruz would come up with some clever gimmick to pretend to meet "moderates" halfway like Obama invariably does before betraying his promises?

Cruz responded that he intends to stand on principle instead of -- though he did not say this -- pandering. How refreshing. How Reaganesque. What many liberals and all too many GOP Beltway denizens don't grasp is that the best strategy for winning national elections is to articulate conservative ideas as if you truly believe in them and present them enthusiastically as common-sense solutions for our myriad problems. The effective conservative candidate, as Cruz has said, is able to cut out the middleman and the distorting filter of the MSM and go directly to the American people to make his case. It will sell.

ABC News White House correspondent Jon Karl was even more pointed, asking Cruz, "How are you with that hard-line conservative message going to appeal to moderates and independents? Nobody gets elected without appealing to them."

Again, Cruz rejected the premise and struck back. "You know, Jon, it's a funny thing when you work in the media that somehow you think it is a hard line to present a positive optimistic vision. My speech today talked about imagining an America that gets back to free-market principles and the constitutional liberties the country was built on."

Liberals have done such a thorough job of demonizing conservatism, at least in their own minds, that they assume it's a given that conservatism is a skewed ideology held only by people who are innately lacking in compassion, backward-thinking and harsh. Happily, the opposite holds true.

You see, liberals can't understand Cruz's strategy because they totally misunderstand conservatism. It is not, as many of them actually appear to believe, any of the terrible things they ascribe to it.

As Cruz has built his reputation on the mantle of authentic conservatism, it will be his primary job to resurrect it as contagiously appealing and eminently mainstream. It will be his task, in other words, to awaken and embolden the battered, bruised and currently discouraged majority. I'm looking forward to this.