Republican Supporters of Immigration Bill, What Are You Smoking? 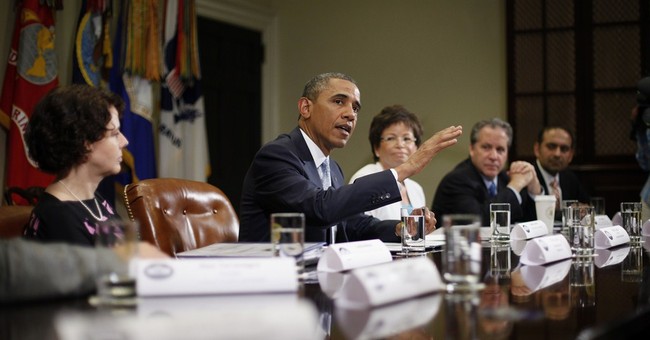 As time has passed and the immigration bill's proponents have become more breathless, my opposition to the bill has increased. Let me count the ways.

Proponents tell us we have an immigration crisis. Exactly how does one define crisis? They told us we had a health care and health insurance crisis, too, and they gave us Obamacare, making matters worse on both counts. We do have a national debt crisis and the most anemic economic recovery since World War II, yet proponents ignore these genuine crises while demanding we act immediately on immigration reform.

The bill involves exorbitant costs, probably trillions of dollars. Proponents can't begin to refute this charge but instead just attack their cost critics as hyperbolic. My money is on those who guess high, not ludicrously low, on future government expenses.

Most illegals receive way more in government benefits than they pay in taxes, with the estimated net cost to taxpayers exceeding $50 billion. This bill would entitle many of them to substantially more benefits. Also, the new spending of the bill probably would not be offset in the budget as required by the Budget Control Act, because it would be designated "emergency spending" and moved off budget.

The incessant ads promoting this bill have an Obamacare ring to them. If the wonders of this legislation were so obvious, would the proponents need to badger us into supporting it? Would they need to distort its provisions and mischaracterize it as "conservative" to get it passed? How conservative is it to undermine the rule of law, the unique American culture, the very future of the Republican Party? How conservative is it to place border enforcement on a back burner, to preside over the creation of many new bureaucratic commissions and task forces, and to grant this administration disturbingly more discretion over border enforcement when it has already proved its commitment to undermining enforcement? Why would any "right-thinking" person grant more discretionary enforcement authority, including the right to waive requirements for illegals to obtain "registered provisional immigrant" status, to an executive branch that ideologically opposes enforcement and that doesn't even believe in a unique American culture but instead worships at the altar of multiculturalism? Indeed, this Department of Homeland Security says border enforcement has never been stronger.

In terms of solving the immigration problem once and for all -- as proponents boast it would do -- the bill doesn't substantially differ from the 1986 amnesty law. It would confer a degree of legality immediately in exchange for unenforceable promises of future enforcement. (The specifics of these illusory promises are too numerous to detail here.) It would likely cause an increase in future immigration between the time of the bill's passage and the implementation, if ever, of border enforcement measures, because it would incentivize more people to come and partake of the benefits. The Congressional Budget Office estimates that we'd have 5 million new illegals 10 years after the bill's passage. When added to an estimated 3 million who will never be found, that makes 8 million illegals remaining from a bill promising to forever end the problem. If 11 million constitutes a crisis now, why wouldn't 8 million in the future?

GOP proponents maintain that we have to support this bill in order to increase our share of the growing Hispanic vote. That is absurd on its face because it ignores a) that they said the same thing in support of the 1986 amnesty bill and the opposite occurred, b) that any thinking Hispanic would see right through such opportunistic pandering, c) the incalculable damage that the GOP's support for this bill would do to the existing base, d) that Obama and Democrats would get exclusive credit for passing the bill, e) that Obama and Democrats would continue to bludgeon the GOP after the bill passed, saying that if it hadn't been for nativist Republicans, unconditional amnesty would have been achieved, f) that Obama and Democrats would use the same ruthless charges of racism and nativism to pressure Republicans into relaxing or eliminating the law's phantom enforcement triggers and other obstacles in the path to full-blown citizenship for the former illegals, and g) that tens of millions of largely new Democratic voters would eventually destroy the GOP. It's not the demise of the GOP I fear but the further demise of the nation if no conservative alternative would arise to fill the vacuum.

Liberals are always talking about fairness, but how fair would this bill be to the 4 1/2 million immigrants who are trying diligently to play by the rules?

I'm just getting warmed up, but the odds of anything but mischief coming from a 1,000-page bill that lawmakers won't even take time to read are minuscule.