'Conservatives, Shut Up and Step Aside' 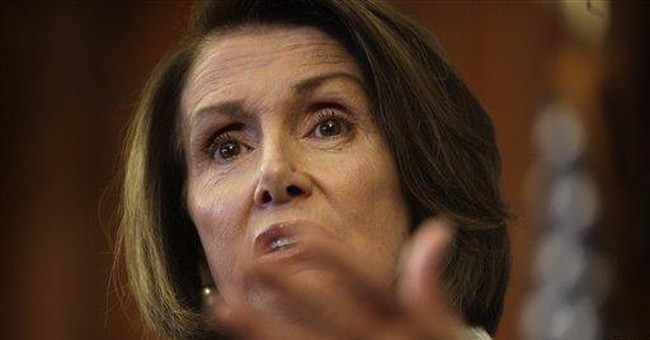 The hubris, arrogance and deceit of President Barack Obama and the Democratic leadership are breathtaking. In their maniacal frenzy to assume control over every aspect of our lives through socialized medicine, they are behaving like the thuggish autocrats they have proved themselves to be.

The jig is up on their designs, evidenced by the very contents of the health bill they're promoting. As increasing public awareness has translated into increasing grass-roots opposition to the bill, the Democrats have ratcheted up their bullying tactics and deceit.

Our self-styled bipartisan president is telling his critics to shut up, while his partners in crime, House Speaker Nancy Pelosi and her colleagues, are calling them un-American and Nazis.

Understand this: The people who are showing up in droves with righteous anger befitting a body politic steeped in a unique liberty tradition are exercising the very type of bottom-up citizen protest and government watchdogging our Founding Fathers envisioned. They are not the artificially driven "AstroTurf" phonies the Democrats are depicting them to be. No, such activities are the province of Alinsky/Obama-type "street organizers" and union thugs enlisted by the administration to discredit these legitimate protests.

It wasn't enough for Pelosi to call us Nazis. She also co-wrote, with House Majority Leader Steny Hoyer, an op-ed in USA Today calling us un-American and projecting her own nefarious tactics onto her opposition.

Pelosi and Hoyer accuse the protesters of engaging in "an ugly campaign ... not merely to misrepresent the health insurance reform legislation, but to disrupt public meetings and prevent members of Congress and constituents from conducting a civil dialogue."

They say: "The first fact is that health insurance reform will mean more patient choice. It will allow every American who likes his or her current plan to keep it. And it will free doctors and patients to make the health decisions that make the most sense, not the most profits for insurance companies."

How can these government propaganda ministers sleep at night? They are the ones misrepresenting the legislation and closing their meetings to genuine dissent.

In the first place, it is not "health insurance reform." It is an effort to fundamentally transform the entire health care industry and how decisions are made. Their recent move to euphemize this monstrosity as "insurance reform" is part of their strategy to demonize insurance companies in their ruthless quest to shove this down our throats.

The bill would not allow Americans to keep their plans. It would crowd out and eventually eliminate private care; enormously reduce choice, as well as the quantity and quality of care; and be a fiscal nightmare, as verified by Congressional Budget Office projections. Worst of all, it would further destroy our liberties.

And by Obama's own words, it would decrease doctors' prerogatives over the type of care they provide. He admits he'd control doctors by making their "bundled payments" conditional on their meeting quality standards imposed by an omniscient, omnipotent government, not doctors and their patients.

Pelosi and Hoyer's most laughable claim is that their plan "will stand up to any and all critics."

If that's so, why don't they tell the truth about what's in the bill and truly answer legitimate questions and concerns about it instead of resorting to name-calling and intimidation? If that's so, why is Obama sending out his hired mouthpiece, Linda Douglass, to deny what Obama most clearly said? She protests that his statements promoting a single-payer system were taken out of context and then gives us absolutely no evidence they were. We are just supposed to disbelieve our lying eyes and ears.

It's also disingenuous to argue that in any event, Obama's earlier statements are irrelevant because he says he does not favor a single-payer system today and would protect our right to private care. Again, we have the bill itself, which would phase out private care -- mandatorily -- so the denials are self-evident lies.

Obama isn't delegating all the dirty work to his surrogates. Our pseudo-cool leader himself has become conspicuously unglued. About opponents of his outlandishly reckless agenda, he said that he doesn't "want the folks who created the mess to do a lot of talking"; he wants "them just to get out of the way so (Democrats) can clean up the mess." He went on, "I don't mind cleaning up after them, but don't do a lot of talking."

He obviously thinks that he has the unilateral right as president, with 53 percent of the vote, to use our money to impoverish and enslave us and destroy our health care and that we have no right even to object. We only get to speak every two years.

Well, this president -- with a faux-messianic wind boomeranging in his face -- has now met his match: an increasingly informed, vigilant, politically engaged and liberty-loving citizenry. And none too soon.