From the Battlefield to the Courtroom 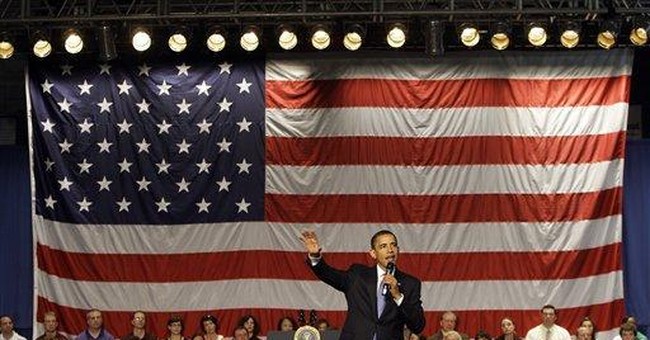 During the presidential campaign, when some warned against Barack Obama's soft approach to the war on terror, I doubt they had any idea he would greatly exceed their worst expectations. But he has.

A common refrain of the Bush administration and its defenders in the prosecution of the war was that prior to the 9/11 attacks, the American government had been treating Islamo-terrorism as a law enforcement problem. The 9/11 attacks forced us, kicking and screaming, into the realization that the Islamo-jihadists were indeed in a war with us and that we would have to wage war against them, as well.

This new approach seemed to have been accepted as a necessity by both parties, and the nation united -- temporarily, at least -- around our new policy to adopt a proactive and comprehensive military approach to fight terrorism. For a time, we achieved a degree of bipartisanship on such ideas as breaking down the forced walls of separation imposed by the Clinton administration that discouraged our intelligence agencies from sharing information on terrorist activities.

Before long, though, Democrats reverted to their perennial practice of politicizing every exploitable issue and began systematically attacking and undermining our newfound war-oriented approach. They began their specious assaults, in the name of protecting the privacy of U.S. citizens, against the various programs we were using to monitor terrorists and prevent future attacks.

Their war against the war included criticizing the National Security Agency's terrorist surveillance program, which they slandered as "domestic spying," the NSA's tracking "data mining" of terrorist calls to and from the United States, and the administration's Terrorist Finance Tracking Program. In all these cases, their claims were eventually shown to be overblown at best -- and trumped-up at worst.

They also began a smear campaign against the administration, our military and the CIA concerning our treatment of enemy combatant detainees being held in Guantanamo Bay. This mania reached its nadir with Sen. Dick Durbin's likening our treatment of Gitmo prisoners to that of the Nazis, the "Soviets in their gulags" and Pol Pot.

But when four senators visited the prison -- two Democrats, Ron Wyden and Ben Nelson, and two Republicans, Jim Bunning and Michael D. Crapo -- they came back telling quite a different story. Nelson said: "Everything we heard about operations there in the past, we'd have to say, was negative. What we saw firsthand was something different."

A House delegation made similar findings in 2005, with Rep. Joe Wilson reporting, "The detainees' meal was as good as any I had in my 31 years of Army Guard service, and I can see why the prisoners this year gained five pounds over last year."

But never mind the facts. Undeterred, presidential candidate Obama promised to close Gitmo (with little opposition from Sen. McCain), though he had no plans for the relocation of the prisoners. He also campaigned hard against the Bush administration's allegedly abusive war policies, though he vehemently denied he would return America to a pre-9/11 mindset or to having a law enforcement approach against jihadists.

But since taking office, he has done just that. I know, I know … even some conservative wishful thinkers have been led to believe Obama "gets it" because, despite his bluster, he has retained the NSA surveillance program and military tribunals with only cosmetic changes.

I have difficulty understanding their optimism, in view of Obama's encouragement of Iran's nuclear aspirations; his steadfast determination to close Gitmo, though still having no plan for prisoner relocation; his Cairo speech, evidencing his preferential sympathy for Palestinians over Israelis, with his cynical equating of the Holocaust with Palestinian dislocation; his refusal to denounce Islamic terrorism; his attempt to delegitimize the Jews' entitlement to their land; and his astounding sugarcoating of Muslim intolerance.

It is equally mystifying that Obama's apologists overlook his callously euphemistic substitutions of "overseas contingency operations" for "war on terror" and "man-caused disasters" for "terrorist attacks" and his release of classified CIA "torture memos" for enemy consumption over the objections of his own intelligence officials.

But this very week, Obama has outdone himself. There are reports that his Justice Department has quietly ordered the FBI to give Miranda warnings to enemy combatants captured at war in Afghanistan. This, after Obama mocked Sarah Palin's campaign prediction that he would do this and his similar denial to "60 Minutes'" Steve Kroft.

Is this new approach to the war, er, overseas contingency operations, what Obama means by promoting our shared values? Do our shared values include treating terrorists like victims and putting Americans' security at risk?

What in the world is Obama thinking? What evidence is available to him, other than perhaps a hyper-narcissistic delusion that he can tame murderous terrorists with a speech, to justify his radical softening of our life-and-death struggle against Islamo-terrorism?