Another Day, Another Scary Nomination 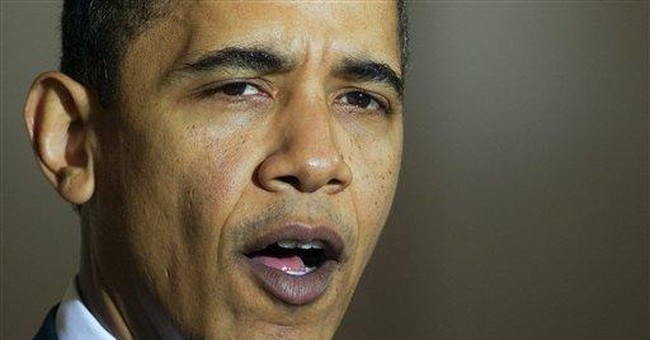 As usual, President Barack Obama is multi-tasking the dismantling of the American system on so many fronts that not all of the outrages can be properly monitored. So while you should be mortified by his dictatorial power grab with General Motors, please don't miss his recent nomination of former Yale Law School Dean Harold Koh as legal adviser for the State Department.

In his new position, Koh not only would represent the United States before international bodies, such as the U.N. and the International Court of Justice, but also would influence the degree to which laws of other countries should influence American jurisprudence.

After reading an alarming piece by Meghan Clyne in the New York Post concerning the Koh nomination and the degree to which Koh believes it's appropriate for courts to consider other nations' laws in interpreting our Constitution, I read a number of Koh's legal writings and speeches.

Clyne reported that New York lawyer Steven Stein said that Koh, in addressing the Yale Club of Greenwich in 2007, claimed that "in an appropriate case, he didn't see any reason why sharia law would not be applied to govern a case in the United States."

It turns out that on March 21, 2007, Carol Iannone, on Phi Beta Cons blog, published a letter from Stein to Dean Koh about his Yale Club remarks. Stein wrote, in part, "In your discussion of 'global law' I recall at least one favorable reference to 'Sharia', among other foreign laws that could, in an appropriate instance (according to you) govern a controversy in a federal or state court in the US."

Whether or not Koh ever responded to Stein's letter, Stein's representations of Koh's remarks are certainly consistent with Koh's writings that I reviewed.

In other words, nationalists don't believe that it's appropriate to look to foreign law in interpreting our Constitution. They believe that only the political branches, not the courts, can adopt provisions of international law, and they don't believe in slavish deference to global legal authorities, such as the International Criminal Court.

Transnationalists clearly believe in an ever-changing, living Constitution and reject originalism (interpreting the Constitution according to its original understanding). They are obviously globalists, not overly concerned with American's national sovereignty. They see the international community, in the words of Koh, as a "community of reason" and believe that American judges, in interpreting our Constitution, can resort to this "community of reason" (foreign laws) to choose between two "plausible" legal positions. Indeed, Koh wrote approvingly of United States Supreme Court decisions acknowledging "evolving standards of decency" and that we may look to this global community of reason to determine what those standards are.

If any of this is too legalistic, let me quote from Koh's "Jefferson Memorial Lecture on Transnational Legal Process After September 11," published in the Berkeley Journal of International Law.

In his introductory remarks, Koh said the United States, along with North Korea and Iran, form "the axis of disobedience," that is, those nations "whose disobedience with international law has attracted global attention after Sept. 11." Are you beginning to see the picture here?

If not, try his testimony before the Senate Judiciary Committee on Sept. 16, 2008, in which he lamented that the Bush administration forfeited the "universal sympathy" America enjoyed as a victim of the 9/11 attacks with a "series of unnecessary, self-inflicted wounds, which have gravely diminished our global standing and damaged our reputation for respecting the rule of law," including Abu Ghraib, Guantanamo, torture, indefinite detention of enemy combatants, military commissions, warrantless wiretaps, evasion of the Geneva Conventions and international human rights treaties, excessive government secrecy, attacks on the United Nations, and others.

It's no surprise to me that President Obama seeks to install as assistant State Department legal counsel a man who, like George Soros and a host of ultra-left-wing bloggers, believes America is always the bad guy and that we should rehabilitate ourselves through following the wisdom of foreign nations and international bodies.

Does it surprise you?