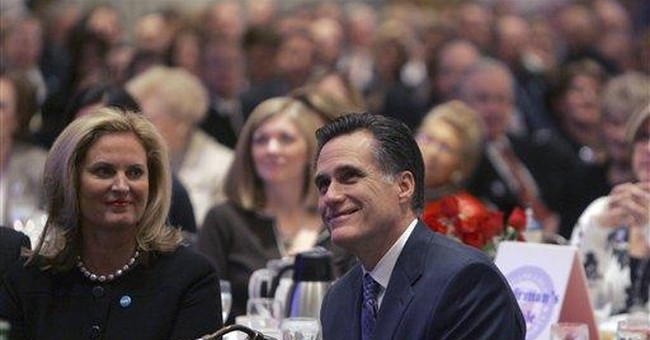 If you want to better understand the intramural battles among conservatives today, there's no better way than to review the historical development of the modern conservative movement. Al Regnery's new book, "Upstream: The Ascendance of American Conservatism," does just that.

It covers the development of modern conservatism from its inception to the present. Though I am too young to have firsthand knowledge of the earlier phases, I've read plenty about them. No book summarizes this entire history better than this one, bringing to life all the significant players and their causes.

But it's not just for political junkies, though they'll find it fascinating as well. It is for everyone who seeks a better understanding of today's political issues because it provides essential historical context and perspective.

It is a book about great, enduring ideas and the great men and women who believed strongly enough in those ideas to dedicate their lives to advancing them against very difficult odds.

Many conservatives today tend to think we are experiencing something unique in our struggles against liberal Democrats and against moderate Republicans who want to take control of the party and dilute the conservative philosophy. They're quite wrong.

Though we pay lip service to the axiom that history repeats itself, it is still humbling to realize that most of the debates between liberals and conservatives, as well as the internecine conflicts now taking place within conservatism, mirror those that occurred decades earlier.

It's hardly surprising that in these grand struggles we see history repeating itself since the differences between liberals and conservatives arise from their opposing worldviews. Liberals tend to believe that man is basically good and that society is to blame for his infractions. It follows that they believe that an active, expansive government can eradicate most of those problems. Most conservatives don't automatically view man as a victim but as afflicted with original sin.

Though Regnery wrote this book before much of the GOP primary season unfolded, it's uncanny how timely it is given the widespread dissatisfaction among conservatives with the GOP primary results this year.

It's as if he planned to console disgruntled conservatives by showing that we've been through this before and survived. And the stakes were every bit as high then, with the specter of global communism and numerous domestic threats to liberty, including FDR's New Deal and court-packing schemes and LBJ's Great Society.

"Upstream" reminds us that it wasn't that long ago when there wasn't even a conservative movement as such, only a handful of intellectuals, bereft of organization or coordination, courageously writing books that expressed ideas many Americans believed but which were not being promoted by any political party or movement.

Regnery describes the seminal contributions of Friedrich Hayek, Ludwig von Mises, Whittaker Chambers, William F. Buckley Jr. and others. But it wasn't until the publication of Russell Kirk's "The Conservative Mind" that conservatism gained a substantial degree of intellectual respectability. This foundational work not only explained conservatism as a cohesive philosophy, it also provided an identity to what had been just "an amorphous and scattered opposition" to liberalism.

During those years, liberalism was dominant in our institutions and culture, and conservatism, for decades, had to swim upstream. But the obstacles didn't deter the conservative giants, who realized that preserving the United States as the greatest and freest nation in history hung in the balance.

From the early stages, there were basically three types of conservatives, distinguished by their different emphases: the anticommunists, the libertarians and the traditionalists, each of which has a modern counterpart represented by the so-called three stools of conservatism: national defense, a free-market economy and social conservatism. Like today, there was much overlap among the groups.

Regnery describes the rivalries among these sometimes competing groups and their eventual "fusion" into a unified movement.

There are many other aspects of book I found particularly relevant to what we're witnessing today. For example, Regnery tells us that early conservatism was not a top-down enterprise. Interestingly, we're discussing that very subject today, with commentators insisting that conservatism is presently a top-down movement led by a small number of influential radio talk-show hosts.

Others of us have registered our strong dissent. "Upstream" reinforces our notion that conservatism, by its nature, springs from the grassroots. Talk-show hosts aren't dictating ideas to brain-dead sponges but affirming and validating deeply held beliefs they already share.

Similarly, those who've expressed concern over John McCain's rise, despite his many liberal apostasies, can profit greatly by reading Regnery's retelling of the battles between Goldwater conservatives and Nixon supporters. Those who think conservatives are treading new ground in threatening to sit out this election would learn that these same arguments occurred then with equal passion from both sides.

I've just covered a fraction of it, but this book offers a thorough history of the movement, with trenchant and admirably objective analysis. Those with the slightest interest in this subject will have difficulty putting it down.