David Harsanyi
|
Posted: May 08, 2020 12:01 AM
Share   Tweet
The opinions expressed by columnists are their own and do not necessarily represent the views of Townhall.com. 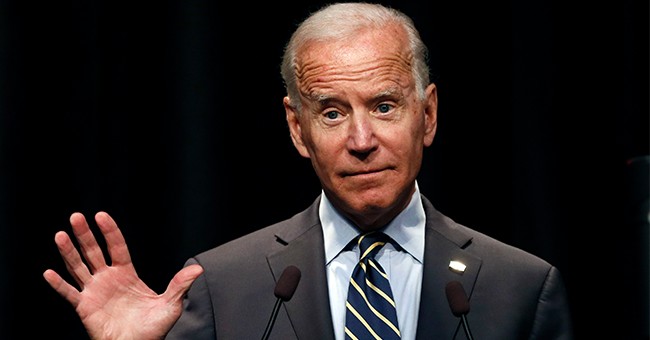 If presumptive Democratic Party presidential nominee Joe Biden were forced to live by the standards he wants to set for college students accused of sexual misconduct, he would already have been presumed guilty, been denied a genuine opportunity to refute the charges leveled against him by Tara Reade, and had his life ruined.

While Biden has hundreds of pundits and an entire constellation of Democratic Party-affiliated groups defending him, accused 18- and 19-year-olds have no such recourse under Biden's preferred set of guidelines. As conservatives keep hammering the partisan double standards in the media's coverage of sexual assault accusations -- a wholly legitimate grievance -- they should not forget that Biden has long championed stripping the due process rights of college students accused of sexual misconduct.

In 2011, the Obama DOJ's "Dear Colleague" letter directed institutions of higher learning to adjudicate sexual assault and misconduct cases under Title IX not by a "clear and convincing evidence" standard but by a "preponderance of evidence." The letter also "strongly" discouraged cross-examination of alleged victims -- one of the fundamental methods of determining truth -- because it "may be traumatic or intimidating" to the alleged victim. After Secretary of Education Betsy DeVos proposed new rules to reinstate some semblance of impartiality in the process, Biden, and a number of other Democrats, engaged in a smear campaign against her.

The former vice president has never actually spelled out his specific criticisms of DeVos's proposal. In a sycophantic 2017 Teen Vogue interview, in which Biden offered a number of rambling platitudes regarding sexual assault, he argued that DeVos is incentivizing assaults by proposing that colleges live by the traditional criteria of fairness. "Let me tell you," he said, "it bothers me most if Secretary DeVos is going to really dumb down Title IX enforcement. The real message, the real frightening message you're going to send out is, our culture says it's OK."

Arguing that unprejudiced hearings (and I'm still not sure why these cases aren't adjudicated in civil and criminal court) are a tacit approval of rape is repulsive. Even worse: we now know Biden believes that allegations against him should be evaluated using the precise principles that he would deny others.

Under the Obama administration's directives, an accused college student was often denied the ability to question his accuser, denied the right to review the allegations and evidence in an ensuing investigation, denied the right to present exculpatory evidence and denied the right to call witnesses. Oftentimes a "single investigator," with minimal training, would be deputized to be judge and jury. Biden's personal expectations are dramatically different. Indeed, he refuses to even open his own senatorial papers -- which might contain evidence related to Reade's accusations -- or to allow the public to see them.

Biden is lucky that, in this case, media outlets chose to act in a professional manner, reporting and offering context to Reade's allegations. Brett Kavanaugh was not so fortunate. Back then, journalists relayed every salacious, uncorroborated and risible allegation thrown at them, leaving the Supreme Court nominee to prove his own innocence. The former vice president expects college students to live under the Kavanaugh standard while he enjoys his own.

Now, obviously, Biden is to be judged by voters, not by a court or institutional tribunal. Reade hasn't filed criminal charges. But guess what? Most students aren't under criminal investigation either, and yet their collegiate careers and reputations can be forever ruined by the prejudiced process that was forced on colleges by Biden. The Foundation for Individual Rights in Education estimates that half of unfair-treatment lawsuits completed since 2013 have ended in the favor of the accused.

Every allegation of sexual assault should be taken seriously. But as I've argued elsewhere, due process isn't the opposite of justice; it is the prerequisite to it. Biden, whose campaign argues that he is falsely accused, should finally comprehend the importance of traditional tenets of justice. And no, not just for himself.