Have More Kids. It's Good For the Planet

David Harsanyi
|
Posted: Aug 26, 2016 12:01 AM
Share   Tweet
The opinions expressed by columnists are their own and do not necessarily represent the views of Townhall.com. 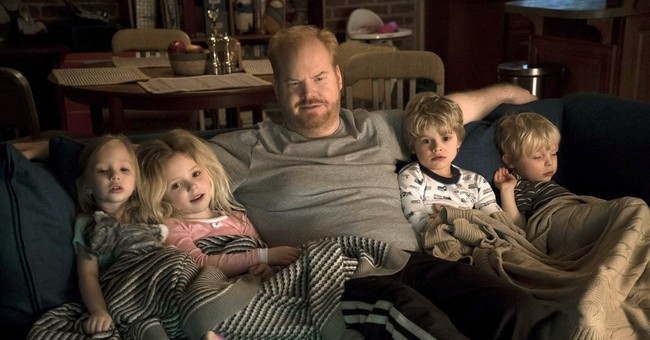 The problem with environmentalists isn't merely that they have destructive ideas about the economy, but that so many of them embrace repulsive ideas about human beings.

Take a recent NPR piece that asks, "Should We Be Having Kids In The Age Of Climate Change?" If you want to learn about how environmentalism has already affected people in society, read about the couple pondering "the ethics of procreation" and its impact on the climate before starting a family, or the group of women in a prosperous New Hampshire town swapping stories about how the "the climate crisis is a reproductive crisis."

There are, no doubt, many good reasons a person might have for not wanting children. But it's certainly tragic that some gullible Americans who have the means and emotional bandwidth -- and perhaps a genuine desire -- to be parents avoid having kids because of a quasi-religious belief in apocalyptic climate change and overpopulation.

Then again, maybe this is just Darwinism working its magic.

In the article, NPR introduces us to a philosopher, Travis Rieder, who couches these discredited ideas in a purportedly moral context. Bringing down global fertility rates, he explains, "could be the thing that saves us."

Save us from what, you ask? The planet, he tells a group to students at James Madison University, will soon be "largely uninhabitable for humans," and it's "gonna be post-apocalyptic movie time." According to NPR, these intellectual nuggets of wisdom left students speechless.

Oh, no! Did someone forget to tell millennials that the megatons of greenhouse gases that cellphone charging emits into the atmosphere is going to create a dystopia? That's an unforgivable oversight by our culture and public schools -- which almost never broach the topic of climate change.

What can we do? Well, Rieder says, "Here's a provocative thought: Maybe we should protect our kids by not having them."

The idea that we should have fewer children to save the planet hasn't been provocative in about 50 years. It would take these students five minutes of Googling to understand that doomsayers have been ignoring human nature and ingenuity since the 18th century, at least.

They might read about Paul Ehrlich and our "science czar" John Holdren, who co-authored a 1977 book suggesting mass sterilizations and forced abortions to save the world. (We're decades past the expiration date.); or about Supreme Court Justice Ruth Bader Ginsburg, who not long said that she always assumed Roe v. Wade was "about population growth and particularly growth in populations that we don't want to have too many of." Did she mean poor people? Did she mean people who recklessly use air conditioners? It's still a mystery.

Overpopulation is regularly cited by journalists -- who quite often live in the densest, yet somehow also the wealthiest, places on Earth -- as one of the world's pressing problems, thrown in with war and famine and so on.

But it's got a bit of a new twist these days. As Rieder tells it, Americans and other rich nations are responsible for more carbon emissions per capita than anyone. And since the world's poorest nations are most likely to suffer "severe climate impacts," it all "seems unfair."

However, we have fewer hungry people than ever in the world; fewer people die in conflicts over resources; and deaths due to extreme weather have been dramatically declining for a century. Over the past 40 years, our water and air is cleaner, despite population growth.

Everything is headed in the wrong direction for environmental scaremongers. If we're already experiencing the negative force of climate change -- which I'm told we are every time we have ugly weather somewhere in the country -- shouldn't things be getting worse? Well, the real trouble is always right over the horizon.

Take India. Not only does it have to deal with Americans despoiling the Earth but its population has exploded from 450 million in 1960 to 1.25 billion today. Yet, by every tangible measurement of human progress, the Indian people live better now than they did before the colonialists started using refrigerators. And it's not just India.

Even the United Nations estimates that the world population of 9 billion expected by 2050 could be supported with the technology we already possess. What Malthusians never take into consideration are the efficiencies and technology we don't have yet, which continually amaze us and undermine their dark vision of humankind's future.

The real problem we face is sustaining population. The replacement fertility rate is 2.1, and in certain places where they fail to meet this threshold -- parts of Europe and Japan, for example -- they've suffered economic and cultural stagnation. Here in the United States we have, for a variety of reasons, long struggled with this problem, as the Wall Street Journal's Jonathan Last has argued. The success of developing nations also portends a similar slow-down.

Here's a provocative thought: Maybe it's the best time in history to have children.