George Will Is Right 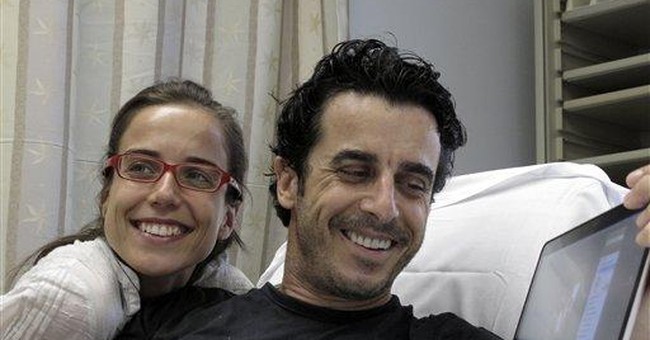 This week, prominent conservative pundit George Will wrote a column advocating the withdrawal of U.S. troops from Afghanistan. His piece, not surprisingly, was met with instantaneous anger, disdain and derision from most of the right.

"But let's be honest," wrote noted neoconservative William Kristol on The Washington Post's blog. "Will is not calling on the United States to accept a moderate degree of success in Afghanistan, and simply to stop short of some overly ambitious goal. Will is urging retreat, and accepting defeat."

Tossing around the words "retreat" and "defeat" -- or, as one critic more creatively asserted, Will's column "could have been written in Japanese aboard the USS Missouri" -- is the rhetorical equivalent of the vacuous "chicken hawk" charge leveled at any civilian who supports military action. It's emotive and hyperbolic, and I probably have used it myself, but it's not an effective argument.

Judging from their harsh reaction to Will, it's not clear when, if ever, some conservatives believe the U.S. should withdraw from Afghanistan. Even less clear is how the victory narrative is supposed to play out. Does this triumphant day arrive when every Islamic radical in the region has met his virgins? If so, after eight years of American lives lost, the goal seems farther away than ever.

Or is victory achieved when we finally usher this primitive tribal culture, with its violent warlords and religious extremism, from the eighth century all the way to modernity? If so, we're on course for a centuries-long enterprise of nation building and baby-sitting, not a war. The war was won in 2002.

If the goal is to establish a stable government to fill the vacuum created by our ousting of the Taliban and al-Qaida, we've done quite a job. Most Americans can accept a Marine's risking life and limb to safeguard our freedoms. But when that Marine is protector of a corrupt and depraved foreign parliament -- one that recently legalized marital rape and demands women ask permission from male relatives to leave their homes -- it is not a victory worth celebrating.

You know, idealism regarding Afghanistan's future begins to dissipate the first time we read the words "why don't we negotiate with the moderate Taliban?"

But while strict Shariah law is acceptable, illicit drugs are not. If most of us agree that America has no business foisting its notions of wrong and right on other cultures, why, then, did we spend hundreds of millions of dollars eradicating poppy crops (one of the only productive crops of the Afghan farmers)? Was it because our own war on drugs has gone so splendidly?

It is perplexing that advocates of a long-term engagement in Afghanistan -- folks who often reject social engineering as a tool of public policy -- accept the idea that a nation with scores of ethnic groups, widespread corruption, no industry and no bonding of language or nationality can be coaxed into constructing a stable and lasting democratic society.

What seemed to irk Will's detractors most, however, was his inconsistency. You can go from patriot to cheese-eating surrender monkeys in a mere 750 words. And if you once supported Operation Enduring Freedom, you apparently have cast your lot with Kabul forever. Which makes sense, because it's going to take that long for American troops to find a puppet Islamic state that pretends to value any enduring freedoms.

Naturally, the invasion made sense after the 9/11 attacks. Fighting terrorism with force makes sense. The subsequent military victory was worth celebrating. But if every military engagement includes an open-ended plan for nation building that pins our fortunes on the predilections of a backward nation, we are, indeed, setting ourselves up for failure.