David Gratzer, a physician, is a senior fellow at the Manhattan Institute. His research interests include consumer-driven health care, Medicare and Medicaid, drug reimportation, and FDA reform. The late Milton Friedman, Nobel Laureate in Economics, wrote that Dr. Gratzer is "a natural-born economist." David Gratzer's most recent book is Why Obama's Government Takeover of Health Care Will Be a Disaster (Encounter Books, 2009)).

Previously, Dr. Gratzer authored the book Code Blue: Reviving Canada's Health Care System (ECW Press, 1999), which was awarded the $25,000 Donner Prize for best Canadian public policy book in 2000 and which is now in its fifth printing. Dr. Gratzer is also the editor of Better Medicine (ECW Press, 2002), a collection of essays from leading health care thinkers in Canada, the United States, and Europe.

He is often quoted on health matters across North America. His writing has graced the pages of more than a dozen newspapers and magazines, including The Wall Street Journal, The Washington Post, The Los Angeles Times, and The Weekly Standard. For his essays, Dr. Gratzer won the 2000 Felix A. Morley Journalism Competition, sponsored by George Mason University’s Institute for the Humane Studies. Past winners include James Taranto (The Wall Street Journal) and Jonathan Karl (ABC).

Dr. Gratzer has recently been cited in the New England Journal of Medicine, Health Affairs, as well as by major media outlets across the United States and Canada. He has been interviewed by dozens of the nation's top media hosts and he has delivered keynote addresses at several major industry conferences, including the World Health Congress and the Consumer Driven Health Care Conference. He debated Congressman Gil Gutknecht on drug reimportation at the American Enterprise Institute, testified before Congress on the Health Care Choice Act, and keynoted the Long Island Health Care Summit after Senator Hillary Clinton cancelled because of a scheduling conflict.

Dr. Gratzer is a peer reviewer for numerous publications and organizations: the Journal of Health Politics, Policy, and Law, the Canadian Medical Association Journal, the American Journal of Medicine, the Max Bell Foundation, the Pacific Research Institute, and the National Center for Policy Analysis.

Dr. Gratzer is married and is the proud father of two daughters.

The Coming Obamacare Deficits
By David Gratzer
On a quiet Friday afternoon this summer, the central justification for President Obama’s health-care overhaul died a quiet death. On ...
July 15, 2010 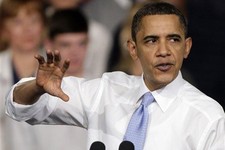 The Trillion Dollar “Bargain”
By David Gratzer
Credit where credit is due: the latest White House argument for health reform is compelling. The administration has figured out ...
March 20, 2010 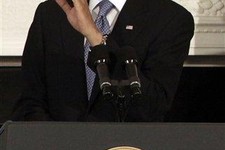 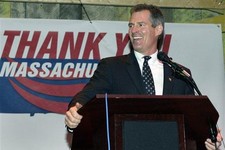 GOP: Read Your Massachusetts Memo
By David Gratzer
After Massachusetts decidedly elected Scott Brown, there is a temptation for Republicans to hear the message they want to hear, ...
February 03, 2010
Congress' Shoe Problem
November 13, 2009 |