When Citizens Threaten the Establishment

David Grantham
|
Posted: Nov 02, 2016 12:01 AM
Share   Tweet
The opinions expressed by columnists are their own and do not necessarily represent the views of Townhall.com. 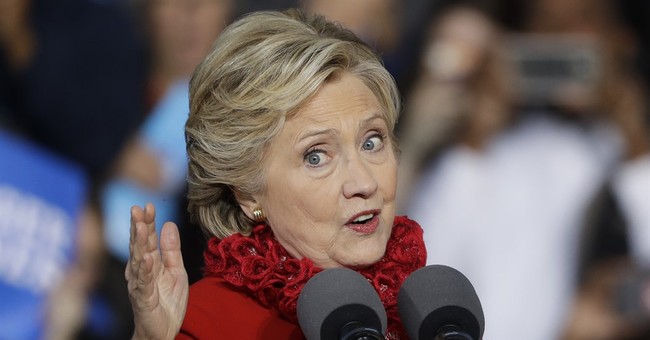 The outcome of this presidential election will not change the fact that the United States is experiencing an internal Thucydides Trap – a reference to how the emerging power of Athens struck fear in the heart of the established power in Sparta, sparking the ancient Peloponnesian War.

According to Gallup polling, trust in government to do the right thing “all or most of the time” has reached its lowest point in more than 50 years. The increasingly informed American public is an emerging power that threatens the establishment.

This is not a tax inspired, tea-in-the-harbor routine. No, this situation is a result of political elites -- a mosaic of Republican and Democrat bureaucrats, media clingers and financiers -- taking for granted the security of the United States, and then trying to hide it from the governed.

Elites and their hangers-on have worked tirelessly to insulate themselves from the consequences of the big government they champion. Meanwhile, they tell average Americans that exorbitant spending, unabashed federal overreach and legislative manipulation, while frustrating, were acceptable shortcomings of a modern bureaucracy. Cultural overlords excused it all as competing visions of America’s future.

Somewhere along the lines, emboldened elitists have shifted to actions that undermine national security. And they haven’t tried to explain it away as with taxes, education or healthcare. They’ve tried to hide it.

Political elites admitted, for instance, that governments cannot effectively vet thousands upon thousands of Syrian refugees. No matter, they simply try to insulate themselves from the impact. The Daily Caller confirmed that 112 of the 121 Syrian refugees resettled in Virginia ended up in the state’s poorest communities. The counties of the highest means received nine. Peggy Noonan calls this the “top detaching itself from the bottom.”

Ben Rhodes privately confessed that the Iran nuclear deal was a bad one. John Podesta agreed that it condemned “the next generation to cleaning up a nuclear war in the Persian Gulf.” Naturally, they went on to congratulate fellow elitists for their expert pageantry in selling such a terrible idea. In other words, they measured success by the creativity it took to approve a horrible something, rather than scuttling the horrible something. Yes, the same could be said for the Omnibus Bill and Obamacare. But the difference here is that officials privately acknowledged a solution posed a long-term threat to national security and still fought for it.

The administration used the cover of darkness to deliver $1.7 billion in foreign currency (an illegal technique known as money laundering) to pay the greatest state sponsor of terror for the release of U.S. prisoners. They told the American public it had to do with an outstanding debt from decades ago, but only after the deed was uncovered. Now Loretta Lynch, the country’s chief law enforcement official, has chosen to “effectively plead the Fifth” when faced with questions from congress.

Hillary Clinton’s email scandal epitomizes the establishment’s complete disregard for the security of the country. The pattern of contempt for protocol is alarming; even more so when one considers that she was fourth in the presidential line of succession as Secretary of State. Those actions prove her instinct for choosing personal priorities over national ones.

Those are just the highlights. The establishment went from an entrenched power that fought to guard the American system so it could selfishly benefit from it to a group that acts unconcerned with the system’s survival. The American public went from suspecting the political elite of corruption to knowing it.

Ayn Rand declared a society doomed “when you see money flowing to those who deal, not in goods, but in favors…when your laws don’t protect you against them, but protect them against you.” The establishment will fight. It might even offer token remedies. But those will amount to very little as the political class continues to undermine the country’s safety. The American public should begin by demanding innovative security solutions all purposed at yanking power back from the establishment:

The conflict inherent in the Thucydides Trap can be avoided but it requires major change.