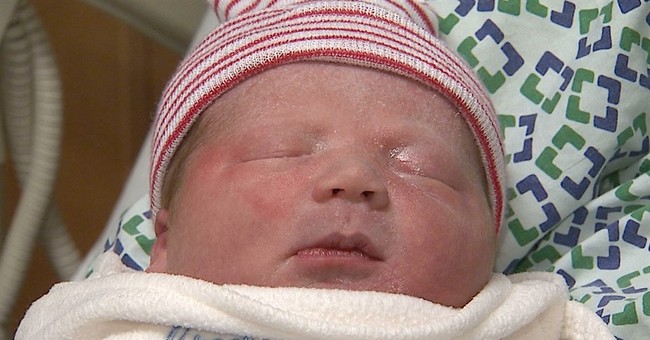 As the United States House and Senate try to defund Planned Parenthood, one of the most ardent promotors of human abortion and apparently (based on recent videos) the reselling of baby parts fresh from the womb, many Americans recoil in disgust. They wonder how we have drifted so far from our nation’s moral roots, from sensibilities of our parents and grandparents, never mind the Founders. They wonder aloud and among ourselves, how did we get here? More: How do we return to a sense of proportion, mutual respect for young life, common purpose in love of humanity? How do we reset the discussion, restore to ourselves as individuals and a nation the warm heart, common appreciation for the gift of life?

Perhaps it is too much to ask. Perhaps we have lost our self-awareness permanently, and there is no way out of the moral thicket into which we have waded. Surely the congressional debate ahead will be a pitched, ugly battle. Win, lose or draw, personal allegations and recriminations will fly, with anti-everyone rhetoric on full display. Still, I wonder if there is not a better way.

If Roe v. Wade, the 1973 Supreme Court opinion that legalized abortion with complexity and contortion, set our nation on this course, maybe this moment offers the chance again to reevaluate who we are, what we expect of ourselves, individually and as a nation. Perhaps this congressional debate, and the public debate behind it, offers the chance for uncharacteristic introspection. After all, history is never final.

I am reminded of the sentiments that Ronald Reagan once expressed, his love of life, and thus his distress at its loss. Since 1973, more than 58,000,000 children have been aborted, yet even at the outset of this new direction for the nation, Ronald Reagan never attacked those who had made this choice. His was not the prerogative to judge them, and he knew it. Instead, he appealed to our higher angels, and theirs. He noted that only God knows when life begins; we do not. He did not. No Republican does. No Democrat does. He then noted that, because we do not know this deep and timeless truth, we must be cautious; the stakes are after all very high. If we err, and since we are human we have this capacity, we may commit a grave, almost incomprehensible offense. That is why we must err on the side of preserving a human life, not destroying it.

Sounds so simple, and of course life is complex, overlaid with stresses and distractions, counter-veiling practical and financial arguments, many ways to justify dismissing his assessment that the decision is grave, the facts unknowable, the consequences of error grave for a soul and a nation. Yet he was right.

We are morally accountable for who we are. This is why many older Americans, and now many younger Americans, are reexamining this issue. The Planned Parenthood atrocities – and what else can we call them when “intact” babies are pulled from a womb, then die and are sold? – are causing reflection.

The consequences of knowingly choosing to consent or concede the day, and then looking away, are as Reagan reminded us, profound. And profoundly disturbing. So, individually and as a nation, we must not look away. Yet we must know how to forgive and to understand, to explain and recast the discussion as one that helps and lifts those in need, not one that suppresses the truth or lightens its weight by inspiring coldness toward life.

That is why two outcomes are hoped for and are both possible. They should be aggressively pursued at this time, in the present debate over Planned Parenthood. First, America must pause and let Congress know what we care, that we will not allow federal tax dollars to be spent on projects that compromise our morality and sense of what is right. Second, we must take a long look at ourselves in that proverbial mirror. Rather than framing ourselves as against one another, anti-this and anti-that, let us reframe who we are and how we can reach out to one another, and start celebrating life by being “pro-life” at all turns, not anti-life, anti-abortion, anti-each other, but common celebrants of life, especially young life, since only God knows when we begin, and only we know who we are.