But What If the Rich Refuse to Be Eaten? 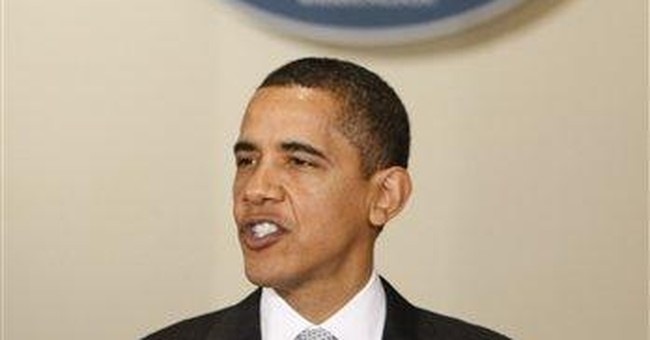 This is a very interesting piece of social engineering, diametrically opposite the favor historically shown to married couples by the tax code. Perhaps it is in philosophical synergy with federal funding for abortion on demand, or maybe just an odd accident.

As an incidental item, it spotlights just how foolish and unfair social engineering by tax policy always is. For everything somebody judges “good” and encourages with tax code manipulation, there is behavior judged “bad” (success and “too much” wealth) to be punished, and havoc ensues.

What is the purpose of taxation? Is it to finance necessary government services, or to empower certain individuals-on-high to reward or punish us according to their moral and philosophical views? This question should have been asked, publicly debated and settled quite some time ago. But it seems critical to ask it now that the new president has proclaimed the tax code (and the federal budget) as his weapon with which to smite sinners.

Assume, for example, that the government wants to encourage fuel conservation, which it says it does. So it may pile on gas taxes to discourage driving. (This is, not coincidentally, a way of taxing all those poor people who pay no income taxes and all the others Obama promised an income tax break to. He giveth, He taketh away. He giveth a little, He taketh away a lot. Too bad no media outlet has compiled a list of all the tax increases Obama is levying on those same folks he has promised tax relief to. That $13 bonus per paycheck and free college is going to prove very, very expensive.)

Instead of or in addition to gas taxes to punish consumption, maybe the government could limit the mileage deduction to only 5,000 miles a year. This might very well reduce gas consumption, and possibly it would tax high income earners more than low income earners. It’d be a tax on small business owners, and that would be “good” in Obama Philosophy. But it might also reduce dining out in restaurants, shopping trips to the mall, and home-based business start-ups that require people to use their cars to visit customers’ homes. It would damage restaurants and retail, push up unemployment, shrink the income tax base, and discourage initiative. Ah, those nasty unintended consequences again.

This is the problem with his ideas for inflicting punishing tax policies only on the top 5 percent income earners – The Rich. If you really believe the damage will be confined to only that 5 percent you’re unbelievable ignorant. If you judge the consequences and all that collateral damage irrelevant, you’re enslaved to a philosophy that says the end justifies the means…and the discrimination….and the mess.

In truth, the top 5 percent needs only to mildly rebel by slightly reducing spending and investment to flood the 95 percent with unimaginable pain. And don’t think they won’t.

Just the other day, I was on the verge of calling up one of those closet designer companies to come out to my home and re-do a cramped, poorly designed closet. I’d guess the job would pump about $6,000 or so through that small business into employees’ paychecks, suppliers’ bank accounts, taxes, etc. In short, I was going to put $6,000 the economy.

Just as I was ready to make the call, I saw on CNBC a re-cap of the Obama Tax Attack aimed at me, followed by an ad for little plastic doodads that hang five times as much clothes in the same space, cost $19.95, and come with a free stick-up light. Bingo! I really don’t need to get that closet re-done. I even decided to skip the entire Home Show coming to town to avoid finding anything I might want to buy. I call this “the Obama backlash.” I’m starting to hear it a lot: We’ll show Him – we’ll just keep our money in our pockets.

A friend of mine and fellow member of The Targeted has placed this bumper sticker on his car: “Buy Nothing Until He’s Gone.”