Daniel Savickas
|
Posted: Feb 01, 2021 11:21 AM
Share   Tweet
The opinions expressed by columnists are their own and do not necessarily represent the views of Townhall.com. 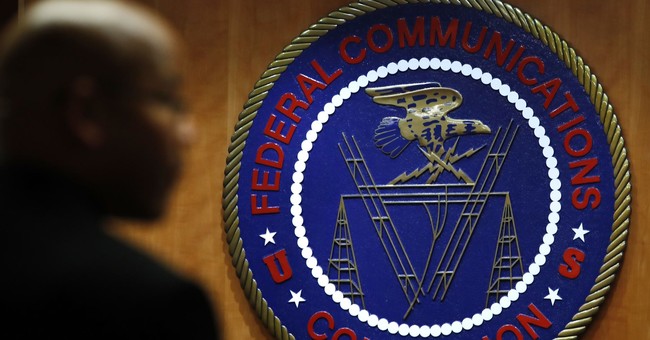 President Joe Biden has appointed FCC commissioner Jessica Rosenworcel to serve as acting chairwoman of the commission. While this does not assure her of a formal appointment to head the FCC, it does make her a strong frontrunner. Rosenworcel has served as a commissioner since May of 2012, with a brief 6-month hiatus in 2017. Her voting record as a commissioner, however, should give taxpayers and consumers cause for concern if she is indeed tapped to run the FCC.

The FCC, under former chairman Ajit Pai, implemented policies that allowed the internet to thrive and grow. Investment in the internet rose to the tune of billions of dollars. Internet speeds increased by roughly 40 percent year over year. The nation also set records for fiber deployment, laying the groundwork for newer, faster technologies in the near future. This success helped the economy thrive and prepared the internet sector to be able to handle the challenges that eventually came along with the coronavirus lockdowns.

Yet, despite this, Rosenworcel spent a fair amount of her time as commissioner standing in opposition to then-Chairman Pai’s initiatives. From classification of the internet as a public utility, to competitive mergers, to the deployment of infrastructure – as well as many other issues – Rosenworcel stood athwart many of the rulemakings that set the internet on the glide path to success.

The most notable, of course, is Rosenworcel’s support for Title II internet regulations – more commonly known as “net neutrality” regulations. This support came in spite of the fact that public utility regulations stifle competition by ensuring entrenched actors are the only ones who can afford to comply. The support persisted even as internet investment in the U.S. slowed to the tune of tens of billions of dollars. It is not unreasonable to wonder if the nation and economy will once again be subjected to these heavy-handed regulations under Rosenworcel’s leadership.

Perhaps more concerning is that once net neutrality was repealed through the Restoring Internet Freedom Order, Rosenworcel maintained support for re-instating the regulations. The U.S. jumped up in the global internet speeds rankings. There are also the aforementioned records set when it comes to investment and infrastructure. Beyond that, numerous companies announced pay raises and bonuses as a result of net neutrality’s repeal giving them more leeway to do so. On top of all of this success from every corner of the nation, Rosenworcel attempted to put Title II regulations back in place and urge activists to do the same.

Another public policy success opposed by Rosenworcel was the approval of the TMobile/Sprint merger. This merger allowed for a third carrier to compete nationally with the larger carriers, Verizon and AT&T. It also gave this new carrier the infrastructure it needed to build and grow a nationwide 5G network. Yet, Rosenworcel opposed the merger, citing monopolization. Thankfully, the FCC majority and the federal courts recognized that a few strong competitors are better options for consumers than dozens of floundering ones.

To her credit, Rosenworcel has often been instrumental in crafting unanimity within the FCC on the liberation of broadband spectrum. The federal government hoards far too much spectrum as it is. Rosenworcel frequently worked with Chairman Pai to push forward auctions of this valuable resource to allow private entities to build out better, more innovative services for the American people. Hopefully, this bipartisan agreement on the need to liberate more spectrum will continue if Rosenworcel is elevated to become the full-time chairwoman of the FCC.

Much of the Biden administration will be dedicated to repealing some of the (de)regulatory accomplishments of the Trump era. Many of the accomplishments undertaken by Chairman Pai and the FCC had – and are still having – profound benefits for the country. It would be a shame if many of them were to go by the wayside under Pai’s successor, be it Rosenworcel or another nominee. This will certainly be something for policymakers and taxpayers and consumers to keep an eye on in the months to come. The health of the internet is too vital to usher in more crippling regulations now.

Dan Savickas is a policy analyst for the Taxpayers Protection Alliance.