Does Europe Have No-go Zones? 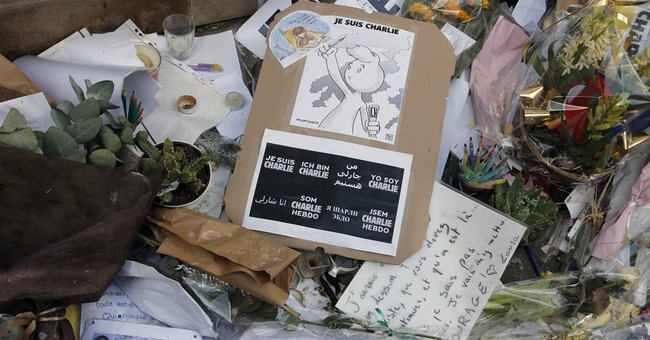 Comments by Steven Emerson on Fox News have prompted a heated debate over whether predominantly Muslim "no-go" zones exist in Europe. On Jan. 11, Emerson said they "exist throughout Europe … they're places where the governments like France, Britain, Sweden, Germany don't exercise any sovereignty. .. you basically have zones where Shariah courts were set up, where Muslim density is very intense, where the police don't go in, and where it's basically a separate country almost, a country within a country."

Although Emerson, whom I admire for his moral courage and investigative skills, immediately apologized for his "terrible error" of saying that cities like Birmingham, England, "are totally Muslim where non-Muslims just simply don't go," he did not address the larger question of whether no-go zones, in fact, do "exist throughout Europe" and are places where governments "don't exercise any sovereignty."

Is he right about this?

After spending time in the banlieues (suburbs) of Paris in January 2013, as well as in their counterparts in Athens, Berlin, Brussels, Copenhagen, Malmö, and Stockholm, however, I have had second thoughts. I found that those areas "are not full-fledged no-go zones" --- meaning places where the government had lost control of territory. No war lords dominate; Shari'a is not the law of the land. I expressed regret back then for having used the term no-go zones.

So, what are these places? A unique and as-yet un-named mix.

On the one hand, West European states can intervene anywhere and at any time in their sovereign territory. As the shoot-out in Verviers and the subsequent raids in Belgium suggest, their overwhelming advantage in force – including military, intelligence, and police – means they have not ceded control.

On the other hand, governments often choose not to impose their will on Muslim-majority areas, allowing them considerable autonomy, including in some cases the Shariah courts that Emerson mentioned. Alcohol and pork are effectively banned in these districts, polygamy and burqas commonplace, police enter only warily and in force, and Muslims get away with offences illegal for the rest of population.

The Rotherham, England, child sex scandal offers a powerful example. An official inquiry found that for sixteen years, 1997-2013, a ring of Muslim men sexually exploited – through abduction, rape, gang rape, trafficking, prostitution, torture – at least 1,400 non-Muslim girls as young as 11. The police received voluminous complaints from the girls' parents but did nothing; they could have acted, but chose not to.

According to the inquiry, "the Police gave no priority to CSE [child sexual exploitation], regarding many child victims with contempt and failing to act on their abuse as a crime." Even more alarming, in some cases, "fathers tracked down their daughters and tried to remove them from houses where they were being abused, only to be arrested themselves when police were called to the scene." Worse, the girls "were arrested for offences such as breach of the peace or being drunk and disorderly, with no action taken against the perpetrators of rape and sexual assault against children."

Another example, also British, was the so-called Operation Trojan Horse that flourished from 2007 until 2014, in which (again, according to an official inquiry), a group of school functionaries developed "a strategy to take over a number of schools in Birmingham and run them on strict Islamic principles."

What does one call Rotherham and Birmingham? They are not no-go zones, neither in terms of geography or sovereignty. This is where we – Emerson, others (such as Louisiana Gov. Bobby Jindal), and I stumbled. The English language lacks a readily-available term for this. And for good reason: I know of no historical parallel, in which a majority population accepts the customs and even the criminality of a poorer and weaker immigrant community. The world has never seen anything comparable to the contemporary West's blend of achievement, timidity, and guilt, of hugely superior power matched by a deep reluctance to use it.

Instead of no-go zones, I propose semi-autonomous sectors, a term that emphasizes their indistinct and non-geographic nature – thus permitting a more accurate discussion of what is, arguably, West Europe's most acute problem.