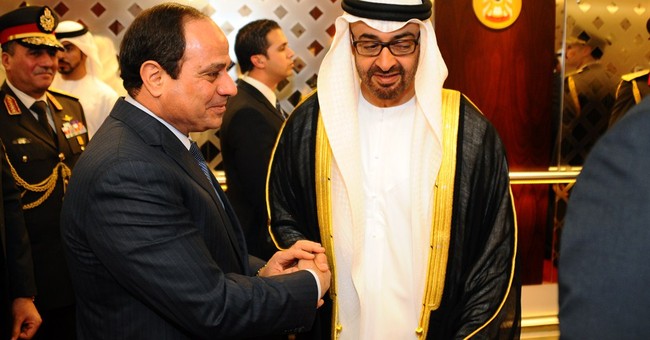 In a widely praised January 1 speech, Egypt's President Abdel Fattah al-Sisi visited Al-Azhar University to address the country's religious leadership, saying the time had come to reform Islam. He's won Western plaudits for this, including a nomination for the Nobel Peace Prize, but I have reservations about the speech.

To begin with, no matter how fine Sisi's ideas, no politician – and especially no strongman – has moved modern Islam. Atatürk's reforms in Turkey are systematically being reversed. A decade ago, King Abdullah II of Jordan and President Pervez Musharraf of Pakistan gave similarly fine speeches on "the true voice of Islam" and "enlightened moderation" that immediately disappeared from view. Yes, Sisi's comments are stronger, but he is not a religious authority and, in all likelihood, they too will disappear without a trace.

As for content: Sisi praised the faith of Islam and focused on what he calls fikr, literally meaning thought but in this context meaning wrong ideas. He complained that wrong ideas, which he did not specify, have become sacralized and that the religious leadership dares not criticize them. But Sisi did criticize, and in a colloquial Arabic highly unusual for discussing such topics: "It is inconceivable that the wrong ideas which we sacralize should make the entire umma [Muslim community] a source of concern, danger, killing, and destruction for the whole world. This is not possible."

Nonetheless, that is precisely what has occurred: "We have reached the point that Muslims have antagonized the entire world. Is it conceivable that 1.6 billion [Muslims] want to kill the rest of the world's population of 7 billion, so that Muslims prosper? This is not possible." Sisi continued, to faint applause from the religious dignitaries assembled before him, to call on them to bring about a "religious revolution." Barring that, the Muslim community "is being torn apart, destroyed, and is going to hell."

Kudos to Sisi for tough talk on this problem; his candor stands in sharp contrast to the mumbo-jumbo emanating from his Western counterparts who uphold the pretense that the current wave of violence has nothing to do with Islam. (Of many flamboyantly erroneous remarks, my favorite is from Howard Dean, the former governor of Vermont, who responded to the Charlie Hebdo massacre with, "I stopped calling these people Muslim terrorists. They're about as Muslim as I am.")

But Sisi gave no specifics regarding the revolution he seeks; what might he have in mind? Contrary to what his admirers say, I believe he champions a subtle version of Islamism, defined the full application of Islamic law (Shari'a) in the public sphere.

Several indications point to Sisi having been an Islamist. He was a practicing Muslim who apparently has memorized the Koran. The Financial Times found that his wife wore the hijab (headscarf) and one of his daughters the niqab(the covering that reveals only eyes and hands). The Muslim Brotherhood president, Mohamed Morsi, appointed Sisi his defense minister precisely because he saw the then-general as an ally.

While a student in Pennsylvania in 2005-06, Sisi wrote a paper advocating democracy adapted to Islam, one that "may bear little resemblance" to its Western prototype but "will have its own shape or form coupled with stronger religious ties." His version of democracy did not separate mosque and state but was established "upon Islamic beliefs," meaning that government agencies must "take Islamic beliefs into consideration when carrying out their duties." In other words, Shari'a trumps popular will.

Also in that paper, Sisi partially aligned himself with Salafis, those long-bearded and burqa'ed Islamists aspiring to live as Muhammad did. He described the early caliphate not merely as "the ideal form of government" but also "the goal for any new form of government" and he hoped for the revival of "the earliest form" of the caliphate.

It's certainly possible that Sisi's views of Islam, like many Egyptians', have evolved, especially since his break with Morsi two years ago. Indeed, rumors have him affiliated with the radically anti-Islamist Quranist movement, whose leader, Ahmed Subhy Mansour, he cited in his student paper. But Mansour suspects Sisi is "playing with words" and waits to see if Sisi is serious about reform.

Indeed, until we know more about Sisi's personal views and see what he does next, I understand his speech not as a stance against all of Islamism but only against its specifically violent form, the kind that is ravaging Nigeria, Somalia, Syria-Iraq, and Pakistan, the kind that has placed such cities as Boston, Ottawa, Sydney, and Paris under siege. Like other cooler heads, Sisi promotes Shari'a through evolution and popular support, rather than through revolution and brutality. Non violence, to be sure, is an improvement over violence. But it's hardly the reform of Islam that non-Muslims hope to see – especially when one recalls that working through the system is more likely to succeed.

True reform requires scholars of Islam, not strongmen, and a repudiation of implementing Shari'a in the public sphere. For both these reasons, Sisi is not likely to be that reformer.