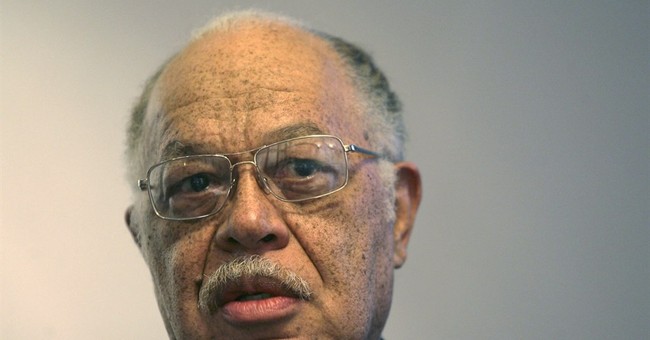 "This case is about a doctor who killed babies and endangered women. What we mean is that he regularly and illegally delivered live, viable, babies in the third trimester of pregnancy – and then murdered these newborns by severing their spinal cords with scissors."

The quotation above is the opening sentence of the sickening and unimaginable 2011 Official Grand Jury report vis-à-vis the trial of Dr. Kermit Gosnell. From the outside-the-womb “abortions” he performed via “snipping,” to the fetal body parts he stored in jars and the squalid, disease-ridden conditions of his “clinic” -- the infamous Philadelphia abortionist now on trial for his life is regarded in some quarters as the personification of evil. But as Jonah Goldberg argues in his introduction to the newly released eBook Blackout: The Gosnell Grand Jury Report the Media Doesn’t Want You to Read, he’s not.

But how could this be, you ask? The man is being charged with killing four infants and a 41-year-old woman.

Well, according to Goldberg, he’s not unlike the Nazi henchman Adolph Eichmann: a relatively ordinary technocrat of the Third Reich who was able to facilitate unspeakable atrocities by performing mundane, everyday activities without which the Final Solution would have been impossible. In a sense, like Eichmann, Gosnell was merely doing things (in this particular case, medical procedures) that weren’t necessarily considered immoral. Hence the “right” to an abortion, which is upheld and protected by two federal statutes, created the conditions for which Gosnell’s grisly crimes were made possible.

In any case, the mainstream media’s reluctance to cover this gut-wrenching trial was rightly criticized by those of us on the Right -- in part because of the sheer ridiculousness and cowardice of some journalists’ explanations for failing to do so. And while the “media blackout” -- which Goldberg covers extensively -- is worth exposing for obvious reasons, liberal bias is not the crux of the matter.

The Gosnell case raises at least one significant question that pro-choicers are hesitant to confront, let alone answer: what is the biological difference between a viable, 35-week-old “fetus” inside the womb and, say, a breathing infant born a few minutes later? Above all, this question -- regarding both the legality and morality of late-term abortion -- is why Goldberg’s essay is so important.

He writes, “[W]hatever opinion one may have about where life begins and what that means about the sanctity of that life, there is no debate at the other end of the spectrum. A baby one minute before it is separated from its mother is no more of a human being a minute later. A baby with a toe still in the birth canal cannot by any legitimate standard be seen as mere “uterine contents” but a fully recognized human once its toehold is lost.”

What constitutes a human being today, then, is nothing more than a matter of semantics. In other words, depending on where -- not when --the abortion is performed is determinant in whether or not a medical abortion is, by definition, murder. Worse still, as Goldberg points out, there’s a very real possibility that the most serious charges brought against Gosnell will be deemed negligible or perhaps even dropped; after all, what he did in many instances was legally permissible. And more importantly, the things he did in his abattoir that were illegal in the state of Pennsylvania -- performing abortions after the 24 week gestation period, for example -- are in fact legal in other states.

Indeed, it’s worth mentioning that the United States has some of the most laid-back abortion laws in the world. For example, many industrialized nations in Western Europe have outlawed abortions after twelve weeks. And yet late-term abortions here -- in the so-called richest and most free nation on earth -- are exceedingly common. I’m not sure I actually knew abortion laws in Europe were more stringent before reading Goldberg’s essay. And I suspect many Americans didn’t know that either until now.

It is therefore instructive for conservatives to learn from the Gosnell case -- not only to raise awareness so that late-term and post-term abortions can be legally outlawed in all fifty states, but to prioritize the battles ahead. Roe v. Wade will almost certainly be the law of the land for years if not decades to come. Hence the logical next step is for pro-lifers to explain to the American public why late-term abortion is -- as intrepid journalist Kirsten Powers recently argued -- tantamount to infanticide. There is literally no biological difference between a “fetus” and a baby born minutes later. Thus shouldn’t America’s laws reflect this simple reality, despite what the radical, pro-choice lobby will say and do to obfuscate the truth?

If anything, Goldberg’s essay helps illuminate this crucial point, and reminds us that as long as viable human beings are continuously and systematically slaughtered in U.S. abortion mills, our most noble ideal -- the belief that “all men are created equal” under God -- is nothing more than a poetic clause of little or no significance.