The Naked Public Square: A Prophetic and Invaluable Read 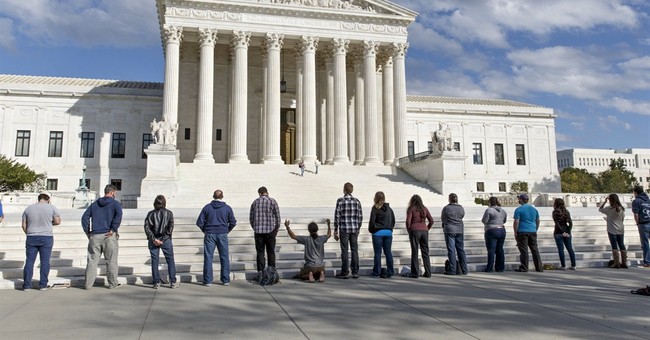 The late Richard John Neuhaus launched onto the national scene in the mid-1980s with a tome that would come to define his life’s work as a Christian public intellectual. The book was called The Naked Public Square, and it hit shelves in the year 1984. That year, 1984, saw Ronald Reagan re-elected, and it followed several years of seismic political realignment in the United States. That realignment, based on growing cultural divides between secular liberals and traditional conservatives, would reshape the nation’s two major political parties and set their trajectories for decades.

By the early 1980s, the sexual revolution had rocked American culture for nearly 20 years and had begun to make its mark on public law – most overtly, perhaps, in the Roe v. Wade decision that legalized abortion. In response to these developments, religious conservatives began flooding the political scene, launching advocacy groups like Moral Majority, Christian Coalition, Family Research Council – and the list goes on. This proliferation of the new “religious right” shocked many observers and effectively pressed pause on the sexual revolution’s political gains.

These were the turbulent cultural and political waters that Richard John Neuhaus waded into. The Naked Public Square offered timely and profound reflections on the role of religion in public life, and set the intellectual tone for religious conservatives in the late twentieth century. It is now considered required reading for anyone engaged in the church-state conversation.

Nauhaus’ thesis centers on his image of the “naked public square,” an image that denotes a public square that is sanitized of all religion and religiously-grounded values. It is the political state of affairs that many secular Americans aspire to, yet as Neuhaus proves, it is quite foreign to the American experiment and, historically, to liberal democracy. Nauhaus’ central argument is not simply that having a “naked” public square is wrong, but that it is impossible to achieve, since politics is an inescapably moral endeavor. Public law always carries moral undertones, if not explicit moral assertions, and these are all rooted in the worldviews of those who write the laws — religious or otherwise. The laws that politicians create are necessarily informed by their own moral worldviews, such that “legislating morality” is part and parcel to the business of lawmaking. To decide that moral values — particularly religiously-grounded ones — have no place in the public square would only clear the way for an unfair and abusive secular monopoly on public ethics. That, Neuhaus says, not only undermines the essence of democracy (a nation’s laws ought to reflect the views of its people); it also undermines religion’s prophetic role in creating a bulwark against secular totalitarianism.

Neuhaus points out that the secular claim to exclusive political legitimacy is rooted in the false notion that secular reason is value-neutral. Since public laws are for everyone, they must be grounded in reasoning that is accountable to the public mind. To many, secular reason seems to supply the kind of non-confessional rationality that meets this need. In this vein, proponents of secular reason claim the exclusive right to make laws for the public; they presume that their methods of reason are value-neutral, objective, and publicly accessible in a way that religiously-derived moralities are not.

Neuhaus agrees that the rational basis for laws must be publicly accessible, yet he takes issue with the notion that secular reason supplies that basis, let alone the exclusive basis for law. We do not have a contest, he says, between “moral judgment” and “value-free secular reason”; instead, we simply have “moralities in conflict.” Neuhaus holds that religious morality can be articulated in forms that are accessible to the public, and therefore can be adjudicated by the public mind. This is particularly plausible because most of America is, in fact, religious. Further, he argues that a vibrant and inclusive public square — where religious moralities play a constructive role in informing public policy — is the only kind of public square that can preserve liberal democracy in the long term. The very experiment in American liberty, after all, was rooted in explicitly Judeo-Christian assumptions about natural rights and man’s right relationship to government. Far from undermining liberal democracy, Christianity nurtured and bolstered it.

Neuhaus goes on to argue that if Christianity is true, then it has necessary public implications — it “impinges” upon the public square. Such would be the case for any worldview that is true. Indeed, for most of the American story, Christianity has impinged upon the public square without any controversy. The separation of church and state — one of America’s distinguishing political principles — has never meant that religious ideas and values should be kept out of the public square. Those who advocate this view are actually unique to the twentieth century. Rather, the separation of church and state has always been an institutional separation. As late as 1952, the Supreme Court assumed, without controversy, that the religious values of Americans are rightly transmuted into the public sphere. Neuhaus cites the Court as declaring, “We are a religious people whose institutions presuppose a Supreme Being.” That this dictum issued from the pen of a Supreme Court justice may seem rather scandalous to the modern mind, yet it is we — those who have been nurtured on the notion of a naked public square — who are the aberration in the American experiment.

One of Neuhaus’ chief concerns about the naked public square is that it creates an opening for totalitarian government. By “totalitarian,” he does not mean tyrannical in the violent sense — though that is certainly one variant of totalitarianism. More broadly, Neuhaus means a government that is not held accountable to any external moral order — something that religion has traditionally provided for society. He points to the German experience as a case in point here. It was Germany’s strict separation between religious conviction and politics that created a public moral vacuum, which Hitler and the Nazis successfully exploited. (Note the philosophical separation of church and state, in addition to the institutional separation.) Neuhaus argues that the antidote to such a vacuum is a kind of political pluralism: a public square that is filled with a wide array of moral visions and actors. Religious ideas must be allowed in the public square, not simply out of fairness, but as undergirding moral visions that supply the ethical standards to which government is held accountable. Those committed to liberal democracy should embrace this pluralist vision.

Neuhaus’ reflections remain highly relevant thirty years after the publishing of The Naked Public Square. The cultural crisis — and the political divide that it fueled — has only metastasized since the 1980s. Neuhaus was stunningly prescient in predicting the legal logic of secular progressivism. He foresaw that the tax-exempt statuses of religious groups would come under threat, since secular minds would view them as subsidies and therefore as violations of church-state separation. He also anticipated that free associations would lose the right to define themselves in ways that would exclude others, something we saw occur in 2012 with Christian groups at Vanderbilt University. Neuhaus foresaw that progressives would exploit civil rights law to push a Rousseauian project of liberation from traditional social bonds (or shackles, as some would see them), even if such a project ran against the democratic consensus. But perhaps most brilliantly of all, Neuhaus understood and articulated the crisis of moral reasoning in the public square. He saw that moral reasoning, while intrinsic to political argumentation, was being robbed of the religious sources that originally gave rise to the views so many Americans hold — and which are ultimately the preservers of liberal democracy.

Neuhaus may be more apt to our times than even to his own. We should read him with great expectation that he might help us see our politics with new eyes.