Dan Horowitz
|
Posted: Feb 12, 2016 12:01 AM
Share   Tweet
The opinions expressed by columnists are their own and do not necessarily represent the views of Townhall.com. 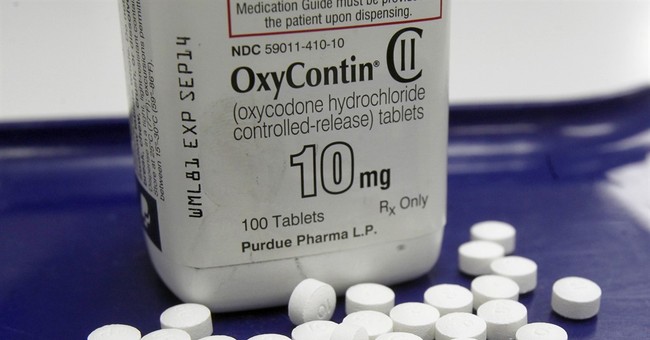 Recently, a number of purportedly conservative commentators have been making the case against reform of a gaping loophole in the Department of Health and Human Services (HHS) “340b” program. But like the seedy snake oil salesmen of the Old West, these boisterous naysayers are not merely engaged in a game of corporate Three Card Monty. Sadly, these shills are now working - both in public and through quiet lobbying of Congress - to stop recommended improvements seeking to put a stop to wasteful and unnecessary spending.

CMS reimburses the hospitals and pharmacies for the drugs taken by Medicare covered patients, at an amount which is statutorily set rate, regardless of what the cost was for the hospital or pharmacy to purchase the drug from the manufacturer. But unfortunately this is where the Government Accounting Office (GAO) has found a serious problem - and one that the hospitals and major pharmacies don't want Congress to fix.

"Therefore, there is a financial incentive at hospitals participating in the 340B program to prescribe more drugs or more expensive drugs to Medicare beneficiaries. Unnecessary spending has negative implications, not just for the Medicare program, but for Medicare beneficiaries as well, who would be financially liable for larger copayments as a result of receiving more drugs or more expensive drugs."

So while the program's goal is noble, in reality hospitals and the big-name pharmacies are gaming the system - buying the drugs at the government established prices, but often billing patients for the normal, higher price - and getting paid by CMS for doing it!

For example, if the program requires a drug company to sell a drug for $100 instead of its normal price of $200, bad actor hospitals and drug stores are buying the drug for $100 and selling it to patients and customers for the normal $200.

Congressional investigators at GAO found that Duke University's hospital, a “non-profit” that pays its CEO over $2 million in salary, has made an extra $50 million dollars from this loophole. You can almost picture the meetings where crony capitalists and their lobbyists come up with these plans: “$50 million a year and we get to say we help the poor? Now that's a program I can get behind!”

Unsurprisingly, the Obama administration has been drawn like a moth to a flame to 340B. Not only does it hit the right liberal notes on its supposed purpose, the president's top aides know it's a way to reward the industry allies that helped get Obamacare across the finish line.

Obamacare included a major expansion of 340B, and the administration recently issued a regulation that made it much easier for hospitals and national chain stores like CVS to profit from the loophole.

The Government Accountability Office has been sounding the alarm about the program, including in recent congressional testimony in which the government watchdog said 340B may actually be harming low-income patients more than it helps them.

Suddenly, concerned their gravy train is in danger, the sectors that profit from this glitch have published a flurry of op-eds trying to confuse the issue while their lobbyists work hard to soften concerns about the program on Capitol Hill.

Their case typically goes something like this: 340B is “voluntary,” the government doesn't spend much money on it, and by helping poor people it dampens the public's demand for socialized medicine.

Once you understand the real background, those arguments are completely ridiculous.

First, companies that don't participate can't sell drugs to a vast market of Medicare patients who have no practical option to switch health insurance plans. You could just as easily say the speed limit is voluntary because you don't have to drive. While this is technically true it is completely irrelevant.

Secondly, the people who this policy is supposed to benefit..... aren't receiving the discounts! That margin is being siphoned off by a middle man - who are supposed to be serving the patients, not taking more money from them.

Thirdly, whatever the merits of these discounts on the long-term debate over health care policy, one thing guaranteed to produce anger against the status quo is for well-heeled corporations to pilfer a discount intended to help poor people.

If there were ever something likely to convince ordinary citizens that a radical shakeup against the status quo is needed, it's this type of shameless crony capitalist arrangement that has become far, far too common in the U.S.

Stealing money from the wallets of the poor and the elderly is really low. Pretending to care about them only to ward off reforms is even lower.