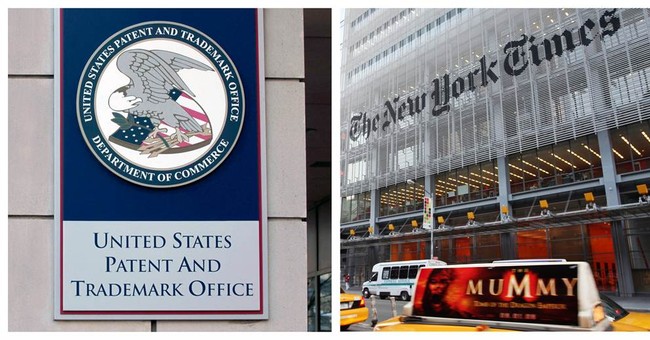 The process of approving patent applications, the statutes, policies and statutes governing patents have all undergone a tremendous change in the past two decades. Despite the constant refrain from those technology companies in the new economy, the system must continue to work for not simply for them but those established industries who have used and continue to use the patent system.

Congress has been steadily and carefully addressing necessary changes to the Patent Act. And again, despite the constant cry for change from certain companies, it important to note that the process of amending the Patent Act remains a necessarily slow, careful and deliberate legislative dance. It must be so as it the basis of success for so many different sectors of the economy.

House Judiciary Chairman Goodlatte has been working in close cooperation with Senate Judiciary Chairman Grassley and Ranking Democrat Leahy to advance this latest bipartisan version of patent reform. Their separate bills each contain positive amendments which will assist inventors, entrepreneurs and small businesses.

While some of the changes may seem to be common sense, such as increased transparency for suits alleging infringement, one of the more important changes is the stay of suits filed against ordinary small businesses for the use of products legally and publicly available and in widespread use.

Over the past few years, an alarming number of ordinary Main Street businesses across the entire country have found themselves facing a lawsuit merely for using a simple piece of standard equipment. Usually this is an otherwise ordinary piece of office equipment purchased through another ordinary Main Street retailer or a big box store - and not a new or innovative machine.

These ridiculous lawsuits are not claiming that the small business purposely attempted to violate the underlying patent. They are merely nuisance suits which are an abuse of the law, tempting to extort a "licensing fee" which is less than the cost of an attorney's fee. If Congress acts on the Patent bill and does not halt this unseemly practice, it is failing America's small business, the American people and the Patent system as a whole. This is a common sense fix which must be made.

Another necessary amendment addresses the Inter Partes Review (IPR) process. Simply put the IPR system, codified only in 2012 is a new and unnecessary review process which stands between a patent holder and the ability for them to commercialize their intellectual property. The IPR process was conceived to be a secondary review process - after the patent is granted - allowing any third party to call into question the validity of the approved patent.

The original intent behind the IPR process was solid and the reasons for its original passage well-intended. Sadly, the reality of the implementation is far from that. The "outside third parties" are not the originally intended think tanks, university professors and other parties focused on the "common good". Rather there have been numerous examples of unscrupulous investors leveraging the IPR process in conjunction with the public stock of the affected company which applied for the patent, not to improve the common good but simply to enrich themselves.

Recently, several conservative columns have emerged to call for the elimination of this specific provision within the patent reform bill. It is amusing to see relatively new entries into the Patent policy space (and intellectual property policy in general), call for such a specific change in the underlying bill.

For conservatives, the IPR process is simply an example of government bureaucracy limiting the right of property owners. Patents, like copyrights and trademarks, are intellectual property rights which our Founding Fathers explicitly established in Article 1, Section 8 of our Constitution.

All parties interested in reforming the Patent Act should openly support improvement to the quality of patents in the initial examination process. Overly broad and deliberately vague applications should be sent back to the applicant for focus, clarity and specificity. The goal for patents granted should be on the approval of quality, not merely the quantity of patent applications reviewed.

The solution is not the continuation of a flawed IPR process which occurs after a patent is granted but instead on whether the basic determination of what is patentable is being met. Many patents every year are publicly ridiculed. Other unworthy patents are exposed only after extensive court proceedings - not through the IPR process.

Outside parties should focus their deliberations, not on whether IPR should be amended, but on helping examiners approve patents of the highest quality. Patents which must “promote the progress of science and useful arts”. These patents must be truly “novel”, “non-obvious” and “useful”.

Otherwise we will find ourselves reduced to an argument over rounded corners.

Really? Rounded corners like the stone counters in my grandparents home? Those are patentable? How are rounded corners “novel” or “non-obvious”?