Obama to Landrieu: I Don’t Need You Anymore 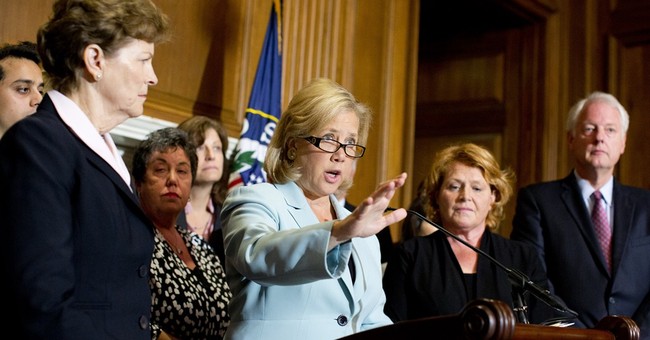 Two days before the Senate voted to pass its version of Obamacare on Christmas Eve 2009, Sen. Mary Landrieu (D-LA) stood on the floor to explain her support for a bill she claimed would “reduce cost, expand coverage and increase choice and competition for Americans.” She touted her ability to influence the process:

Landrieu also defended the Louisiana Purchase -- no, not Thomas Jefferson’s, but the $300 million Medicaid kickback buried in Obamacare that the Associated Press said was crucial to securing her support for Obamacare.

Her message to skeptical constituents was that she secured major changes to an unpopular bill that would benefit Louisianans directly. Back in 2009, Landrieu had the legislative leverage to make those claims because Harry Reid and President Obama could not afford to lose her vote.

Influence is fleeting though, and even if Landrieu manages to win her reelection (a new Southern Media and Opinion Research poll found just 41-percent support her reelection) and Democrats maintain control of the Senate, Landrieu’s influence will be severely diminished.

Last week, Landrieu was “thrilled” to join 51 of her Democrat colleagues in invoking the nuclear option. The controversial move, which Obama opposed in 2005 saying it was “more about power than about fairness,” stripped the minority’s ability to filibuster executive branch nominees and most judicial nominees.

In 2005, Obama cautioned “this rule change will be no fairer to a Republican minority than it is to a Democratic minority.” After the vote, a Politico reporter updated the Red Team versus Blue Team implications, suggesting Obama will no longer depend on “Republicans like John McCain of Arizona, Kelly Ayotte of New Hampshire and Lisa Murkowski of Alaska who regularly helped Democrats get to 60.” Instead, the “focus will be on the moderate Democrats who sometimes buck the White House and party leadership.”

Say what you will about Sen. Joe Manchin (D-WV) -- and to be clear, he has done nothing to prevent the onset of Obamacare -- but he at least understands the nuclear option has implications beyond partisanship, warning it undermined “protection of the minority views.”

In the aftermath of the nuclear option, heretofore known as the Reid Rule, Obama doesn’t actually need the vote of “moderate” Democrats (not that they actually exist). Because the Democrats have 55 votes in the Senate, Obama and Reid could essentially ignore the five least compliant Democrats (assuming Vice President Joe Biden were presiding to break a 50-50 tie).

If Mary Landrieu is as independent as she claims to be (hint: she’s not), then Barack Obama and Harry Reid don’t need her anymore. Landrieu made herself, and several of her fellow red state colleagues, expendable. When it comes nominations, Reid and Obama will no longer have to “focus on” senators like Mark Begich (D-AR), Kay Hagan (D-NC) and Mark Pryor (D-AR).

The Reid Rule will serve to empower the most aggressively progressives in the Democrat’s narrow caucus. As Heritage Action’s CEO Michael A. Needham warned last week, “this is an attempt to remake America to reflect their unworkable and unpopular progressive vision.”