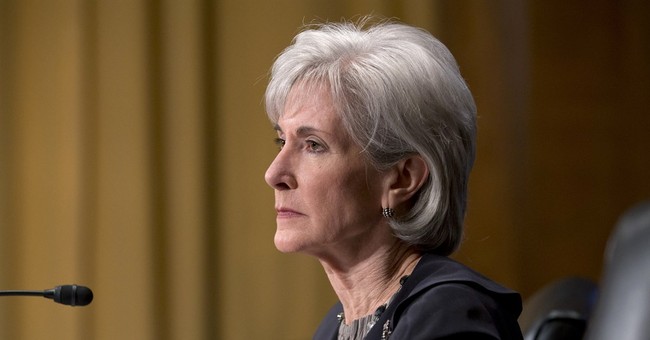 As Americans all across the country join to remember the service and sacrifice of brave men and women, lawmakers trek back home to mingle with their constituents. No doubt, many Americans will be eager to hear from their lawmakers firsthand about the myriad of scandals brewing in Washington.

1. Did HHS Secretary Kathleen Sebelius break the law by fundraising for Enroll America?
One prominent U.S. Senator recently accused Secretary Sebelius of an “Iran-Contra”-style run around Congress by raising funds for a non-profit led by Obama loyalists. The group was created to encourage Americans to sign up for Obamacare, an activity which Congress has specifically refused to fund.

As the Washington Post’s Chris Cillizza points out, the IRS scandal could help advance the Senate amnesty bill. He explains, “As soon as the IRS story broke 14 days ago, it became clear that the conservative energy in (and out) of Congress was going to be dedicated to getting to the bottom [of it].” In 2007, that energy was focused on bringing down the amnesty bill.

3. How is the Gang of Eight’s bill any different from the failed 1986 amnesty?
Ed Meese, who served as Reagan’s attorney general, explains the Senate’s immigration bill “should sound familiar, as it’s quite close to the path and provisions” of the 1986 amnesty. Meese is clear: “The 1986 reform did not solve our immigration problem—in fact, the population of illegal immigrants has nearly quadrupled since that ‘comprehensive’ bill.”

4. Why should we trust Washington bureaucrats to implement a massive amnesty bill?
With Obamacare and Dodd-Frank, lawmakers delegated massive authority to unaccountable bureaucrats, like the IRS. The Senate’s immigration bill will be no different. In fact, DHS Secretary Janet Napolitano is granted sweeping power to waive the vast majority of the requirements presented in the bill.

Perhaps that is why National Journal reported late last week that Republican lawmakers would do their best to keep these scandals at the forefront during the recess. The plan, according to the report, “is to get voters to question how they can trust the administration and the IRS more specifically, to enforce key provisions of Obama’s health care law after improperly targeting Americans.”

An unnamed Senate Republican leadership aide framed it in broader terms, saying, “This is a problem about government inserting itself into your life.”

6. Why does 80% of “farm bill” spending go toward food stamps?
Food stamp spending doubled under George W. Bush and doubled again under Barack Obama, yet lawmakers in Washington are proposing only the smallest of savings (0.5% in the Senate and 2.4% in the House). Thad Cochran, the top Republican on the Senate Ag Committee explained food stamps should continue to be included in the farm bill “purely from a political perspective. It helps get the farm bill passed.” Lovely.

Congressional recess provides constituents an opportunity to ask direct questions of their elected lawmakers. Be sure to hold them accountable this Memorial Day.