The Peasants Are Revolting 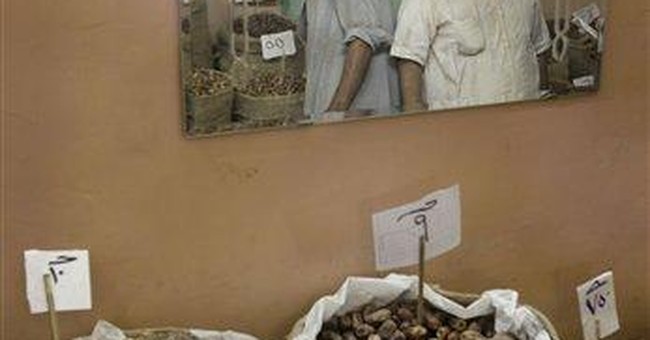 Count de Monet: “It is said that the people are revolting.”
King Louis XVI: “You said it. They stink on ice.”

Out of the mouths of babes … and B-movie comedies come our words of wisdom. The people are indeed revolting. It makes sense. Americans have found their politicians revolting for decades. Now the tables are turned.

Politicians don’t just find citizens revolting. They actually fear their constituents. Liberal congressmen and senators are avoiding their voters out of a sense of impending doom. Fears of angry town hallers were fanned by MSNBC hosts like Rachel Maddow, but are overblown. If you want to find protest, look for conservatives. If you want violence, look for the union label.

Ordinary voters have been angry since the early 1990s and maybe as far back as the 1970s – often at one or even both political parties. Call it a mixture of populism, distrust in government and economic anxiety. All three are present today.

In the post-Vietnam/post-Watergate era, Jimmy Carter’s one-term disaster of a presidency brought Americans a second oil crisis, the Iranian hostage crisis and stratospheric interest rates. That anger subsided a bit during the Reagan presidency even as unemployment hit 10.8 percent before dropping and crack and AIDS terrified ordinary citizens. The first George Bush followed and lost the 1992 election after breaking a promise not to raise taxes. He excelled internationally but was perceived as ignoring economic problems at home. “It’s the economy stupid,” lives in infamy.

The Clinton years weren’t especially free of unrest either. The anti-government tide brought wacky businessman/reformer Ross Perot 20 million votes in 1992 and another 8 million in 1996. Those disaffected millions denied Clinton a majority in either victory. They also swept in Republicans in ’94. More and more voters demanded term limits on their elected officials, but were disappointed.

Ultimately, each of those problems – large and small – died down. None had the power to be self-sustaining. As soon as the media sensed the public was losing interest, those topics disappeared from the news just like Iran did this summer. The issues disappeared; the unrest did not.

The Bush years were something completely different. Out of power and angry over the war, the left latched onto new technology as a way to bash the GOP and rise to power.

It worked better than they could have ever envisioned. Bush was unprepared to fight both the mainstream media and the new alternative media at the same time. Crazy conspiracy theories, rumors and protests grew in cyberspace unchecked by the White House and often unremarked by the media.

In a few short years, that new technology helped undermine Bush and set in motion the Democratic revival seen in the last two elections.

Only now, Democratic politicians and their supporters have discovered new technology is a double-edged sword. Conservatives copied their opponents, and made serious in-roads into the Internet, social media, online petitions and lots more.

In just six months of the Obama presidency, those conservatives have altered the national agenda. After losing on the stimulus vote, they have been much more successful on health care. They know it, too. Hundreds of bloggers, think tankers and activists gathered in Pittsburgh last week for the Right Online Conference to hear one key message: “We’re catching up.”

Even the left would have to acknowledge that’s true. They saw the tea party rebellion dominate the early part of Obama’s presidency. More recently, conservative anger over health care has made once-friendly town hall meetings enemy territory.

Across town, at the liberal Netroots Nation convention, their activists were hearing the Democrats could lose 20 to 50 House seats in the next election. That bleak assessment came from Charlie Cook of the nonpartisan Cook Political Report and pollster Nate Silver.

It’s a world turned upside down. Obama, the man of seven Time magazine covers since his election, is still adored by the mainstream media. Though hard-core lefties think he’s not radical enough, they still back him. The only difference is how conservatives have fought back. If Gallup polls are accurate, the movement is again on the rise – outnumbering liberals in every state.

In just six months, through Twitter, FaceBook and YouTube, conservatives have organized an effective opposition to team Obama. Ordinary bloggers have highlighted administration tax cheats, caught Obama and Biden errors and been a thorn in the president’s side. His once-high-powered tech team has struggled to make sense of it. And they’ve missed the big story.

The new tools enable voters of both sides to speak out and organize more easily. Whichever side is in power will discover that opposition can form even when the media ignore an issue.

The Internet revolution is inflaming political activists and politics may never recover. It’s less messy than the guillotine, but the tech rebellion is severing ties with old media just as cleanly.