A change in the climate discussion 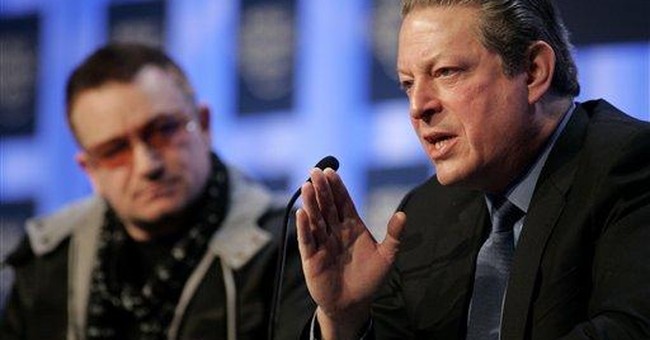 The network new shows talk endlessly about our changing climate. On March 2-4, a huge group of scientists and public policy experts is gathering in New York for the 2008 International Conference on Climate Change to talk about what the networks leave out. The conference will present a counter to the global warming hysteria so prominent in our society.

Much of what we get on the networks is one big snow job. This year, I mean that literally. In China, they are having epic blizzards. Millions are stranded in train stations because of the snow. Now, any smart person will tell you that there is no connection between an individual weather event and long-term climate change.

Of course any smart person doesn’t necessarily work for the network news. Network stories on cold weather, which goes against the Al Gorean principles of climate change, merit no mention of global warming. Hot weather, however, earns a ridiculous 100-year prediction of disaster from CNN’s Tom Foreman as the network promoted its “Planet in Peril” report.

Sometimes climate change hysteria has its amusing side. The U.S. Senate held its global warming debate on a snowy day in December. NBC actually turned off its studio lights during a Sunday night football broadcast, as if turning off a few bulbs would detract from the millions of people powering their TVs. And last April’s Vanity Fair depicted an afterlife where “environmental sinners” go from global warming to a slightly hotter hereafter. Sort of out of the frying pan, well, you get the idea.

Unsurprisingly, Paradise had Al Gore and a Prius. And while The Washington Post didn’t deify the Jolly Green Giant, it called him "Al Gore, sexy man. The thinking girl's thoroughbred."

OK, enough of Al Gore running. Thankfully we were saved from that. But Al Gore flying is another matter. Between climate summits and Nobel Peace Prize ceremonies, Gore jetted from Bali to Stockholm and back.

Not to be outdone, network journalists adopted this strategy of flying around the globe to complain about people damaging the environment.

ABC’s “Good Morning America” gang celebrated their first anniversary together by highlighting how they had flown around the globe to “bring you the day’s most important stories,” said anchor Robin Roberts. That globetrotting included countless segments about everyone doing his or her part to curb the threat of global warming. “I tallied it up and we have circled the globe 12 times, 12 times in one year, 315,688 miles,” Roberts said.

Al Gore’s Climatecrisis.net Web site says just one person flying that much is equal to the entire carbon output of eight people for a whole year. And TV people rarely travel alone. They take crews and producers and everything but sherpas.

Apparently, the maxim “Do as I say, not as I do” is a guiding network principle.

NBC’s “Today” show was nearly as bad. First they gave us a week showing how environmentally conscious they were in a “going green” series, including carpooling and light bulb changing.

But when the Giants defeated the Patriots in the Super Bowl, co-anchor Meredith Vieira made good on a bet she lost with Matt Lauer. Meredith paid to have a plane fly over New York with the banner: “Giants Rule, Meredith Drools.”

Network reporting can be summed up in their own words, not mine. CBS News posted a help wanted ad on a popular journalism Web site back in November looking for a reporter to cover the “eco beat.”

“CBS is expanding its coverage of the environment,” the ad read. The ideal candidate: “You are wicked smart, funny, irreverent and hip, oozing enthusiasm and creative energy.” But here’s the kicker. “Knowledge of the enviro beat is a big plus, but not a requirement.”

Based on an upcoming report from the Business & Media Institute, CBS is right – knowledge of the environmental beat is not a requirement for network coverage. That report found CBS the worst on climate change, stifling debate on the topic in 97 percent of its stories.

It’s amazing the ridiculous lengths the news media will go to so they can bully you into believing something scientists still debate. The International Conference on Climate Change is intended to keep that debate alive.