The Debt is a Wobbling House of Cards

Dan Celia
|
Posted: Feb 15, 2020 12:01 AM
Share   Tweet
The opinions expressed by columnists are their own and do not necessarily represent the views of Townhall.com. 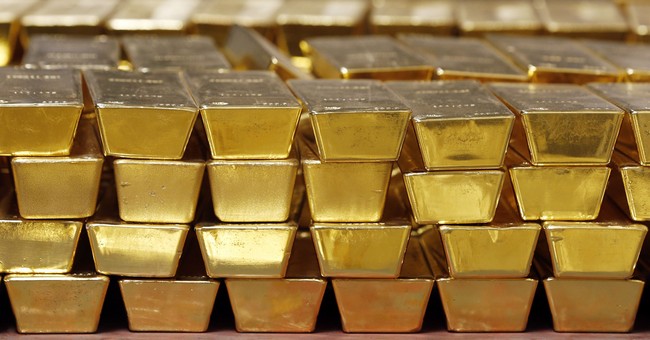 America’s long-term national debt problem could lead to economic Armageddon. The misguided belief that we are actually paying down our debt is giving this administration a false sense of security.

We can have all the growth we can muster in our GDP but if we are spending more than what’s coming in, the debt will only keep building. The days of growing our way out of debt were lost $5 trillion ago. This week the CBO announced that for the first four months of the government’s fiscal year ending in January we had created a deficit of $1.2 trillion. As a matter of fact, we have had some of the best GDP numbers in over a decade prior to President Trump coming into office. We also had unexpected income in the billions of dollars from tariffs and we have even seen some cuts in several government department budgets. But still, almost month after month, we see deficits.

The average Joe seems to understand this, but the government just doesn’t get it and we remain addicted to spending. At some point, the house of cards will come tumbling down. We currently have an administration in which everyone is drinking from the same punch bowl and convinced that we can grow our way out of this mess. I believe the reason for at least half of this debt is due to 12 years of very low GDP growth.

The passing of the new tax bill and the reduction in regulatory burdens was a great start to stimulate growth and increase revenue—along with tariffs—which have now generated billions of dollars of new tax revenue. But these actions alone will not get us out of debt, but at best slow the runaway train down. I agree we will never cut debt or deficits with only solid growth in our GDP and a strong economy. Now, the days of only using growth to get out of debt are long gone. We have to get back to the principles of Abraham Lincoln and Ronald Reagan, and it’s not difficult to understand. It simply means a smaller government. If we don’t start cutting the size of our government, reducing the size of every government department and becoming more efficient and effective we will never cut our deficit. The values of smaller government along with a strong economy and growth is a perfect storm and nobody has set this country on a better course to see this happen than President Trump. I believe that moving forward President Trump is the only president who can make this happen, since he has created an administration that is willing to make tough decisions and not kowtow to special interest groups and lobbyists.

In other words, in order to make our debt cheaper, we will need to devalue the dollar. But here’s the problem with that approach. If we devalue the dollar and we are no longer the strongest currency in the world, all while paying little to no interest growing debt, how will we ever get people to buy our debt to fund it if our currency is no more attractive than anybody else’s?

So if we can’t sell our debt, the answer will simply be that the Federal Reserve will purchase our debt. That will only shift our debt from one balance sheet to another. The Federal Reserve is already our number one debt holder, and adding more debt to it is not the answer. A plan to cut our debt in the next 15 or 20 years will only work if we have a fiscally conservative government and a president that is as strong as President Trump. If we add to that scenario a balanced budget amendment it would help, but something tells me that the type of candidates we have running on the left will someday get a foothold and that 15 or 20 years will never come. The answer is a growing economy like we have today, while making hard decisions to create a strong smaller government with cuts across the board, with the exception of the department of defense, similar to what Ronald Reagan achieved. Growth and cuts will keep America strong and our wealth, prosperity and sovereignty will stay intact for many generations.

(Dan Celia is president and CEO of Financial Issues Stewardship Ministries, Inc., and host of the nationally syndicated radio and television program “Financial Issues,” heard daily on more than 660 stations across the country and reaching millions of households on several TV networks, including FISM.TV. Visit www.financialissues.org.)