Can't Bear the Stress of the Stock Market?

Dan Celia
|
Posted: Feb 09, 2018 10:17 AM
Share   Tweet
The opinions expressed by columnists are their own and do not necessarily represent the views of Townhall.com. 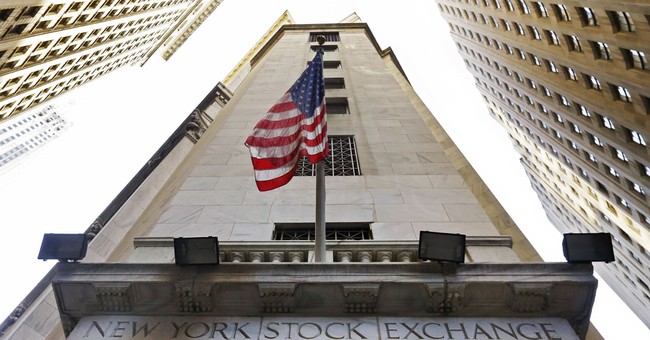 With this week’s wild market fluctuations, including a pair of 1,000-plus-point drops in the Dow Jones average and officially in correction territory at Thursday’s close, I spent a lot of time trying to keep investors focused on their plan and reminding them why they’re investing.

Consider that the vast majority of stocks, bonds and other instruments in the United States are held in 401(k)s, IRAs and other qualified plans. By the nature of these kinds of accounts, you have to believe that most investors are investing for the long term.

If you follow me on Twitter, you saw what I posted earlier this week in reference to Monday’s 1,175-point drop in the Dow Jones—basically, a chart for the past nine years. Looking back at March 2, 2009, one of the worst days of the Great Recession and noting the Dow was then at 6637, I wrote: “Worst day during financial crises, Dow 6,637; yesterday, nine years later, 24,346. Just saying.”

The point is many are panicking. But, if we maintain a long-term horizon, why? We have a housing market that seems to be doing extremely well, global growth that’s looking better and better, predictions of GDP growth as high as 4 percent, and consumer confidence that is off the charts, along with corporate sentiment. We have already seen benefits to millions of people receiving higher wages or bonuses as a result of tax cuts. We recently saw the beginning of tax cuts in paychecks; everybody I’ve talked to says they saw more money than in the previous pay period.

Just the confidence alone in the markets and the confidence of corporate America should be enough to give us an indication that we will have very good GDP results, not to mention wage increases at 2.9 percent. The latter marks a tightening labor force that is creating more opportunities for higher wages. While fears of wage increases bringing back inflation partially sparked the market dips, remember that we’re investors for the long term, not a month or a year. In my opinion, we could be looking at gains for eight to 10 years.

One of the problems many investors have is they don’t believe in their plan. Add to that they have no idea what they’re invested in; if they do know, they have no idea why they’re in it. That’s more the fault of their advisers than the investors, but I would suggest that if you want to sleep well at night in a long-term investment timeframe, you need to understand why you have what you have. You also need to believe in your strategy.

It is important that we believe and understand a few things outside of our investment portfolios. For the first time in a long time, we have a government that seems to be interested in fiscal policy. It also believes in creating an environment by which corporate America will be able to grow and be incentivized to grow, and operate in a fair tax environment. Added to this optimistic picture is a great deal of consumer confidence.

We also live in an era that hasn’t existed for quite some time—an environment when the average American worker will have more opportunity than they have for the past 10 years—namely, an opportunity to get ahead and maybe change jobs and receive higher wages. It is the kind of competitive environment where corporate America will be in competition to keep current workers while pursuing new ones.

This means opportunities for work continue to look brighter and brighter. For the first time in 10 years, college students who are graduating have job opportunities to actually work in the fields they’ve studied. Profitability this year in corporate America and earnings reports may be among the strongest we’ve seen for a very long time. This is all combining to drive GDP growth.

So, we need to understand we are headed to a place we have not seen in a long time—a place where markets will be driven higher by a solid economy, an economy that is growing at the same time consumers will likely have more discretionary income.

This means we need to shift our attentions away from the day-to-day activities in our investment accounts and focus on the economy. The economy will take care of the markets. We have an opportunity to be invested in a market that is dependent on the economy instead of false positives created by the political atmosphere or central banks.

Of course, we must remember the same old things that could derail the economy: geo-political concerns, a major interruption in the flow of oil or anything that could threaten global peace.

Nonetheless, such things are out of our control. So, we need to focus on what is in our control. One thing we can do is ensure that the environment in Washington stays pro-America and pro-working American for a very long time.