Dan Celia
|
Posted: Mar 01, 2017 10:32 AM
Share   Tweet
The opinions expressed by columnists are their own and do not necessarily represent the views of Townhall.com. 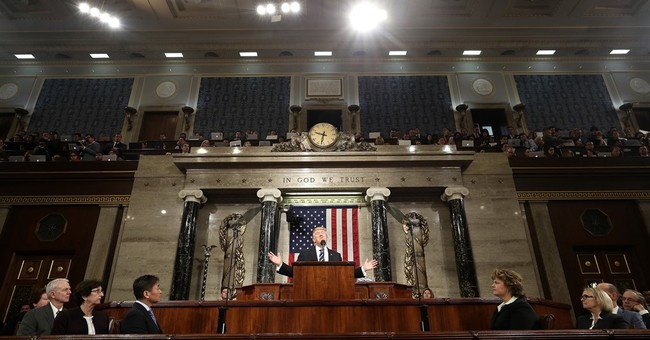 Last weekend, the Democratic Party selected former Secretary of Labor Tom Perez to lead it into the future. We saw very little from an economic perspective come out of the Obama administration for the past eight years, but Perez bears many similarities to another former labor secretary—Ray Marshall.

Marshall served from 1977 to 1981, and like Perez, he presided over a 1978-style labor participation rate. But there is one a major difference: Secretary Marshall actually lived and worked in the labor department in 1978. One can only suspect that Secretary Perez might take the Democratic Party back to a better time—decades ago, some time in the 20th century.

At the end of last month, I predicted that next week we will see reports of labor participation rates progressing to 1980s levels. That was probably a bit overly optimistic, but this will certainly happen soon.

Our new president cut the federal deficit by $12 billion during his first month in office, while President Obama increased the deficit by $200 billion in his first month. President Trump is focused on free markets, boosting the private sector, creating jobs for the American worker, reinvigorating manufacturing, shedding regulatory burdens, committing to tax reform and incentivizing corporate America.

During the 2008 presidential campaign, then-candidate Obama declared in Fargo, North Dakota, that the $10 trillion of debt (created from George Washington through George W. Bush’s term) was “irresponsible and unpatriotic.” He then proceeded to nearly double that debt.

During the Trump campaign, we heard nothing but statements of support for the people and the president’s desire to make America great again. Thus far, it is quite obvious that this president will make every attempt to accomplish what he said.

I believe that President Trump understands the consequences these pro-growth policies will have on immigration. Despite all the criticism aimed at him, Trump wants to ensure that illegal immigration is not acceptable. The president is working hard to make us safe and create policies that work.

This careful evaluation is needed to help us prepare for a future influx of newcomers that will likely make past waves of immigration pale by comparison. Because the left seems to miss nothing, they understand the policies in this agenda will create more jobs than America will have the capacity to handle.

As a result, we will need more immigrants with a desire to assimilate into America—people who are coming here because we are once again the land of opportunity, not the land of a free ride, and a land where, if you work hard, you will have an opportunity to succeed.

I also believe that one of the untapped workforces in America will be those who have been unable to get jobs—namely, inner-city youth and others who, in recent years, have had little choice but to depend on the government for most of what sustains them, including healthcare.

Granted, I understand that I may sound somewhat overly optimistic. And while that may be true, I do believe that opportunity for a better lifestyle for parents and children will attract more and more people into the workforce.

The problem is that this prospect has the political left in total panic mode. Remember, this will mean smaller government, less social control and less power in the hands of politicians. This will present living, breathing proof that the fewer politicians in cabinet positions and other positions of authority is exactly what America needs.

Most concerning to the left, of course, will be that this could also mean eight years of Trump, followed by eight years of a Mike Pence administration—and maybe, a huge erosion of the left’s voter base.

While this may dismay the left, all of these factors will bring back our economy, make America great again, and allow us to leave to future generations an opportunity for prosperity in the strongest country in the world.