Dan Celia
|
Posted: Nov 30, 2016 12:01 AM
Share   Tweet
The opinions expressed by columnists are their own and do not necessarily represent the views of Townhall.com. 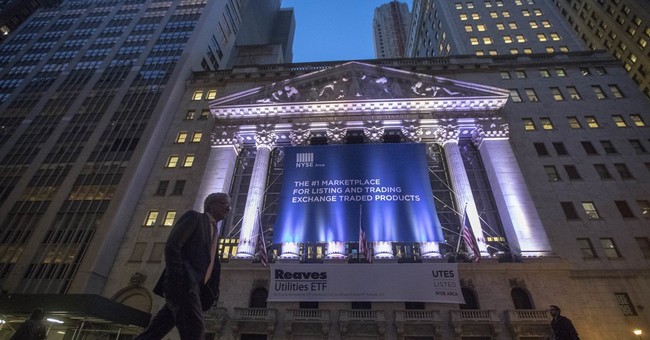 I’ve found it laughable that over the past 13 months the Organization of Petroleum Exporting Countries (OPEC) has consistently talked about reducing production. Talk is basically all OPEC has done for more than a year in its feeble attempts to manipulate the markets and drive oil prices higher.

We must remember that Saudi Arabia is a country whose budget depends on $100-dollar-a-barrel oil. So, every month, OPEC—particularly in Saudi Arabia—has played out verbal attempts at production cuts in order to nudge prices upward.

Here’s the laughable part—this works, at least as long as talks are ongoing. Yet we have seen time and time again that OPEC can’t meet its production quotas. Still, when OPEC meets this week in the hopes of removing almost 2 percent of the world’s oil supply from circulation, the results may be very different than in previous months.

Certainly, after the presidential election, it would appear that the markets became a little over-enthusiastic a little too quickly. Oil, however, will be one thing that will drive markets globally.

Why? Because Saudi Arabia, in particular, has lost its ability to manipulate markets. I’m sure this nation spent a lot more money than we will ever know on Hillary Clinton’s campaign, but apparently it wasn’t enough.

After all, its support for Clinton was an investment in the future of world markets and in Saudi Arabia itself. A Clinton administration was the very thing OPEC nations needed. Clinton’s carbon fuel ideology aligned with President Obama’s. Their mantra of “keeping it in the ground” would have been of significant importance, because it would have slowed oil production in the U.S.

There was no doubt that because the Obama administration had already decimated the coal industry, it would be up to the Clinton administration to continue the fossil fuels attack, first by going after oil and then natural gas.

Of course, such policies were the only way to put an electric car in every driveway. Saudi Arabia now needs to rethink its strategy. After all, it can’t offer empty threats about reducing oil production. If OPEC wants to cut production to increase prices, it has little choice but to find real production cuts. And OPEC won’t be getting any help from the Donald Trump administration.

In other words, the arrogance of Saudi Arabia has met its match. The country will find it difficult to do business in a way that won’t just benefit itself. The monarchy of Saudi Arabia desperately needs $100-a-barrel oil or its leadership will be seriously threatened.

Ultimately, OPEC will likely reach agreements to curb production. However, the problem of over-supply will remain. It is unlikely that production in America will be capped in the short-term; OPEC cuts may help stimulate it. And, industrial production and manufacturing globally will have to pick up significantly before we see any real stabilization of crude oil prices.

The only sure thing at this point is that we are sailing into uncharted waters. And it will certainly be interesting.