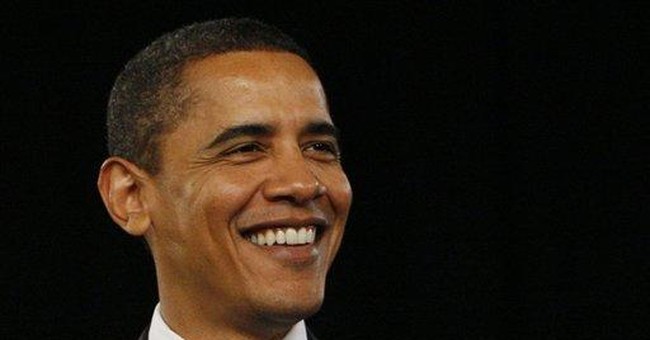 As the House and Senate hash out their differences in the stimulus package and President Obama further bemoans Republicans’ “usual political games,” he should note that his critics extend far beyond the GOP. Democrats, Keynesian economists, and even the editorial pages of left-leaning print media have jumped into the fray, criticizing the stimulus package for its scope and long-term spending commitments that have little to do with stimulating the economy.

The Washington Post calls the package a “confusion of objectives,” and long-term growth goals covering health care, education, and renewable energy “are precisely the problem” and “either won’t stimulate the economy now, is of questionable merit, or both.”

Economist Alice Rivlin, President Clinton’s budget director, told the House Budget Committee in testimony that “what we used to call ‘stimulus’…has been merged into a broader concept of ‘recovery’ and investment in future growth.” She recommended that Congress decouple the “short-term” and “long-term” pieces of the legislation, focusing just on “temporary spending or tax relief priorities” that will “jump-start” the economy.

Harvard economist Martin Feldstein, who initially supported President Obama’s idea for a stimulus plan, is now staunchly against the package, calling it the “$800 billion mistake” and “not likely to do much for employment.”

Public support is shaky as well. According to a recent Gallup poll, only 38 percent believe the stimulus plan should be passed as President Obama proposed it; 17 percent reject it outright.

It’s not hard to see why the concern and negativism. What originally started as a $300 billion stimulus plan has morphed into a mammoth spending bill over $800 billion—that breaks down to over $2,600 per person—and has more to do with jump-starting the President’s long-term agenda for spending programs than jump-starting the ailing economy.

As Congress’s own budget office reports, the plan falls short of the President’s own demand early this year that the package create at least 75 percent of jobs by the end of 2010.

In particular, most of the spending for Obama’s “green” programs will take too long to have any affect on job creation during the recession. According to the Congressional Budget Office, only a speck of the funding for energy programs would be spent by the end of 2010 when new jobs are so urgent; four-fifths of the bundle would be spent long after economists predict the recession will have ended.

Rather, the President’s $100 billion “green stimulus” programs—including the goal to double renewable fuel use, to modernize the national electric grid system, and to develop “next generation” biofuels for automobiles—are more about fulfilling his long-term agenda to replace fossil fuels with renewable energy than about the urgent need to create jobs. Each of these entail massive, costly programs that carry huge costs and economic tradeoffs.

Furthermore, far from “shovel ready,” most of these goals are not economically viable, not fully developed beyond a theory, or both. They should be fully studied, debated, and subjected to the legislative process, rather than tacked on to a fast-track “stimulus” package.

For example, the “stimulus” package would provide $28 billion in subsidies for renewable energy. Over the past three decades, Washington has spent more than $115 billion on renewables—more than the Apollo program and the Manhattan Project together, according to Jim Tankersley of the L.A. Times—yet has precious little to show for it. In 2007, in spite of record-high gas prices and government-mandated use of the controversial corn-based ethanol, renewable energy was still just a drop of all energy consumed—less than 7 percent.

The stimulus plan favors wind and solar energy, providing billions of dollars in loans, tax credits, and R&D. Yet wind and solar, whose costs are astronomical compared to coal-based power, are still far from economically viable. Together, they provide less than half a percent of total energy consumed.

Some argue this is just the funding package we need to make wind and solar viable. But even the President’s Secretary of Energy Steven Chu appears overwhelmed at the task at hand: “We essentially need a second Industrial Revolution… we have to start inventing right, left and center.” But at what cost to American consumers? As L.A. Times’ Jim Tankersley says, “If [Obama] fails, he could cripple existing industries and squeeze cash-strapped Americans with higher energy prices.”

Another goal under the guise of economic “stimulus” is to spend $32 billion to overhaul the electric grid from a regional power system to a nationwide network, transporting renewable energy over 3,000 miles of new transmission lines to connect rural to urban areas. Not only are the shovels not ready; designs for the national grid do not even exist. According to Michael Moynihan, director of the Green Project with the Washington, D.C. think-tank, NDN, “Before you spend billions of dollars on new lines, you have to spend millions of dollars on design work…The planning just has not been done.”

In addition, the new grid could require federal legislation to address interstate issues, as well as permits and rights-of-way from states, localities, and citizens—reluctant to have massive transmission towers constructed in their jurisdictions and backyards.

A recent report by the Tennessee Valley Authority and other organizations that oversee power reliability, put the cost of the new power grid at close to a trillion dollars over the next 15 years, including constructing the transmission system and the wind turbines needed to produce the power.

Mr. Obama’s own budget director Peter Orszag said it most succinctly last year as head of CBO when he warned Congress that “some of the candidates for public works, such as grant-funded initiatives to develop alternative energy sources, are totally impractical for countercyclical policy, regardless of whatever other merits they may have. In general, many if not most of these projects could end up making the economic situation worse...”

President Obama has asked Republicans to stop playing politics. Rather it is President Obama himself who has played politics with the American people by selling his far-reaching, long-term agendas as a stimulus and burdening Americans with exorbitant energy costs for generations to come.