Will Returning to the JCPOA Prevent Iran from Getting Nuclear Bomb?

Cyrus Yaqubi
|
Posted: May 08, 2021 12:01 AM
Share   Tweet
The opinions expressed by columnists are their own and do not necessarily represent the views of Townhall.com. 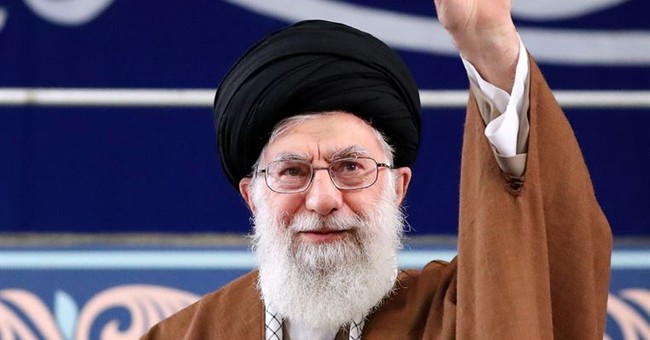 As indirect talks between the representatives of the Iranian and American regimes in Vienna to return to JCPOA and lift the sanctions of former US President Trump continue behind closed doors, and different news of an approaching agreement is leaked after each round of talks, the burning question still remains to be answered: Will reaching a new accord under the same 2015 agreement prevent the regime from gaining access to the atomic bomb?

Apparently, Joe Biden's diplomatic apparatus is naively optimistic that negotiations and reaching an agreement can prevent the mullahs from gaining access to the atomic bomb. But the fact is that such a notion is completely wrong. To understand the issue, prior to anything else, one must know the true nature of the mullahs' regime. Examining the Iranian government over the past 42 years makes it clear that the regime will never give up its nuclear weapons, as they, like North Korea, see nuclear weapons as one of the foundations of their government's survival. If the Iranian regime, now like in 2014, is willing to negotiate, it is because of the devastating economic situation, unemployment, poverty, and the explosive conditions of society, and the sanctions that it is facing.

In 2014, due to the disclosure of the regime's nuclear program by the Iranian Resistance (National Council of Resistance of Iran, NCRI), Iran was on the verge of being placed under Chapter VII of United Nations Charter and a military conflict with the world. And since it did not have the capacity for this confrontation, it agreed to temporarily stop its nuclear program.

Iran is now facing a serious internal conflict that has endangered its survival, to the extent that more than 90% of Iranians want regime change. And if this change has not happened yet, it is solely because of the stifling atmosphere and the terrible repression that prevails in Iran, a situation that suppresses any voice of protest in the strongest possible way. But Khamenei knows full well that he will not be able to contain this explosive atmosphere for a long time by means of repression, and sooner or later this barrel of gunpowder will explode and his government will be overthrown according to the historical experience.

Now more than 80 percent of people live below the poverty line. The middle class has disappeared, and while the regime affiliates live their affluent lives in multimillion-dollar apartments and villas, or their children live like millionaires in Europe and America, millions of Iranians have not tasted meat and fruit for a long time. Things that in the past did not exist at all in Iran are now abundant, such as garbage scavenging for food or advertisements for the sale of organs such as kidneys, corneas, liver and even the heart. And some reportedly even offer their children for sale.

Just a quick look at the daily protests in different cities can show the level of people's dissatisfaction, from strikes by workers who have not been paid for months, to retirees whose meager monthly wages do not even cover a week, to employees, teachers, nurses and even doctors.

Now, with the exception of the Revolutionary Guards (IRGC) and agents affiliated with the IRGC and Khamenei’s entourage, who use government subsidies and huge low interest loans at government exchange rate to import goods at a cheap rate and sell them at staggering prices and making astronomical profits, no class or stratum of Iranian society is satisfied with the current situation.

The Iranian regime’s illegitimacy not only is demonstrated by daily protests in Iran but also by very low participation rate of Iranians in so-called elections as well. The regime’s intention by holding so-called elections is only to legitimize itself internationally. In last year's parliamentary elections, despite all the fraud, the regime was no longer able to claim astronomical figures due to the empty polling stations, and according to the government, in Tehran only 16% of the people participated in the elections.

Now the presidential election is scheduled for June 18. Despite the fact that all the leaders of the regime—from Khamenei to the representatives of the two ruling factions, and all the Friday prayer clerics—advocate that participating in the elections is a religious duty and the only means of resolving existing conflicts, the people in their protest rallies have announced their intention to boycott the elections with slogans such as "We have heard too many lies, we will not vote anymore" or "Our vote is regime overthrow." That is why Khamenei, who denounced both Western and Eastern politics, has now reached out to China and Russia and wants to save himself with a shameful 25-year deal that is in fact like selling parts of Iran to China.

But the mullahs still see the secret of their survival in acquiring nuclear weapons and suppressing protests and exporting terrorism, and this is not something they will give up. They may stop their activities for awhile or continue secretly due to the dire situation, but as we have seen before, they will not back down from this desire. Now, in the process of negotiating and bargaining for ransom and getting the maximum from the US government, they have raised the issue of 60 percent uranium enrichment and the use of advanced IR9 centrifuges.

Along with this, they continue launching missiles and seeking ransom by terrorism. Apparently, these empty threats have been effective and have worried the United States to the extent that as it has softened its stance against the regime. But if Joe Biden continues to beat the drums of sanctions and even increases them, the protests and opposition of the people inside Iran on the one hand and the financial inability of the regime to supply its terrorist forces in the region on the other will not allow the mullahs' rule to be prolonged.

Any deal with the regime and the opening of financial resources will increase the life of this regime and in addition to the fact that the Iranian people will have to pay the price, it will also bring closer the prospect of Khamenei’s access to nuclear weapons.

Cyrus Yaqubi is a Research Analyst and Iranian Foreign Affairs Commentator investigating the social issues and economy of the middle east countries in general and Iran in particular.