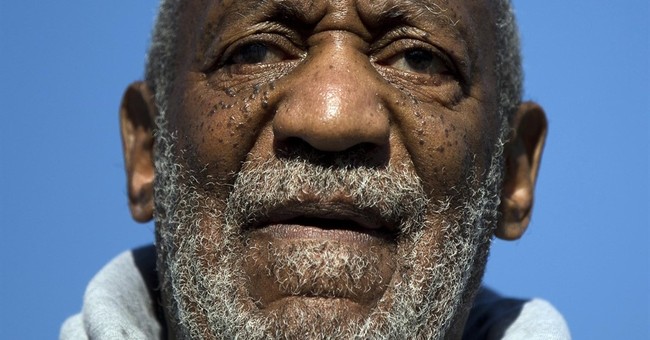 The way black celebrities are defending Bill Cosby in the face of new evidence proving Cosby gave a woman Quaaludes to violate her sexually, you’d think rape is okay if a black man like Cosby does it. According to Whoopi Goldberg, Faizon Love, Raven-Symone and Phylicia Rashad, “proof,” and the allegations of rape by nearly 50 women, isn’t enough to destroy, a good black man-- “a legacy” --like Cosby.

Through a legal request for a court to unseal documents from a 2005 lawsuit against Cosby, the Associated Press obtained a deposition in which Cosby admitted to giving a woman drugs-- essentially to rape her. The woman, who filed the lawsuit was Andrea Constand, the operations manager for Temple University’s women’s basketball team. Until the allegations surfaced last year, Cosby served on Temple’s board of trustees.

In the sworn deposition, under oath, Cosby was asked by one of Constand’s attorneys:

“When you got the Quaaludes, was it in your mind that you were going use these Quaaludes for young women that you wanted to have sex with?’

During the same deposition, Cosby described a similar incident in Las Vegas with another woman.

“I give her Quaaludes. We then have sex.”

Coming from Cosby himself this is more than proof. His own admissions demonstrate a pattern of behavior—that of a serial rapist, which corroborates all the allegations women made last year.

Yet proof isn’t enough for liberal feminist Whoopi Goldberg. The co-host of the View, a show anchored by and for women, Golberg asserted:

“I know it’s a shock, but you actually were innocent until proven guilty. He has not been proven a rapist.”

Uhm, I’m curious how Goldberg defines rape--like Bill Clinton defined sex during the Monica Lewinsky scandal? Does a woman need to be not drugged in Goldberg’s mind to be a victim of rape? How many more women will it take (200) in order for them to get Goldberg to believe them over a black man, who used his celebrity to rape women?

Then there was actress Raven-Simone, who played Cosby’s youngest child Rudy on the Cosby Show. As the newest addition to the View, she said she owed her career to Cosby, so to Cosby she would be true, facts be damned.

The message to female View viewers from Raven is that rape is permissible when committed by men in power. I guess the next thing The View co-host will defend is domestic violence by rich NFL players.

“Forget these women. What you’re seeing is the destruction of a legacy.”

No, what sane women and men are seeing is the mind-boggling defense of a deranged man by you and other blacks. Why? Because Cosby is black and treated you well and didn’t rape you?

The most grotesque defense of Cosby came this week from black actor Faizon Love. Instead of worrying about “THAT BULLS” of Cosby raping women, Love tweeted blacks should be worried about the nine people shot in the church in Charleston. He launched into a string of tweets laced with the word “N—ggas.”

This one tweet shows Love’s rationalization of Cosby’s behavior and disregard for black women:

The public take down of Bill Cosby isn’t a black, racist thing. It’s a wrong thing. What’s sad is any person, black or white, who isn’t disgusted by Cosby’s behavior. The "spineless monkeys," as Love characterized some blacks on twitter for denouncing Cosby’s actions, are really people like Love himself who support rapists.