Hillary vs. the GOP Field of Dreams 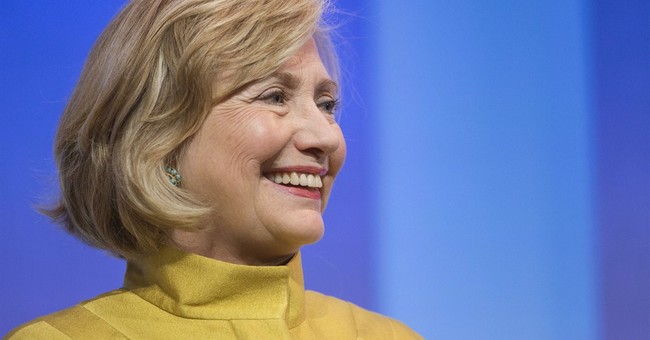 The way Hillary Clinton is acting it seems to be a foregone conclusion she’s going to run for president in 2016. First her book tour, then her visit to Iowa for Senator Harkin’s annual Democrat steak fry, where she exclaimed, “I’m back!” And of course the recent birth of her granddaughter Charlotte, which seemed all too contrived by Chelsea to help turn her mother into the perfect mom, grandmother, wife and candidate.

Oh, and let us not forget prior to Charlotte’s birth, Hillary teases us more, saying she wouldn’t make a decision about running for president until after her Chelsea gave birth. Aw, the stuff dreams are made of. And of course the liberal, fawning media are helping Hillary along every step of the way, gushing over her holding her grandbaby, as if she and former President Bill Clinton were royalty, the King and Queen of America.

Hillary has been a career politician her entire life, held ever office under the sun from First Lady of Arkansas to First Lady of the United States, US Senator of New York and Secretary of State but what has she accomplished? As Obama’s first Secretary of State, she did nothing but fly around the world, implementing Obama’s lead from behind, virtually non-existent foreign policy. What Hillary has going for her is huge brand appeal.

People love the perception of Hillary Clinton because her record is as thin as the bench of Republicans who have hinted at taking a run for president in 2016.

“Who do you think will be a #Republican contender in the #2016 presidential elections? #KellyFile

Megyn Kelly tweeted September 29, 2014 with photos of Senator Ted Cruz, Dr. Ben Carson, former Governor Mike Huckabee, former Senator Rick Santorum, Governor Bobby Jindal and Senator Rand Paul. Two of the “contenders” have run unsuccessfully before and don’t inspire much enthusiasm. Senator Ted Cruz, like Santorum and Huckabee, wants to run a religious campaign, which doesn’t win elections. Government is about policies and allowing people to express their religious freedom not dictating yours upon them.

While I like Dr. Carson, he hasn’t put forth many policy ideas and is more of an academic than a president. Yes, charisma is part of being presidential, convincing Americans you not only have a vision but you also passionately want to lead the country toward achieving it.

Governor Jindal is good governor but he lacks the charisma to be convincing on the national stage. Among the group, Senator Paul certainly seems to have inspired the most intrigue among conservatives, especially young adults. Paul has strong positions on education, federal sentencing guidelines for non-violent drug possession, privacy and foreign policy. But many older conservatives tell me they aren’t convinced Paul is the one.

Looking at this field of GOP hopefuls, it’s hard for me to imagine any of them standing on the stand next to Hillary Clinton, looking and sounding formidable. Also, remember the GOP 2016 nominee will have to win over independents, women and minorities, the groups it lost the last two presidential elections. I have this gnawing feeling the GOP hasn’t learned much from its back-to-back defeats.

I’m not convinced among the current slate of GOP contenders there is a field of dreams candidate, who possesses a compelling message or strategy to win enough woman and minority votes absolutely critical to being elect president in 2016. I don’t think Hillary is a champion for women because she stood by her cheating husband for political gain and power. And she certainly isn’t a champion for average Americans, as she carped to ABC News Diane Sawyer about her and Bill leaving the White House dead broke, struggling to pay two mortgages, etc. etc. But many Americans, ignorant of the issues, are so seduced by the image of Hillary they are salivating at the prospect of giving her what she wants and making history.

Republicans need to give the American people a real alternative to salivate over, a candidate with substance, a record, a vision and charisma. While I hate to admit this, I’m beginning to think if Hillary is the Democrats forgone conclusion for 2016, the GOP needs to nominate former Governor Jeb Bush. I don’t agree with his immigration policy, but Jeb has a record of success as governor of Florida and he’s likable. Jeb could also go head to head with Hillary in debates. If the Clintons are going to keep running for president, why can’t the Bushes? Just saying.