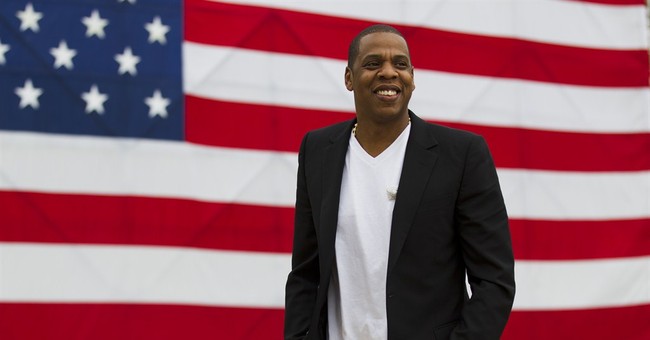 The fact blacks praised Jay Z for his comments on the Zimmerman verdict and bashed CNN’s Don Lemon for pointing out the problems blacks bring on themselves is exactly what’s wrong with “Black America.”

I’ve always rejected the news media and self-appointed black leaders' persistent efforts in relegating blacks into a group of political zombies, void individualism and personal responsibility. But against the backdrop of the George Zimmerman murder trial of Trayvon Martin and the race hustlers’ desperate attempt to turn the “event” into a white on black hate crime, the ugly scab of black culture was revealed.

This fake race war also brought out the worst behavior in black Americans who called people like me and Don Lemmon, “house niggas, sellouts, and Uncle Toms” among other unsavory names for daring to offer constructive criticism and say blacks are their own worst nightmare and need to take responsibility for their bad behavior!

During his CNN show this weekend, Lemon admitted now the trial was over he felt he could offer some “tough love” about the ills facing the black race. He said he didn’t want to do that during the trial because it was a “deflection” from what happened to Trayvon.

In a pointed monologue, Lemon agreed with Bill O’Reilly’s observations the near collapse of the black family (73% of black babies born out of wedlock) is the number one cause, as I have said repeatedly, for the pervasive violence gripping the black race and driving its economic decline.

But Lemon said O’Reilly didn’t go far enough. He told blacks there were five things they shouldn’t do.

Five: Wear their pants hanging off their butt because it comes from the prison culture where inmates aren’t allowed to wear belts and the lower hanging pants indicate “which role a prisoner will play during male on male prison sex.” Four: stop using n***er in any way because it’s abhorrent.

Three: stop trashing the neighborhood where you live. Two: get an education. One, “just because you can have a baby, it doesn’t mean you should.”

Basic common sense advice. But many blacks didn’t want to hear this truth and insulted Lemon with profanity laced tweets, making themselves look like the savages other Americans, including other blacks, fear.

In contrast, when Jay Z offered up his cup of Zimmerman racist juice, blacks happily drank it up. Commenting on the not guilty verdict, millionaire rapper Jay Z said, "I was really angry, I didn't sleep for two days.” He added that Trayvon was just going to the store to buy Skittles and a drink and “had no intention of robbing anyone."

“We all know it was wrong. It was wrong. . .First of all, you're not a professional to profile someone. . . This guy's a (effing) mall cop,” Jay Z declared of Zimmerman.

Jay Z must be a mind reader because evidence gathered in the case, some of which the defense wasn’t allowed to present during the trial, revealed Trayvon wasn’t such an innocent 17 year old teen. He was suspended three times from school and stolen jewelry and a burglary tool were found in his locker. Text messages from Trayvon’s cell phone also showed he liked to fight, wanted to buy a gun and get high on codeine. Text messages exchanged with a friend, who told Trayvon how to make Lean or Purple Drank, using fruit juice, Skittles and cough syrup with codeine in it like Robitussin. Martin’s toxicology report showed his liver was damaged consistent with drug abuse caused by Lean.

I guess Jay Z didn’t bother with the fact the FBI’s investigation last year into the incident concluded race had nothing to do with Zimmerman killing Trayvon. And Jay Z couldn’t be bothered with the fact some jurors said there wasn’t enough evidence to convict Zimmerman and the case should never have been brought to trial.

As a former drug dealer, who’s been shot three times, blacks shouldn’t care what Jay Z thinks. Jay Z has no credibility talking about racism or violence, because as Lemon noted, hip-hop and rap stars like Jay Z glorifying a thug culture is “making a lot of people rich, just not you.” In fact Jay Z’s music incites young black males to violence. Maybe Jay Z should lose some sleep over that.

Did Travyon Martin deserve to die? No. Could Travyon Martin’s upbringing and not enough parental attention have had something to do with his death? Possibly. Could Trayvon have thrown the first punch and tragically died as a result of it? Yes.

What angers many blacks about the Zimmerman trial is it uncorked how fed up Americans are with all the excuses so called “black leaders,” Democrats and the media always make for the black race’s failings. A violent, black sub culture that glorifies crime, misogyny, profanity, and hatred of whites is driving the high crime, high school dropout rates, illegitimate births, poverty and government dependency rooted in the black race. We need more black people like Don Lemon to have the audacity to repudiate this behavior, not apologize for it.