Stocks in the News: Bring on the Bulls 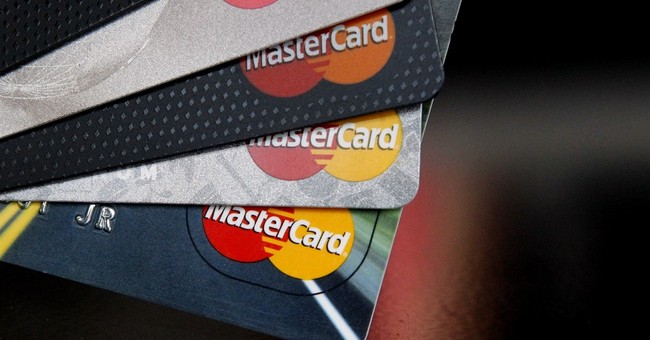 MasterCard reiterated a bullish financial outlook for the remainder of 2013, and the market responded by driving the share price to new highs.  Reuters reported that five Wall Street firms immediately raised their price targets on MasterCard.  S&P says, “We see significant opportunity in the healthcare industry's transition to digital payments.“

Earnings growth projections have increased to 18-19 percent per year  over the next three years.  The company has $5 billion in cash, no debt, and a $1.7 billion share repurchase program.

The stock is up 23% since we began recommending shares to investors in March.  After an August correction, it broke out of a trading range on the upside yesterday. 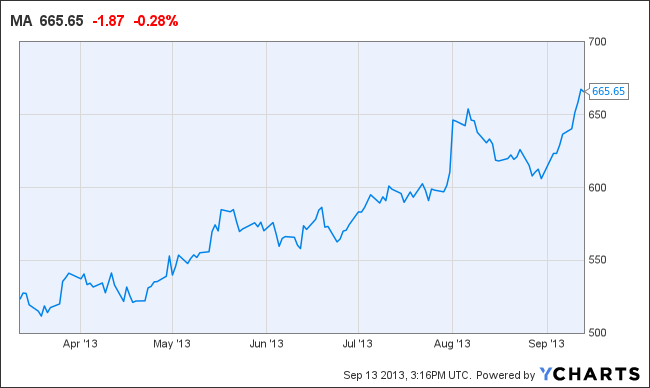 "Beauty retailer Ulta Salon surpassed Wall Street estimates again, reporting second quarter earnings of 70 cents per share, vs. the expected 67 cents, on good revenue growth.  Ulta  opened another 33 new stores in the quarter, with a target of 125 new stores for the full year.  Citi Research likes Ulta’s new CEO, and says, “We…believe her leadership will serve the company well as they continue to focus on growth and expansion.”

The stock surged on today’s news, breaking out to all-time highs.  Momentum investors should buy on a pullback to catch the next upswing in the share price. 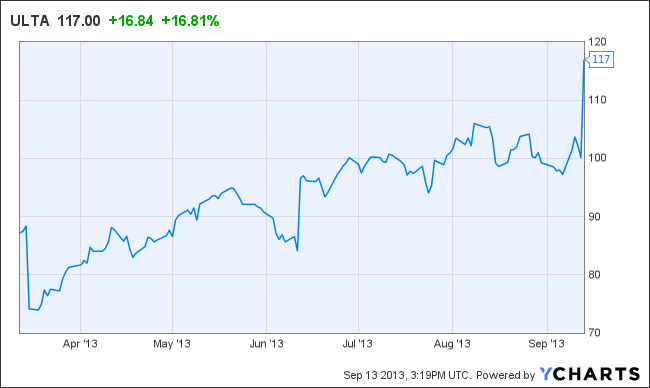 After years of capital spending on theme parks, cruise ships and resorts, Disney plans to direct cash flow toward increasing share repurchases.  Buybacks will increase from approximately $4 billion annually, to up to $8 billion in fiscal 2014, which begins in October.  Some of the repurchases will be financed through debt.

Projected 2014 & ’15 earnings growth in the mid-teens is coming primarily from resort & theme park performance, and the Lucasfilm acquisition.  The PE is 17.

After a long run-up, the stock’s been trading sideways since April.  We encouraged investors twice recently to accumulate Disney shares below $62.  The stock will likely trade between $63 and $68 in the near-term as it prepares for its next run-up. 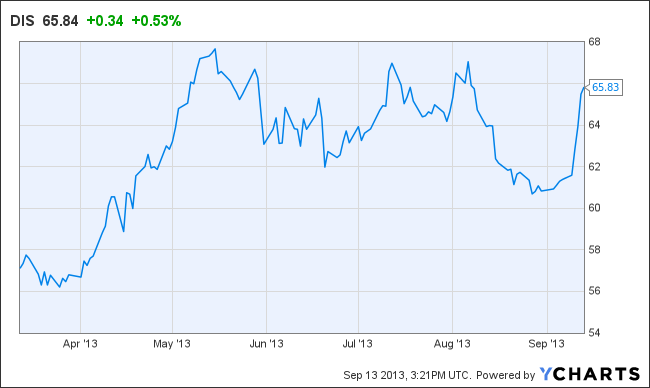