Stocks in the News: Time Warner Kicks Retirees Off Healthcare Because of Obamacare

Property developer Wang Jianlin is now China’s richest man, with a net worth of $22 billion.  Bloomberg is reporting that Jianlin “has hired two investment banks to buy hotel-management companies in the U.S.”  Shares in Marriott International are up about 3% today based on takeover speculation.

Marriott’s earnings are expected to grow 16-18% per year for the next three years.  However, their long-term debt ratio is extremely high at 153% and their cash position is weak at $88 million as of December.  It makes sense that a cash-rich investor could appeal to Marriott’s board of directors.

Traders and takeover speculators could accumulate shares at $41, but we wouldn’t otherwise recommend the stock due to the company’s cash and debt positions. 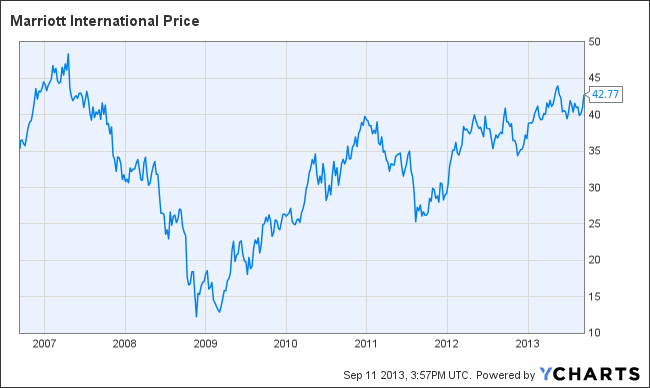 Time Inc. has agreed to purchase American Express Publishing for approximately $100 million, for which parent company Time Warner can easily write a check.  American Express “is selling the magazines because banking regulations restrict the company from non-financial activities,” reports Bloomberg.

Earnings per share at AmEx are expected to grow 10% per year for the next three years.  The company gets over half its revenues from card spending, while maintaining strong credit quality and an extremely low delinquency ratio.

AmEx shares broke past long-term resistance in May, and have traded between $71 and $79 since that time.  The company is doing well financially, but there’s no compelling reason to purchase shares. 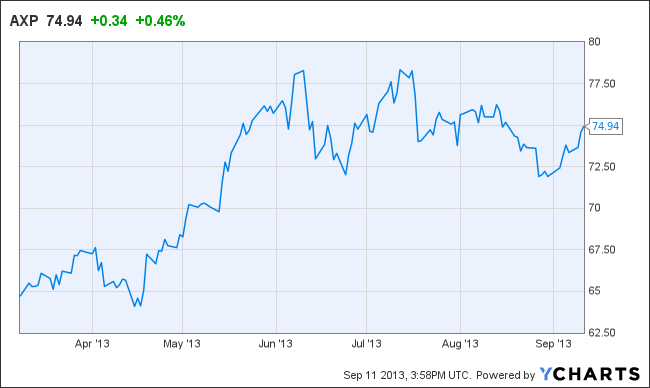 “Time Warner Inc. says it plans to move its retired workers off its health plan and provide money to them to purchase coverage on private exchanges at the beginning of next year,” reports Fox News.  The benefit change mirrors an identical decision made by IBM last week, and is attributed to rising healthcare costs.

Earnings at Time Warner are projected to grow 14-15% per year for the next three years.  Time Inc. will spin off from Time Warner in first quarter 2014.  Now that we’ve seen competitor News Corp. spin off 21st Century Fox, which brought immediate profit to shareholders, we think Time Warner shareholders will be equally well-rewarded.

Shares are up 18% since we began recommending the stock in February.  The share price experienced an orderly correction within an uptrend during August, and could easily begin reaching new highs again near-term. 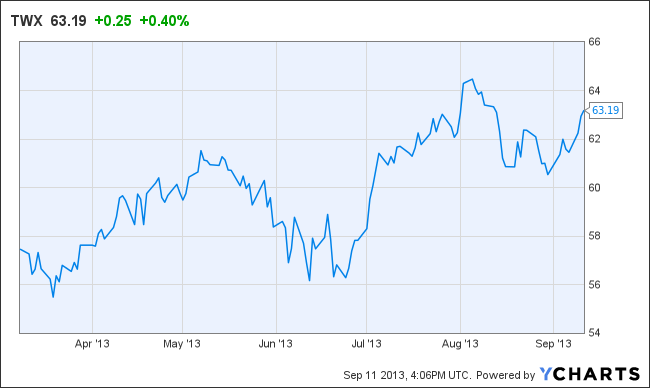 
Trending Townhall Video
Top Vaccine Expert to Young People: Don't Get the COVID Vaccine Booster
Matt Vespa
The Narrative Is Changing Again on Gas Prices
Rebecca Downs
Sen. Josh Hawley Wants to Know Why Pro-Lifers Are Held to an Unequal Standard by Biden's DOJ
Rebecca Downs
Karine Jean-Pierre Seems to Have Missed the Narrative About Joe Biden Running Again
Rebecca Downs
There’s Been Another Surprising Poll Out of Washington
Rebecca Downs
Even Some Liberal Outlets, Polls Coming Around on Admitting Republicans Still Have a Midterm Edge