Stocks in the News: Small Pharma Could Be a Big Buy 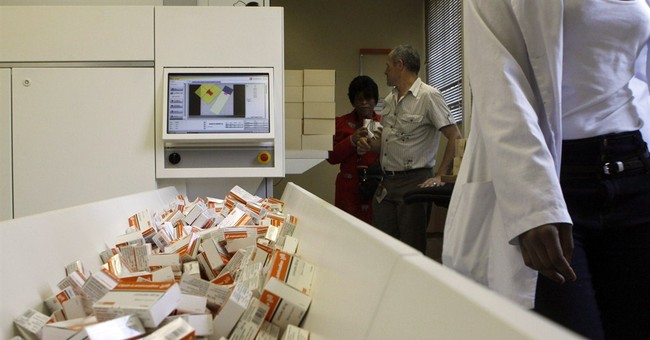 Isis Pharmaceuticals will receive $100 million from Biogen Idec in a six-year agreement to develop treatments for neurological disorders, and up to $220 million thereafter for each new drug compound.  This marks the fourth recent collaboration between the companies, which is expected to bring new drugs to market annually beginning next year.

Isis is a small-cap aggressive growth company which typically takes a net loss every year.

The share price shot up to the low $30’s this summer, then corrected.  The stock could appeal to traders while it ranges between $28 and $34 in the near-term. 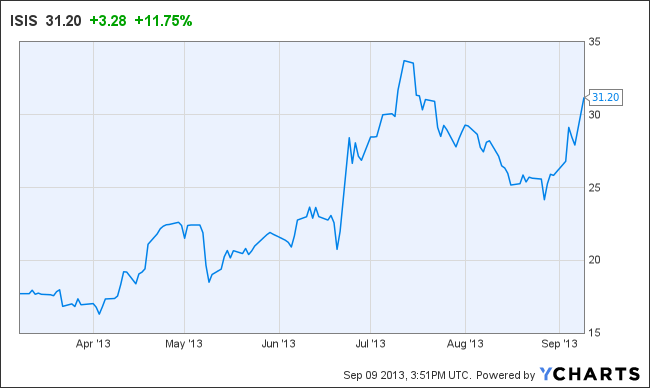 Crown Castle, operator of wireless towers and infrastructure, has begun the process of reorganizing as a Real Estate Investment Trust.  REIT’s typically pay substantial dividends to shareholders.  The company has not yet commented on future payouts, but S&P recently said, “We view the shares as highly attractive, given our expectations for strong free cash flow growth.”

The stock has been trading between $67 and $81 all year.  Crown Castle shares could appeal to growth & income investors and traders for the future dividend and the wide trading range. 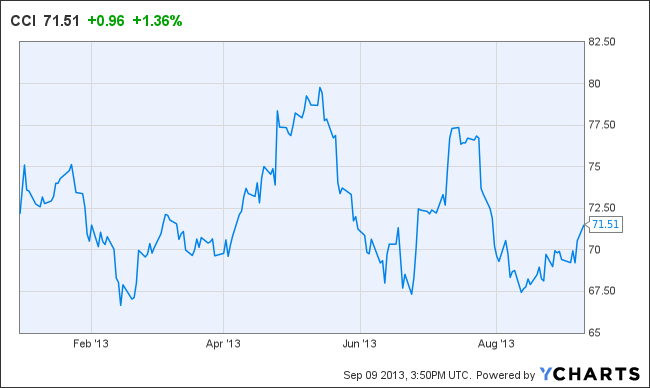 Delta Airlines will join the S&P 500 index after the close of business on September 10, replacing BMC Software.  BMC is being acquired by Bain Capital.

Delta’s earnings projections have increased since our July report, now expected to grow 48% in 2013.  The PE is 7.6.  The company is focusing on debt reduction; and return of capital via increased dividends and a $500 million share repurchase program.

The stock price is up 52% since we told investors to buy at $14 earlier this year.  The stock is on an uptrend, most recently trading between $19 and $22 since mid-July. 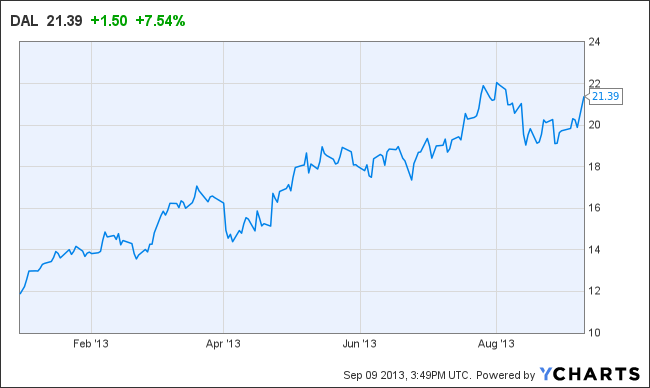