Ciena has not earned a full-year profit since 2008, but is on track for solid profits this year, climbing another 88% next year to record numbers.  Caution is warranted, as the PE is 44, and the company has a very high long-term debt ratio.

Ciena shares are up 21% since we called Ciena a trading buy on June 6.  The stock will likely trade between $21 - $23.50 in the short-term, then break out on the upside, with medium-term resistance at $28.  Experienced traders and aggressive growth investors should try to buy on a bounce to $21. 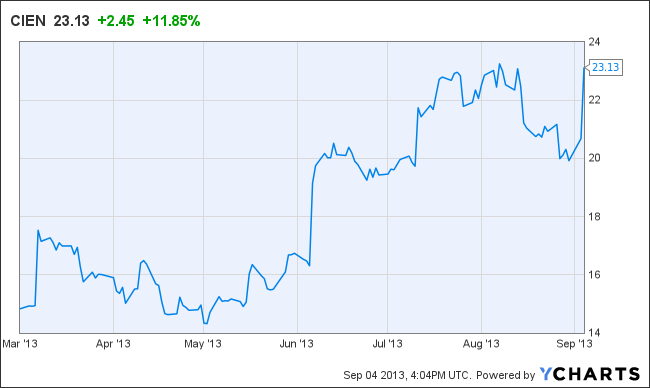 Ford reported August retail sales up 20 percent to their highest levels since 2006, with total sales up 12.2%.  Fourth-quarter production will be up 7 percent year-over-year.

Ford shares are up 26% since we said “buy” on May 2.  We then cautioned investors after two big price run-ups since May, but now that the August price correction appears to be over, we are again bullish on Ford shares.  There’s medium-term resistance just under $19. 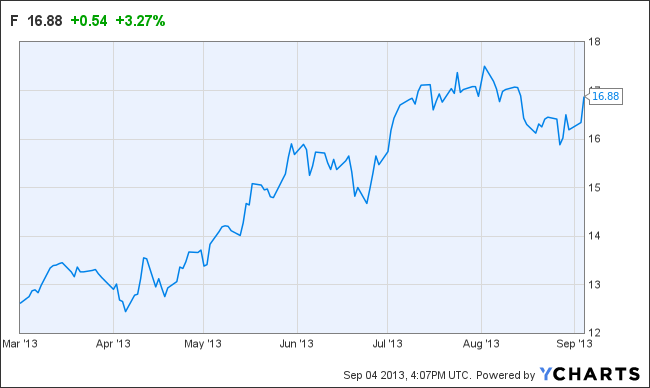 Cantor Fitzgerald is bullish on shares of tech giant Apple Inc.  “Apple is on the verge of an extended product cycle that we believe will include a refresh of existing products, increased penetration within existing device categories and entirely new market opportunities,” says Cantor analyst Brian White.

Apple will unveil new models of the iPhone in the U.S. and China on Sept. 10th and 11th, and might also reveal a new, long-awaited partnership with China Mobile.

Shares are up 19% since we called Apple a trading buy on July 2. Full-year earnings are expected to fall 11% this year, followed by slow growth, but there are investors who love to own Apple.  Apple bulls should accumulate shares under $490. Everyone else should look for stocks with strong earnings growth. 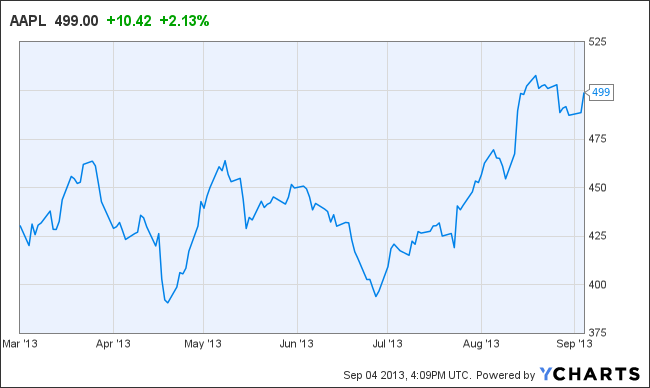