Bank of America Corp. plans to sell its holdings in China Construction Bank Corp. for  $1.5 billion, in a move to clean up its balance sheet and enhance its capital ratios.

Bank of America had several unprofitable years after the 2008 Financial Meltdown.  Earnings per share are now growing aggressively, from 25 cents per share last year, to a projected $1.59 per share in 2015. 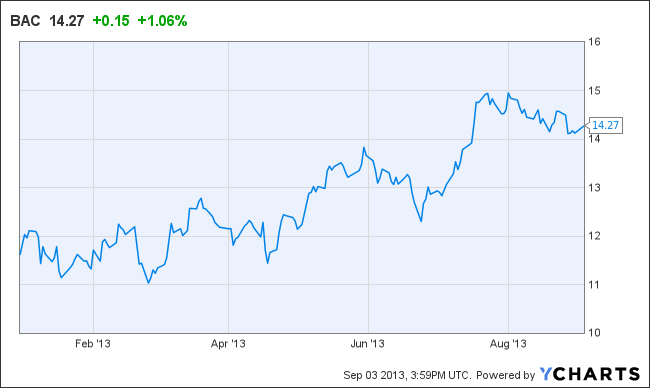 Citigroup sold more than $6 billion in private-equity and hedge-fund assets in order to “comply with new regulations that restrict banks' holdings of alternative investments,” reports Reuters. “The so-called ‘Volcker rule’ is still being finalized, but is likely to be implemented within a few years. It prohibits banks from investing in any funds they do not manage.”

Earnings growth projections have increased significantly since we reported on Citigroup in July, now expected to rise 28% this year.  The PE is 10.  Share buybacks are expected to total $7.4 billion in 2014.

The stock has been trading sideways this summer, between $48 and $53, and should attract traders and growth stock investors. 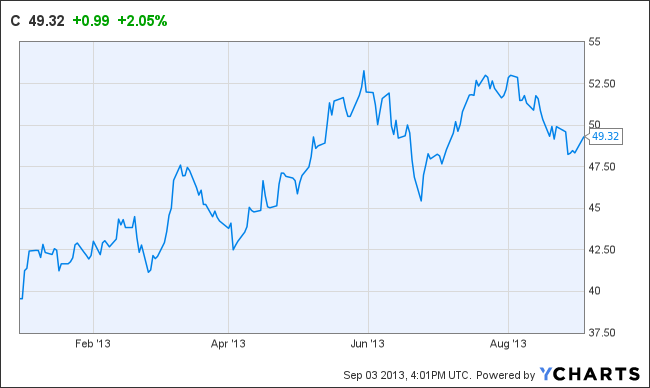 “Microsoft agreed to buy Nokia's mobile-phone business and license its patents for $7.2 billion, seeking to revive two smartphone businesses that have struggled for a half-decade to gain share against Apple and Google,” reports Bloomberg.

The deal will bring 32,000 Nokia employees to Microsoft, along with Nokia CEO Stephen Elop.  There is speculation that Elop will be chosen to succeed CEO Steve Ballmer, who plans to retire next August.

Our Ransom Note trendline says....  STAY ON THE SIDELINES. 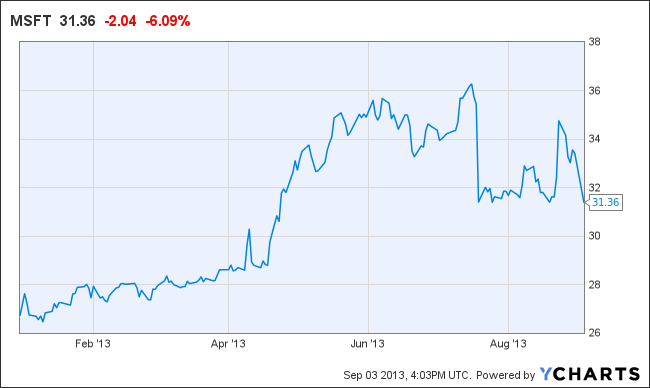